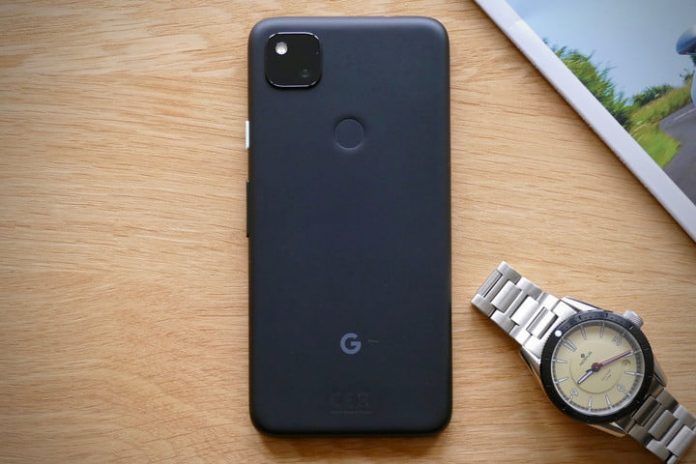 The Google Pixel 4a is undoubtedly one of the best budget smartphones around, featuring a flagship-level camera as well as great software and solid overall performance. Something very similar can be said for the Apple iPhone XR, which, despite being two years old, combines beauty, efficiency, user-friendliness, and a strong camera into an affordable package (at least compared to other Apple smartphones). It is arguably the best budget Apple device and should probably be your first option if you’re looking specifically for an Apple device that won’t leave a large, gaping hole in your wallet.

However, assuming you don’t have a particular preference when it comes to iOS versus Android, which is the best smartphone out of the Pixel 4a and iPhone XR? We take a closer look at both devices to find out, comparing their displays, designs, cameras, performance, battery life, special features, and price. This should help you decide which is the more affordable phone for you.

The Google Pixel 4a is a step up compared to previous Google smartphones, such as the Pixel 3a. It gets rid of the glaringly-large forehead bezels of yore and replaces them with a tidy edge-to-edge display featuring a punch-hole selfie camera in the top left. It does look very nice in screenshots, but when you actually hold the phone, most of the attraction disappears since its rear casing is made of a very cheap black plastic. As we argued in our review, this really is the worst feature of the 4a, and it tarnishes its more redeeming qualities a little.

The iPhone XR, on the other hand, looks pretty much like every Apple phone since the iPhone X (not including the iPhone 8 or the latest SE). It also has an edge-to-edge display, save for the characteristic notch, and while the presence of this notch is getting a little predictable, the phone still looks great. Its beauty is helped by its glass rear, which, in contrast to generic black plastic, does provide the XR with noticeably more sophistication.

Things improve for the XR when it comes to durability. It has an IP67 rating, while the Pixel 4a lacks any kind of IP certification. In practice, this should mean that Apple’s phone withstands exposure to dust and can survive immersion in 15cm to 1 meter of water for up to 30 minutes.

Combined with the superior design, this superior durability provides the iPhone XR with the win in this round.

The Pixel 4a runs on a Snapdragon 730, while the iPhone XR houses an Apple A12 Bionic chip. Comparing these two processors is like comparing apples (no pun intended) and oranges since each operates a little differently. The same goes for how RAM functions in both devices, since even though the 4a offers 6GB of RAM and the XR only 3GB, iOS and Android devices use RAM differently.

This means the 4a and XR will have roughly similar performance. We found in our reviews of both devices that they each perform well, handling most tasks without any obvious struggle or slowdown. They may not have the muscle of flagships such as the Samsung Galaxy Note 20 or iPhone 11 Pro, but they certainly get the job done in most cases.

On the other hand, the Pixel 4a comes with 128GB of internal storage as standard, while the XR comes with 64GB, with the option to upgrade to 128GB for an extra $50. Given that both are supposed to be budget phones, the need to pay an extra $50 to bring the XR up to the 4a’s speed may be a turnoff for some shoppers.

The Pixel 4a also offers a larger, 3,140mAh battery, while the iPhone XR makes do with 2,942mAh. This isn’t a massive difference on paper, but our reviews found a noticeable difference in practice. The Pixel 4a can last for two days of moderate to heavy use, while the XR goes for just over a day. Combined with slightly more powerful fast charging (18W versus 15W), this gives the 4a the edge in the battery stakes.

In light of the Pixel 4a’s superior internal storage and battery, we’re giving this round to Google.

We’ve run out of new ways of saying just how great the Pixel 4a’s camera is. It packs only a single 12.2MP rear lens, but Google’s artificial intelligence (A.I.)-based software means that it can take great pictures in virtually any situation. You really can get away with just pointing the phone at a scene and taking pictures without having to think too hard about what you’re doing. It’s every bit as good as most cameras on phones worth more than double the price, including the Pixel 4’s (excellent) camera.

The iPhone XR’s camera is also excellent, but not quite as excellent. It’s basically the same 12MP camera you can find on the iPhone XS, albeit without the additional telephone lens. It can take very good, very vivid photos in most situations, although its Portrait Mode can be used only with people (in contrast to the Pixel 4a’s Portrait Mode).

The two smartphones have roughly similar video capabilities. Both let you shoot 4K film, although the XR lets you do this at 60fps, while the 4a goes up to only 30fps. Having said that, the 4a lets you capture 1080p film at 120fps, while the XR does this at a maximum of 60fps.

This round is pretty close, but because the Pixel 4a’s camera is more versatile and adaptable than the XR’s, we’re giving this round to the Pixel.

Software rounds are always tricky in the context of Android versus iOS. The question of which operating system is better really depends on your priorities as a user of smartphones. If you place a high premium on security and accessibility, iOS phones may be better for you, but if you prize customizability and alternative app stores, then Androids may be the way to go.

Both phones are evenly matched in terms of updates. You’re just as likely to be well-supported with updates for a Pixel 4a as you would be owning an iPhone XR. This round is a draw.

The Google Pixel 4a really has only one special feature: Its flagship-level camera. Needless to say, it doesn’t disappoint, and you’d be hard-pushed to find a better camera on more expensive devices. At the same time, the Pixel 4a also boasts a variety of Google-exclusive features, including Google Maps’ augmented reality directions and the A.I.-based Call Screen.

As for the iPhone XR, its special feature is its TrueDepth selfie camera system, which enables Face ID. This makes it more secure than phones that use a fingerprint-based unlocking system, although these are generally secure enough anyway. The TrueDepth camera also enables Memojis, which are fun, lifelike avatars that can mimic your facial expressions and be used on FaceTime calls.

We’re going to call this round a tie. The TrueDepth camera has been around for a while now, and while the Pixel 4a’s camera and A.I. features are great, we struggle to break the two apart in terms of real-life usability.

The Google Pixel 4a is available for $349. Google has confirmed that it will be sold from Verizon, US Cellular, and Google Fi. It will also be available through Amazon, Best Buy, Walmart, Xfinity, C Spire, and Spectrum Mobile.

The Apple iPhone XR begins at $599, while you’ll have to pay $649 for the 128GB version. It’s available from Apple and from all major carriers and retailers.

Both smartphones have much to recommend them, but the Google Pixel 4a is a better budget smartphone overall than the Apple iPhone XR. Its touchscreen is sharper, its camera is better, and its battery is bigger. At the same time, its performance is just as strong, while it benefits from slick software and regular updates, just like Apple’s phone.

There’s also the fact that the Pixel 4a is about $250 cheaper than the iPhone XR. Even if you’re not too fussed about saving money, it still is the best phone of the two. That is unless you place good looks above all other criteria — in that case, the cheap black plastic of the Pixel 4a means it won’t impress you as much as the XR.