Everything Apple didn’t announce at the September 2020 event 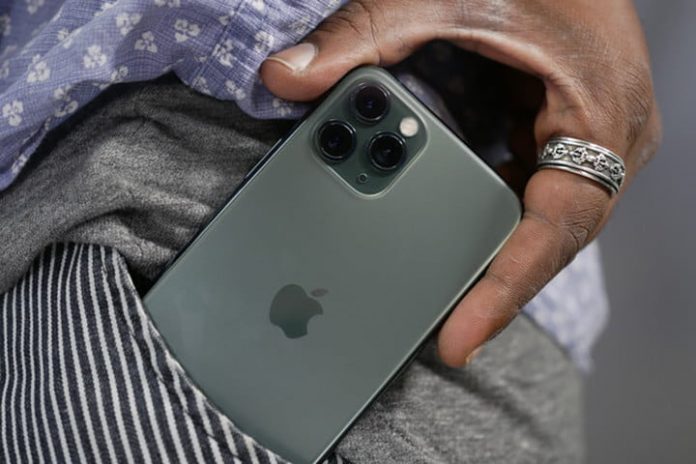 Apple’s September event was unlike many of the Cupertino, California giant’s shows in that it was quite light on announcements. While everything that was announced caught our attention, from the redesigned iPad Air to the brand-new Apple Watch SE, there were plenty of devices that were rumored in the run-up to the event that never made an appearance.

Here’s everything that was absent from Apple’s event, why we think it was missing, and when each product could finally show its face.

Apple traditionally holds a September event where it unveils its latest iPhones to the world. That did not happen this year, but that is not much of a surprise. Over a month before the event, Apple CFO Luca Maestri explained that the company would start selling iPhones “a few weeks later” than its usual September launch date. It is widely thought that this delay has been caused by the coronavirus pandemic and its impact on Apple’s supply chains.

When might we see the new iPhones, then? Rumor has it Apple is planning an October event to showcase its latest phones, and that lines up with Maestri’s claimed delay of “a few weeks.” Apple leaker Jon Prosser said in August he expects the event to take place in the week of October 12, so we will have to see if that pans out.

Apple may need some additional dedicated event time for the next iPhone because the company is rumored to announce up to four new models this year. They include the iPhone 12, iPhone 12 Max, iPhone 12 Pro, and iPhone 12 Pro Max.

We are on the verge of the biggest shakeup to the Mac in years, but we are going to have to wait a little longer for Apple to unveil its first-ever Apple Silicon Mac. The company promised the first Mac of the new era would be revealed before the end of 2020, and it now looks like the touted October event is the most likely date for that to happen.

With only a handful of devices announced at its September event, Apple probably could have squeezed new Macs into the running order. The fact that it did not suggests either that Apple wants to make a larger splash by showing them off alongside its new flagship iPhones, or that the pandemic has delayed things a little longer. Either way, it is likely we will soon get our first glimpse of an Apple Silicon Mac.

The initial products are rumored to be the return of a 12-inch MacBook, a 13-inch MacBook Pro, and possibly an updated MacBook Air. These new laptops may even feature a modified version of the A14 chip, which will be featured in the new iPad Air.

Apple has started to expand outside of its core product territories in recent years, but most of these new products have been software-based. It is rare for it to announce an entirely new product category, which is what made the rumors of AirTags — small Tile-like trackers for your important possessions — so attention-grabbing.

There’s a lot we don’t know about the AirTags, whether that’s how they compare to Tile trackers or how they fit into the Apple ecosystem.

The mystery of these button-shaped trackers is likely to go on for at least a little longer, as Apple said nothing on-stage at its September event. Pencil them in for the October event, though, and the secret may finally come out.

Apple owns the Beats line of headphones, but there has been chatter for a while now that the company wants to phase out Beats and replace it with its own Apple-branded, over-ear headphones. According to analysts, these would be dubbed AirPods Studio.

Some of the rumors for these new headphones include support for ANC (active noise cancellation), neck detection, capacitive touch gestures on the earcups, and a $350 starting price.

Beyond that, details have been rather thin on the ground on this device, and it seems it is not quite ready for prime time. That is not to say that Apple will not bring out StudioPods sooner or later, but they were totally absent from its September event.

According to reports from earlier this year, Apple has a smaller, more affordable HomePod in the works. The first HomePod wasn’t apparently the smash hit that Apple hoped it would be, likely due to the high asking price of $349. Apple even dropped the price of the original HomePod down to $300 in 2019.

This smaller HomePod could feature reduced audio quality, using just two tweeters rather than the seven of the original HomePod. Beyond that, we don’t know much about this new HomePod — let’s call it the “HomePod Mini” for now.

The initial reporting from Bloomberg stated that this new HomePod would launch in the fall of 2020. Since it was absent from the September event, there’s a chance Apple could announce it via a press release or include it in the presumed October iPhone event.