Home News These hilarious ads from the 1980s and ’90s show how far mobile...
News 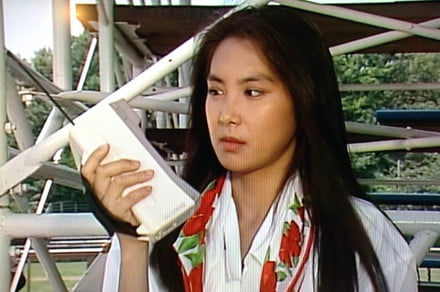 With Samsung having just released several of its latest flagships phones and Apple gearing up to launch the highly anticipated iPhone 12, we can expect to see some pretty slick marketing campaigns in the coming weeks and months. So before all that kicks off, let’s take a moment to enjoy some classic mobile phone ads and marvel at how different it used to be when it came to hawking a handset to the masses.

The opening scene of this ancient Radio Shack commercial cleverly lulls us into a false sense of security by showing us a device that appears to consist of only a handset. Just as we start to feel impressed by the “small” size of this handset, the carefully constructed illusion is suddenly blown away as the guy exits a car carrying an enormous box that’s also needed to make the darned thing work. It’s really all downhill from there.

This Motorola commercial from the 1980s heralds the arrival of a handset that “weighs only 30 ounces.” That’s 850 grams, or 1.9 pounds — frickin’ heavy for a phone. “Eventually, seeing people using cellular phones may seem as commonplace as someone checking time on an electronic watch, figuring on an electronic calculator, or programming on an electronic computer,” the ad’s narrator proclaims.

Nokia gets creative with this sterling effort from late 1997. “Small words are hard to read,” the voice-over says, “Which is why at Nokia we make our screens big.” Now remember, this is the 1990s, so of course the display is about the size of two postage stamps.

Here’s another valiant attempt by Radio Shack to make bricks look cool, with this commercial using a version of He’s Got The Whole World In His Hands as its upbeat soundtrack. And looking at the size of the phone, it kinda looks that way.

Visions of the cordless future

This genuinely humorous ad from Japan shows a guy for whom a cord-connected phone is clearly no problem at all when it comes to making a call on the move. But the commercial ends with a much more convenient solution — if you have the strength to hold it, that is.

Phonepoint’s flash in the pan

If this 1980s effort from British Telecom appears to be little more than a bunch of hastily cobbled together clips overlaid with some dodgy music, that’s because it is. See the “Phonepoint” sign near the start? This was a short-lived system that let you make — but not take — calls when you were within range of a Phonepoint access point. No, this particular platform didn’t last long.

The pinnacle of convenience

In this second commercial from Japan, we see a woman placing her giant phone inside a case (in this instance, something akin to a gym bag) before going on a trip. We then see her speaking on the device with varying degrees of dramatic intensity as she goes about her day, with the ad’s tagline — “Use it to make calls any place, any time” — promising real convenience if you can be bothered to lug the thing around.

Phones for the average Joe

With the rise of mobile phones, telecom companies were desperate for people’s patronage, so commercials from providers started popping up, too. Take this nutty effort from Ameritech — now AT&T — that’s extremely keen to show people that the mobile phone is no longer just for wealthy business folks who go around in chauffeur-driven cars.

Adopting a different approach to the commercials that went before, Apple’s 2007 effort for its then new iPhone told you absolutely nothing about the device. However, its appearance in the final few seconds is clearly designed to leave you feeling curious about what appears to be a compact and lightweight device that you can hold in your hand without fear of rupturing any ligaments.

Samsung followed several years later with the Galaxy S, and its slick commercial highlights some of the phone’s many features in a launch that marked the start of a major battle between the Korean company and its rival.