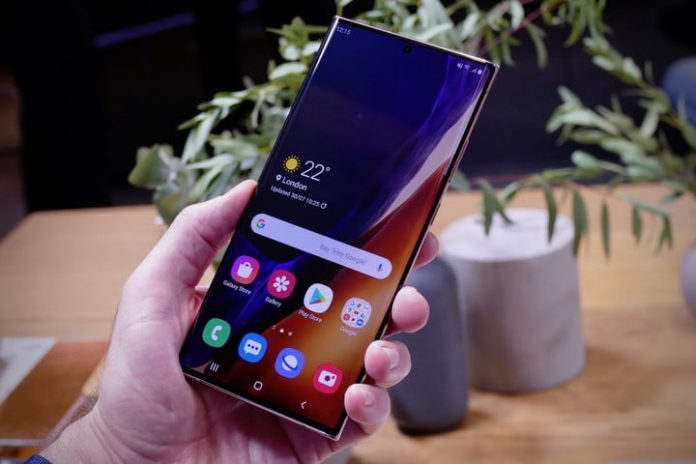 Like last year, Samsung has launched two new Galaxy Note phones. And this year, the Note 20 is joined by the Note 20 Ultra. Samsung’s new and gorgeous phablet is aimed at anyone who wants a high-powered phone with all the mod cons, including the S Pen, the powerful Snapdragon 865 Plus, and an extremely capable triple-lens camera module.

It’s not the only big and powerful phone with a grandiose name out there, though. The big iPhone of the moment is the iPhone 11 Pro Max, and Apple’s massive beast is a triumph of engineering, with a stunning design, sumptuous display, and more power than you can shake a stick at. Both of these devices have starting prices well above $1,000, so it’s unlikely you can own both. Which one should you spend your money on, and why? We found out.

The Galaxy Note 20 Ultra has a stunning design, especially in the Mystic Bronze color. The massive 6.9-inch AMOLED display stretches from edge to edge with barely any bezel, and there’s a front-facing camera neatly hidden inside a punch-hole in the center of the display. The edges curve gently, and the buttons and S Pen dock have been moved to make using the phone more ergonomic. The iPhone takes a different approach to design, and while it has a similarly slim bezel, the chunky notch at the top of the screen is far more noticeable than the Note 20 Ultra’s punch-hole. It’s not bad looking as a result, though, and the new matte texture on the back feels and looks great.

Each phone has a big OLED display, too, so you’re getting a big screen with a crisp resolution either way. The Note 20 Ultra’s display has an edge in crispness, but you’ll probably have to put your face right up next to the phones to see the difference. You’ll definitely feel the difference between the refresh rates, however. The Note 20 Ultra has a super-smooth 120Hz refresh rate, which means it refreshes twice as often as the iPhone’s 60Hz display. That means the Note feels more responsive and looks smoother.

Durability-wise, there’s less to separate the two. Both have an IP68 rating for water and dust resistance, and both have sleek glass bodies. The iPhone has a stainless steel frame, though, which makes it heavier and more durable than the Note 20 Ultra’s aluminum frame — but we think a protective case is warranted for either phone, so it shouldn’t matter too much.

Both of these phones look incredible, but it’s the 120Hz display that gives the Note 20 Ultra an edge the iPhone just can’t match.

These two phones are high-powered flagships, so you know you’re getting amazing power no matter which you end up choosing. The Note 20 Ultra is powered by the Qualcomm Snapdragon 865 Plus, and this chip will have no problem handling any number of app swaps, 3D games, and anything you can throw at it. The A13 Bionic processor on the iPhone is similar, and though the A13 tends to get higher numbers in benchmarks, it probably won’t translate to a tangible difference in real life. It’s a similar story where RAM is concerned — as iOS uses RAM differently from Android, the large difference between the two doesn’t have too much of an impact.

The Note 20 Ultra has the larger battery of the two, but we haven’t had much chance to test its ability yet. However, it’s up against a monster. The iPhone 11 Pro Max showcased amazing longevity in our review, and it’s not hard to see it going for two days with modest use. The Note 20 Ultra has faster charging and Wireless Powershare to charge other devices, but it’s obvious the best battery is one you need to charge the least. If the Note 20 Ultra has an incredible battery, we’ll return to this decision, but for now, the iPhone wins.

Every new iteration of a flagship phone will generally see some camera improvements, and these phones are no exception. The Note 20 Ultra has a triple-lens rear module, containing a 108MP main lens, 12MP telephoto lens, and a 12MP ultrawide angle lens. There’s a 10MP selfie camera around the front, too. So far, we haven’t had much chance to play with the Ultra’s camera, but we’re confident it’ll turn out to be a capable shooter with a versatile set of lenses.

Will it be enough to beat the iPhone 11 Pro Max, though? Apple’s new iPhone has only been bettered by Huawei’s P40 Pro and was the top of our best camera phones list until the release of the new Chinese flagship. Needless to say, the three 12MP lenses take some exceptional still images and excellent video. While this impression may change after we’ve had more time with the Note 20 Ultra, at the moment, we expect the iPhone to come out on top.

Personal taste is key when deciding between Android and iOS. The two operating systems have their upsides and downsides, and you probably already know or suspect which you prefer. On the plus side, barriers between the two have fallen over the years (culminating this year with the addition of widgets in iOS 14), so swapping between the two isn’t the seismic change it once might have been. It is worth noting that Samsung uses its own manufacturer skin of Android on its devices, One UI 2. It adds a bunch of additional customization options to stock Android, but it’s not one of our favorite skins by any means.

While it does have some good additions, One UI 2 is probably the reason updates take so long on Samsung phones. Samsung has been known to take up to six months to deliver the newest versions of Android — which isn’t the case when you switch to iPhone. Apple pushes out updates to its phones on the same day of release, and it also supports iPhones for a lot longer than any other manufacturer. The iPhone 6S from 2015 will be getting iOS 14, and that level of support isn’t something you get from any Android manufacturer.

The iPhone 11 Pro Max certainly isn’t lacking in special features. First is Face ID, Apple’s unlocking method that takes a 3D scan of your face and uses it to open your phone. That same feature also powers the Memoji and Animoji feature and allows you to make a cartoon version of yourself or an animal head that copies your head movements. iOS 13 added an excellent system-wide dark mode, which is perfect for when the lights go down.

The iPhone is up against a Galaxy Note, though, a phone range famed for its special features. You’ve got all the features you’d expect from a flagship Samsung phone, including Bixby, the Dex desktop mode, and 5G — but you’ve also got the S Pen. This nifty little stylus can control your phone as a remote or with air gestures, can scrawl quick notes down on the phone’s display, and adds a degree of precision you can’t get with a finger. The Note takes this pretty handily.

The iPhone 11 Pro Max is currently available from most major U.S. carriers and stores, and prices start at $1,100. The Samsung Galaxy Note 20 Ultra is available for pre-order and will release on August 21. Prices for the Note 20 Ultra start from an eye-watering $1,299.

As ever, the battle between Apple and Samsung is a close one, and this time, Apple’s iPhone 11 Pro Max comes out on top. Thanks to its top-tier processor, fantastic camera, and multiday battery life, Apple’s behemoth is the winner here. It’s the better of the two phones when viewed side by side.

You don’t have to accept this outcome, though. If you’d prefer an Android phone or if the S Pen’s utility has captured your mind, then seriously consider investing in the Samsung Galaxy Note 20 Ultra. It’s an amazing phone, and you’re unlikely to regret your decision. And if the S Pen doesn’t seem that special, buy the iPhone.