HomeNewsLeaked Galaxy S20 FE 5G renders show the phone in all its...
News 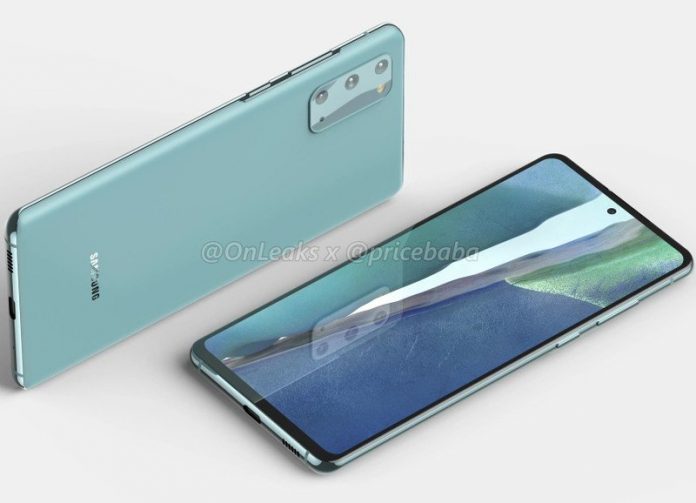 The phone will apparently have a plastic back, just like its predecessor. 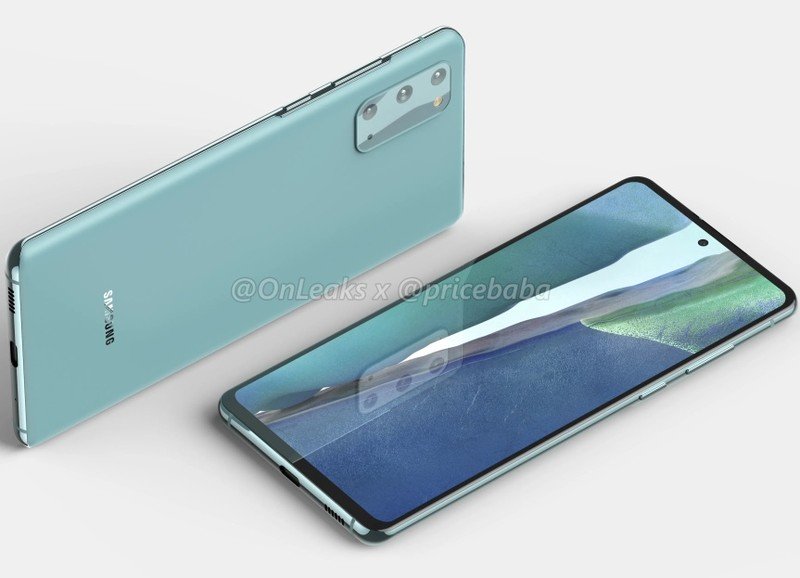 Earlier this month, well-known leaker Evan Blass shared the first render of the Galaxy S20 FE on his Patreon Page, revealing a flat display with a tiny centered hole-punch cutout. The first CAD-based renders of the upcoming smartphone have now been leaked, courtesy of Pricebaba and trusted leaker @OnLeaks.

The newly leaked renders confirm the Galaxy S20 FE will feature a flat Infinity-O display, although the exact size of the display hasn’t yet been confirmed. According to @OnLeaks, the display measures “between 6.4 and 6.5-inches.” The phone has a triple-camera setup around the back, likely featuring two 12MP sensors and an 8MP telephoto lens. While the overall design isn’t very different from the standard Galaxy S20, the S20 FE 5G is tipped to use a frosted plastic back, similar to the Galaxy Note 20.

Samsung Galaxy S20 FE is rumored to come equipped with the same Snapdragon 865 chipset as the other Galaxy S20 series phones in the U.S. In most regions, however, the Galaxy S20 FE could feature Samsung’s in-house developed Exynos 990 chipset instead. Previous rumors have also claimed that the phone will have a 120Hz refresh rate, IP68 dust and water resistance, as well as a 4,500mAh battery. On the software front, it is expected to ship with Android 10-based One UI 2.5 out of the box.

Rumors also suggest the phone will be unveiled in October this year and could be priced at $750 in the U.S.