Here’s everything we expect from Apple’s fall iPhone event 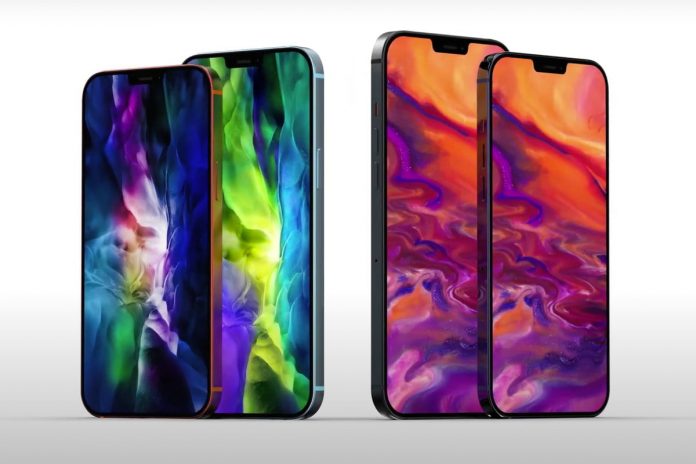 Apple unveils the latest and greatest iPhone model each fall, usually to much fanfare. But while the event happens every year at the same time, the anticipation for it is still always sky-high. Of course, there’s good reason for that — while the new iPhone model alone is reason enough to be excited, Apple also usually unveils other hardware, like a new Apple Watch model, and maybe a few surprises too.

This year could be a little different. Rumors have been surfacing for months about the possibility of Apple’s supply chain being slowed. Some rumors indicate that while Apple will announce the iPhones at the normal time, they won’t be available until a little later in the year. Also, along with the iPhone, we’re expecting some other announcements.

Here’s everything we expect to see at Apple’s fall hardware event, which usually happens around mid-September.

The main event, of course, will be the release of the iPhone 12, which is expected to represent the first major design change to the iPhone since the company launched the iPhone X. But it may not be as different as people some want. While the device will likely swap out the rounded edges for blockier ones, like the new iPad Pro, it will probably still retain the notch.

Of course, perhaps the most important change to the iPhone 12 will come in the form of internal upgrades. The device will feature a next-gen chip, and if history is anything to go by, it will be the most powerful mobile chip ever. Not only that, but the iPhone 12 may offer a camera upgrade too, and it’s likely that at least some of the iPhone 12 models will have support for 5G. Apple is actually expected to launch as many as four iPhone 12 models — including two lower-end devices that follow on from the iPhone 11, and two iPhone 12 Pro models.

For starters, the Apple Watch Series 6 will likely include an updated processor. Not only that, but Apple may add some extra fitness-tracking features — like the rumored blood oxygen-monitoring feature.

Next up is the iPad, and while the iPad Pro got a refresh earlier in the year, Apple isn’t done with its big-screen mobile device lineup yet. The entry-level iPad is also expected to get an update. The device currently has a 10.2-inch screen, but the new model’s display may be as large as 10.8 inches. Unfortunately, the device will likely keep its current design, with a home button and relatively large bezels — though considering how high-power it is, and how much you get for the price, that shouldn’t be a huge issue for most.

The AirPods line of headphones has been wildly popular for Apple, and the company is expected to capitalize on that with new models. Perhaps the most important is a new over-ear model of headphones, which will likely offer noise-cancellation, and cost $350. It will rival the likes of the new Sony WH-1000XM4 headphones and the Bose Headphones 700.

When it comes to features, the AirPods Studio headphones will offer tight integration with other Apple devices, as well as the new automatic device switching that was shown off at the Worldwide Developers Conference for the current headphones. The headphones may also offer sensors in the earcups and in the neckband, allowing for automatic pausing and playing when you take them off.

Even the HomePod may get a refresh in 2020. The original HomePod still offers excellent sound quality, classy design, and a number of smart features — but to truly compete in the smart speaker market, Apple will need to launch a lower-cost, smaller HomePod too. The so-called HomePod Mini will have Siri built into it, and while it likely won’t sound quite as good as the current-generation HomePod, it should still offer decent audio quality for music listening. Unfortunately, the HomePod Mini probably won’t cost as little as $50, like the Google Nest Mini and Amazon Echo Dot, but it should still cost a whole lot less than the HomePod, which cost $350 at launch.

We don’t expect to see much else from Apple this fall, but if the company were to release other devices, we have a few ideas of what we could see.

For starters, we could see the AirTags Bluetooth trackers that have been rumored for a while now. These tags would operate similarly to Tile trackers, allowing users to use the Find My app to keep tabs on things like their wallet and keys. AirTags may even offer AR support to help users find their things in a room.

Some rumors indicate we could see a new Apple TV with an upgraded processor. Not much else is known about the new device.

Apple is also committed to releasing a Mac with Apple Silicone before the end of the year. This, however, may not appear at the iPhone event. Instead, it’s likely that the product will be unveiled at another hardware event later in the year, perhaps in October.

We’ll update this article as we hear more about Apple’s upcoming products.