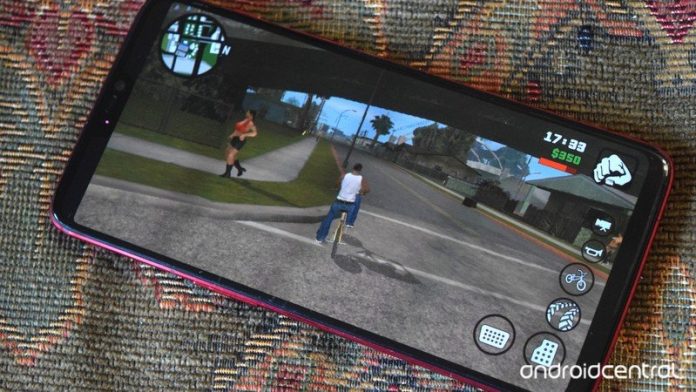 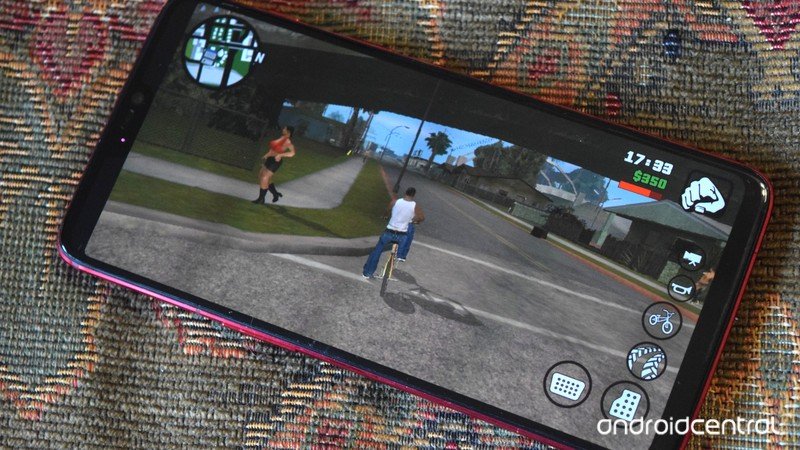 Full of crass humor and excellent gameplay, this is another mobile port done right.

I must be on an older game kick lately (even in Android land), but hey, nothing wrong with that, right? Sometimes, the older games are the better ones, not only because of nostalgia’s rose-tinted lenses, but because older games sometimes feel more… genuine? I guess I’m a jaded cynic when it comes to the gaming industry.

Anyhoo, that’s not what you’re here for. Grand Theft Auto has been a notorious gaming staple for years, and San Andreas was the first one of the series that I vividly recall (mostly because I played it against my parents’ wishes). From the meme-worthy “Oh —-, here we go again” to the blocky graphics, San Andreas has somehow withstood the test of time, despite it coming out the same year as Halo 2 and Half Life 2 (2004). Makes you feel old, doesn’t it? 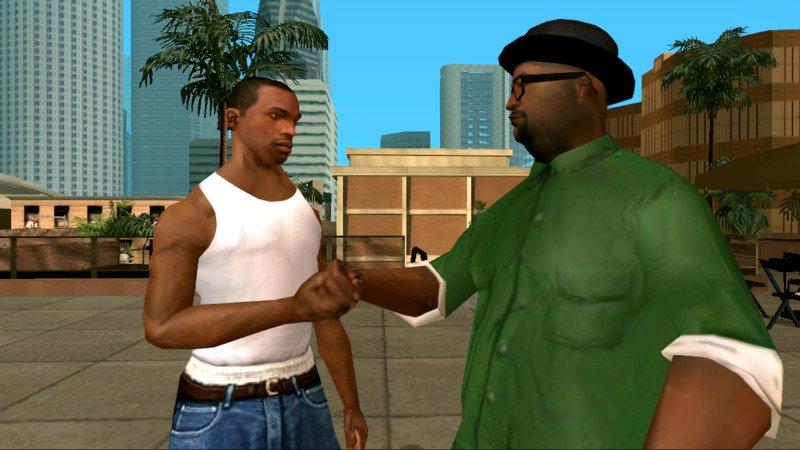 Luckily, San Andreas wasn’t relegated to the GOG library. No, like other wonderful classics like KOTOR and Symphony of the Night, it saw fresh life with a mobile port — after seeing various remasters for the past couple of console generations. War Drum Studios, the development studio who did the port, mirrored the original experience on the touchscreen so excellently. Despite how good the touch controls are, War Drum also packed in controller support, making GTA: San Andreas one of the best games on the Play Store.

That is, after all, the end goal of this Game of the Week series, to point out the best the Play Store has to offer — and let’s face it, there’s not a lot worth mentioning. Again, that’s the cynic talking. Back to San Andreas!

There’s also social commentary from the time as well, some of which remains apt to this day.

You play as CJ, returned home to the West Coast following the death of his mother. Upon his return, he’s thrust in gang violence across the fictional state of San Andreas. It’s a massive open world and there’s an absolute ton to do. Even if you don’t do everything altogether, you’re looking at an excess of 50 hours for a game that doesn’t even cost ten bucks.

You can also expect the typical humor that GTA is known for, which is hilariously and exceptionally crass, tons of action, and some of the most freedom in a GTA game. CJ can do a lot that future protagonists just couldn’t. You can see a bunch of inspiration from the 80s and early 90s, from how the stories play out to the soundtrack itself. There’s also social commentary from both the in-game time of 1992 and the game’s release of the mid-2000’s, some of which remains apt to this day.

For a few dollars, you get to play a gem of gaming history that presents value that is rare on the Play Store. Whether you pick up GTA: San Andreas or not, be sure to check out our best Android games roundup. And if you’re interested in checking out previous Games of the Week (like Titan Quest from last week!), then here’s what we have.

Game of the Week 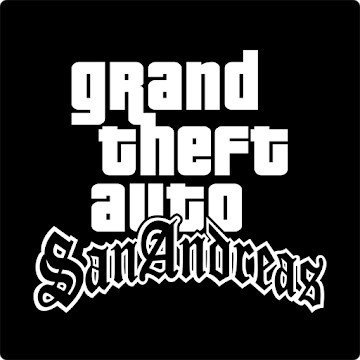 I can take rejection

One of my favorite games of the 00s, Grand Theft Auto: San Andreas is just plain awesome. The GTA experience is pretty well-known by now, so you probably know what you can expect, i.e. plenty of shenanigans.

The best CPU benchmarking software for 2022

Google reveals Pixel 6a pricing outside the United States

How to play Steam games on a Chromebook