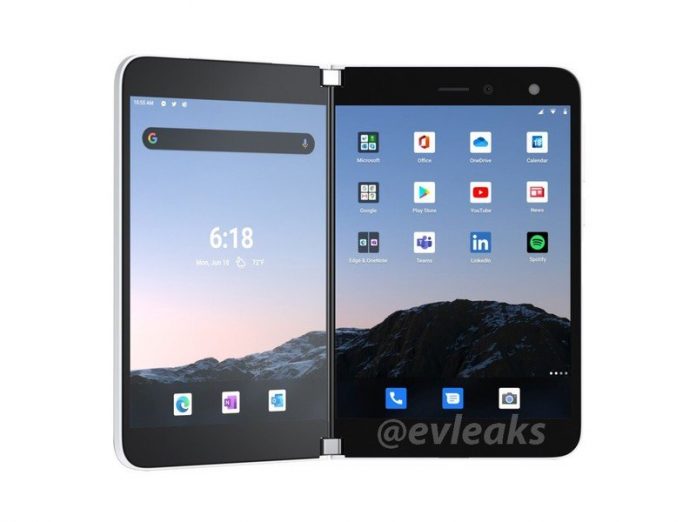 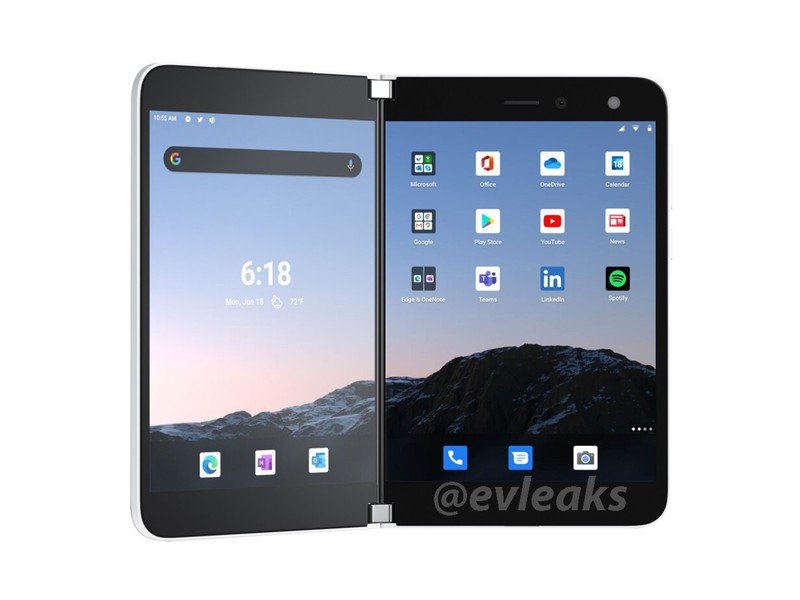 Surface Duo seems to be inching closer to a launch.

The Surface Duo hasn’t exactly been camera shy; we’ve seen Microsoft execs pose with the dual-screen device a lot over the last few months. However, if you’re hankering for another look at the Duo, a new set of renders have leaked courtesy of prominent leaker Evan Blass (@evleaks) (via The Surface Guide).

The images don’t really show us anything we haven’t seen before. They do, however, give a nice, up-close look at the Duo in various states of unfolding. Check them out below:

The more interesting part of this leak is that Surface Duo is reportedly coming to AT&T in the U.S. We still don’t know how much Surface Duo will cost, but carrier installment plans could make it far more affordable.

Microsoft hasn’t detailed all of the Surface Duo’s specs yet, but it’s expected to run a Snapdragon 855 with 6GB of RAM and up to 256GB of storage. A single 11MP camera is expected to be on board, just above one of the two 5.6-inch AMOLED screens.

Official word on the Surface Duo’s release date is still “holiday 2020.” However, we’ve heard that Microsoft is planning to ship the Duo much earlier, possibly during the week of August 24. Given that we’ve recently seen Duo pass through the FCC and other regulatory authorities, it seems like the launch is fairly close.

Facebook
Twitter
Pinterest
WhatsApp
Previous articleHow to use Apple Watch’s fitness features
Next articleGmail app getting crowded? Here’s how to remove the Meet tab from the app!