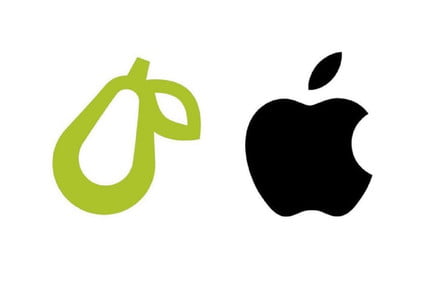 Apple has launched legal action against Super Healthy Kids spinoff Prepear over the service’s usage of a pear as its logo.

Prepear, an app and service that allows people to create custom meal plans from their favorite recipes, features a stylized pear as its logo. Apparently, Apple thinks that the logo is too close to its own.

Apple claims that the Prepear logo will likely be associated by consumers with its own logo due to its “minimalistic fruit design” and “right-angled leaf,” according to an image of the trademark opposition paperwork that was acquired by MacRumors.

Super Healthy Kids confirmed the legal action by Apple through an Instagram post, describing it as “a big blow” due to the tens of thousands of dollars that it will cost to fight against the legal action.

“While the rest of the world is going out of their way to help small businesses during this pandemic, Apple has chosen to go after our small business,” Super Healthy Kids wrote.

Super Healthy Kids has launched a Change.org petition not only to call for Apple to drop its legal action against the Prepear logo, but also for the company to stop chasing after other small businesses who decide to use fruit-related logos.

Apple is no stranger to copyright lawsuits, albeit at a much larger scale. Koss, the American company that essentially launched stereo headphones in 1958 with its invention of the Stereophone, recently sued Apple over five patents related to wireless stereo headphones.

Digital Trends has reached out to Apple for comments on the legal action and the Change.org petition, and we will update this article as soon as we hear back.