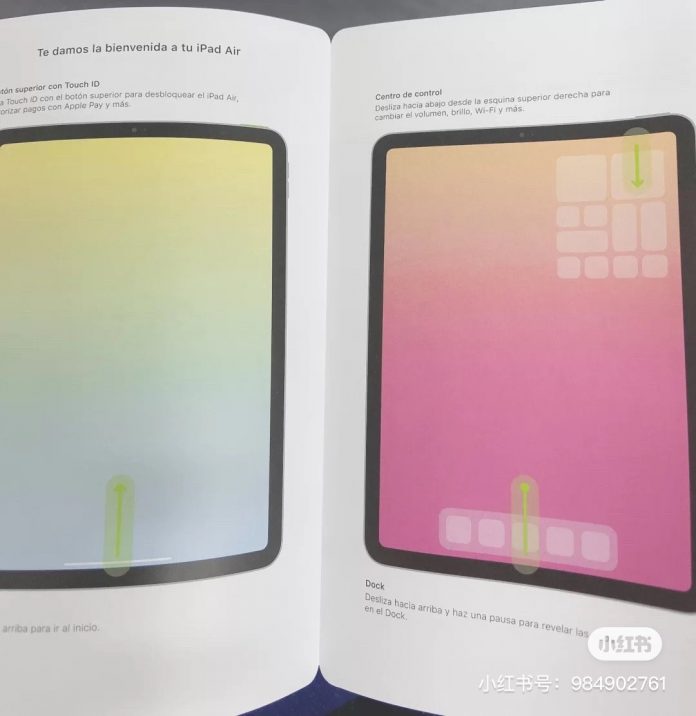 Photos of an alleged leaked manual for an unreleased iPad Air have emerged on social media this morning suggesting Apple’s next middle-tier iPad option could feature an all-screen display in lieu of a Home button, with Touch ID integrated into the Power button instead.

Originating from Chinese social media platform Xiaohongshu and shared on Twitter by leaker DuanRui, the photos depict a Spanish-language manual for an iPad Air with an edge-to-edge screen similar to the iPad Pro.

The manual makes no mention of Face ID, however, and instead instructs users to activate “Touch ID with the top button to unlock the iPad Air,” above an image of an iPad with a noticeably longer power button.

On other pages, the manual references USB-C connectivity rather than Lightning, and shows a Smart Connector on the rear of the device to connect a Magic Keyboard and other compatible accessories. 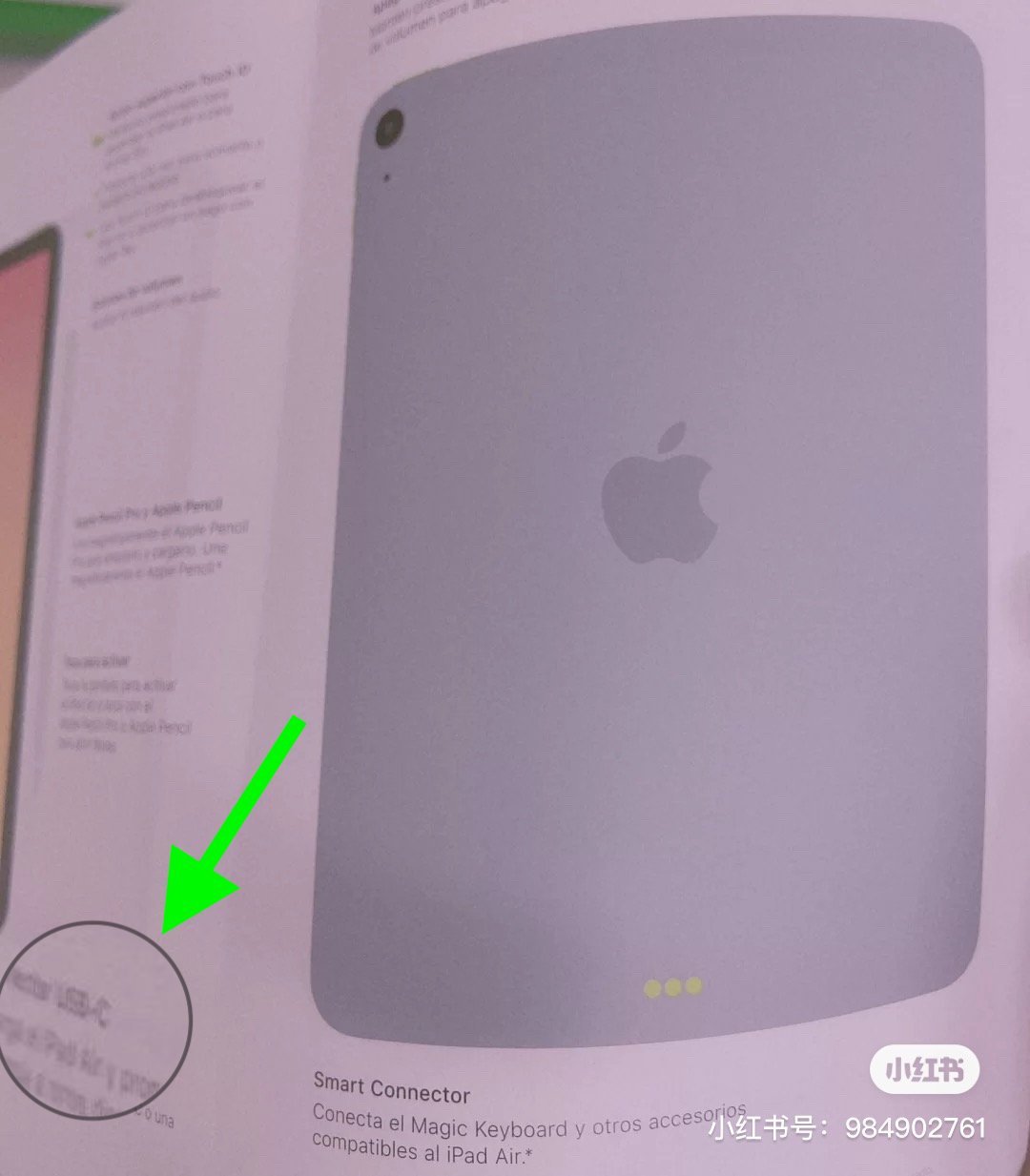 Multiple rumors suggest Apple will release a new iPad in the near future, but there has been some confusion over the model of the device as well as its display size.

Anonymous Twitter account L0vetodream has claimed that Apple is working on an 11-inch iPad Air with an all-screen display that uses an under-display version of Touch ID rather than Face ID like the iPad Pro.

It’s not impossible that these rumors refer to the same device shown here, and that the confusion over the details stems from Apple’s novel implementation of Touch ID, which allows it to offer an all-screen mid-tier device without the prohibitive costs of the TrueDepth camera system required for Face ID.

It’s worth noting that the only previous mention we have seen of Touch ID integrated into a power button was in a January 2020 research note from Kuo, which said that Apple plans to release an LCD iPhone with a Touch ID power button on the side of the device in the first half of 2021.

The next-generation version of the iPad Air has already been rumored to feature a USB-C port like the iPad Pro, instead of a Lightning port, and that’s what we see here.

Apple in late August registered seven new iPads with the Eurasian Economic Commission, some of which could be a new iPad Air. Leaker Jon Prosser has also claimed that Apple will release an unspecified new iPad in September, with an announcement done via press release. It’s not clear if this refers to the iPad Air, but it is possible given prior rumors of an iPad Air release in the second half of 2020.

Bear in mind these photos have not yet been verified and Twitter leaker DuanRui does not have much of a track record, but has previously leaked photos of a new Lightning to USB-C cable allegedly shipping with upcoming iPhone 12 models. Related Roundup: iPad Air Buyer’s Guide: iPad Air (Caution)
This article, “Alleged iPad Air 4 Manual Depicts All-Screen Display With Touch ID Built into Power Button” first appeared on MacRumors.com