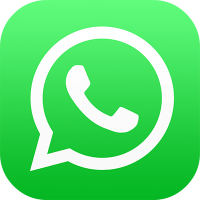 WhatsApp has announced it is rolling out a number of new features across its app, web, and desktop variants, including a QR code scanning for contacts and a new Dark mode theme that extends to computers.

WhatsApp has been extensively testing the use of QR codes on mobile to let users add contacts to the messaging app instead of typing in digits one by one, and it sounds like it’s almost ready to go live.

Currently WhatsApp users must first add a contact via the Contacts tab in Apple’s Phone app. Only after that can they open WhatsApp and send them a message. Using a QR code instead would skip this step and make the process a lot more convenient.

Meanwhile, following the recent added ability to video chat with up to eight people, WhatsApp is bringing new improvements to group video calls. It’s now easier to focus on someone in a call by pressing and holding to maximize their video to full screen. There’s also a new video icon for group chats of 8 or less, making it easier to start a group video call with 1-tap.

WhatsApp says animated stickers are one of the fastest growing ways people communicate on the platform, so it’s also rolling out “more fun and expressive” animated sticker packs. In addition, KaiOS users can now enjoy the popular feature that lets them share updates that disappear after 24 hours.

Finally, while Dark Mode on WhatsApp for iPhone arrived earlier this year, the same feature is now coming to the web version of the chat platform as well as WhatsApp for Mac.

WhatsApp says these features are rolling out to users over the next few weeks. WhatsApp is a free download for ‌‌iPhone‌‌ and Mac available on the iOS ‌App Store [Direct Link] and Mac App Store [Direct Link], respectively‌.
Tag: WhatsApp
This article, “WhatsApp Rolling Out QR Codes for Contacts, Dark Mode for Mac App, and More” first appeared on MacRumors.com

Samsung on Wednesday added another member to its Galaxy S20 family with the introduction of the Galaxy S20 Fan Edition (FE).With pricing that starts at $699, the S20 FE retains many of the popular and most-wanted features from the standard model.The Galaxy S20 Fan Edition packs a large (6.5-inch) AMOLED display with 120Hz refresh rate, triple cameras, and a generous 4500mAh battery with wireless charging capabilities.The handset is powered by a Qualcomm Snapdragon 865 processor with 6GB RAM and houses 128GB internal storage. A microSD expansion card slot allows for up to 1TB external media.The triple rear camera setup is comprised of a 12-megapixel main, 12-megapixel wide, and 8-megapixel telephoto lens. The front packs a 32-megapixel selfie camera.Samsung Phone Buyer’s Guide (Fall 2020)Rounding out the specs, the Galaxy S20 FE includes an in-display optical fingerprint reader, sub-6GHz 5G support, IP68 rating against dust and water, and NFC.The phone will be offered in six colors: Cloud Mint, Cloud Navy, Cloud Lavender, Cloud Red, Cloud Orange, and Cloud White. Galaxy S20 Fan Edition 1 of 12 AvailabilityPre-orders start immediately for the $699 Galaxy S20 Fan Edition with general availability on October 2. It can be purchased through a variety of wireless service providers as well as unlocked through Samsung.Verizon will offer a version of the phone which also supports its mmWave 5G network. That model will be named the Galaxy S20 FE 5G UW.
Read more

Google Pixel 5, Pixel 4a 5G specs spill out ahead of next week’s debut

Will every PS4 game be backward compatible on PS5?

Best answer: Sony has stated that 99% of PS4 games will be backward compatible on PS5. While a handful of
Read more