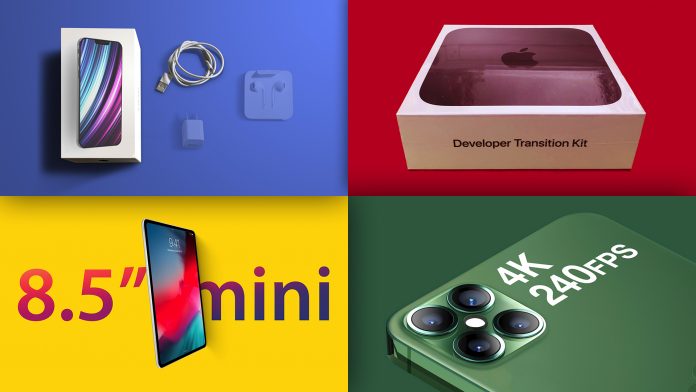 With WWDC now behind us, our attention this week largely turned back to rumors, led by increasing claims that Apple controversially won’t be including a power adapter in the box with the iPhone 12. We also saw a few other iPhone 12 rumors, signs of an upcoming iMac update, and some more information on timing of updates for Apple’s smaller iPads.

The other big topic this week was Apple’s Developer Transition Kit, a Mac mini equipped with the A12Z Bionic chip from the iPad Pro. App developers have been signing up for the kits to help them transition their apps to Apple Silicon for future Macs, and we got our first look at how these machines perform even though they will be widely outclassed by the machines that eventually ship to consumers.

Read on below for details on these stories and more!

Following a similar report last week, reliable analyst Ming-Chi Kuo has also weighed in to claim that Apple is not planning to include a power adapter in the box with its iPhone 12 models launching later this year. Apple is also said to be eliminating the EarPods earphones that have traditionally been included with new iPhone purchases. 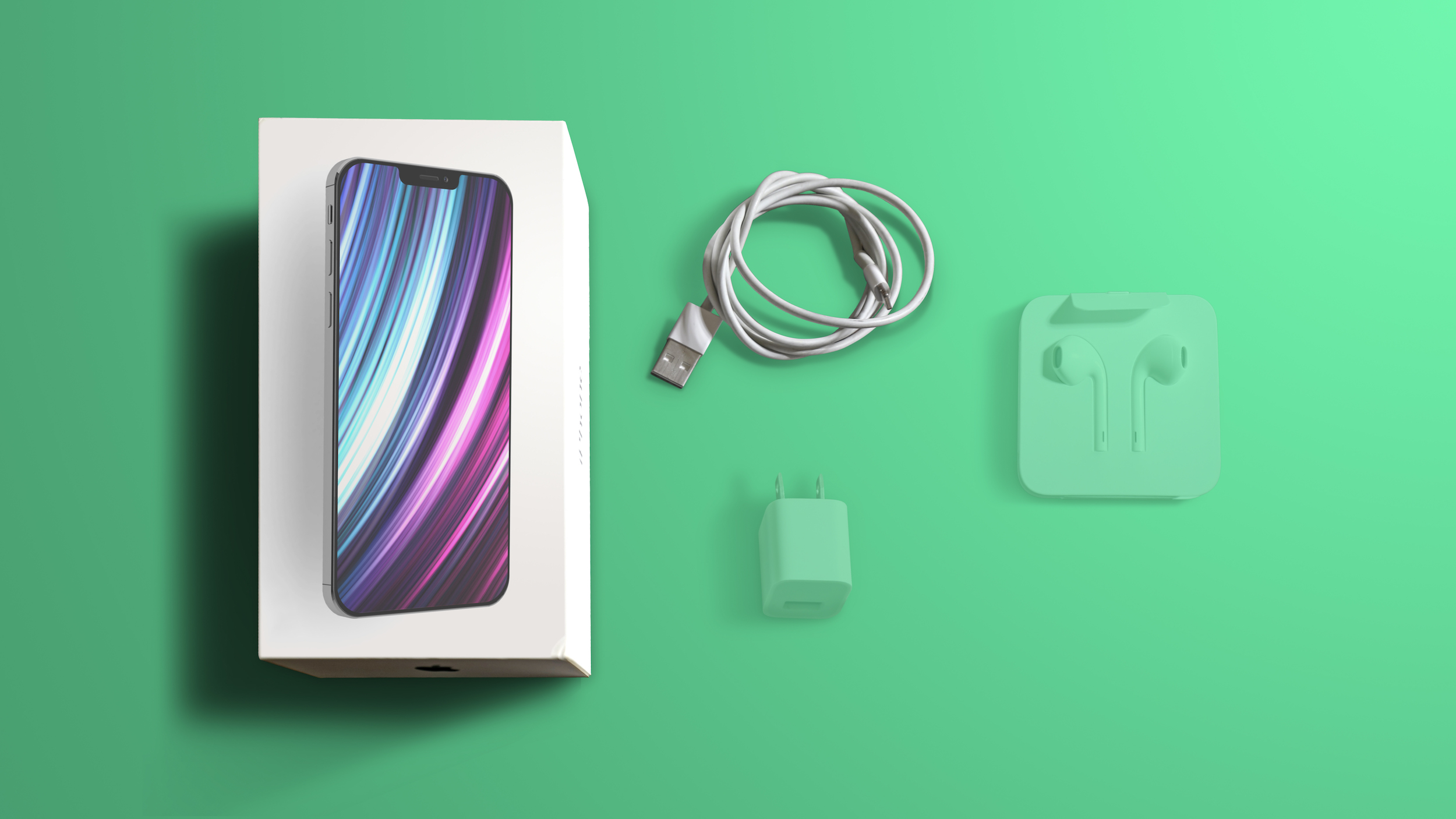 Apple will apparently be offering a new 20-watt fast-charging power adapter as a separate accessory, and removing the current adapter from the iPhone box will save Apple money, reduce e-waste, and allow for more shipping efficiency thanks to smaller boxes. Apple is even surveying recent iPhone buyers in Brazil about what they’ve done with the power adapters that came with their previous iPhones, so the company definitely appears to be doing research on the topic.

In other iPhone 12 news, rumors continue to be split as to whether some models will or will not include 120Hz ProMotion displays for a smoother on-screen experience. And finally, the higher-end iPhone 12 Pro models are rumored to be able to shoot 4K video at 120 and 240 frames per second, which would allow for great slow-motion footage.

Apple’s Developer Transition Kits to help app creators prepare for the Mac’s transition from Intel processors to Apple Silicon have begun arriving in developers’ hands, and while Apple’s terms limit the sharing of information about these Mac mini units equipped with A12Z Bionic chips from the iPad Pro, that hasn’t stopped some individuals from sharing performance benchmarks. 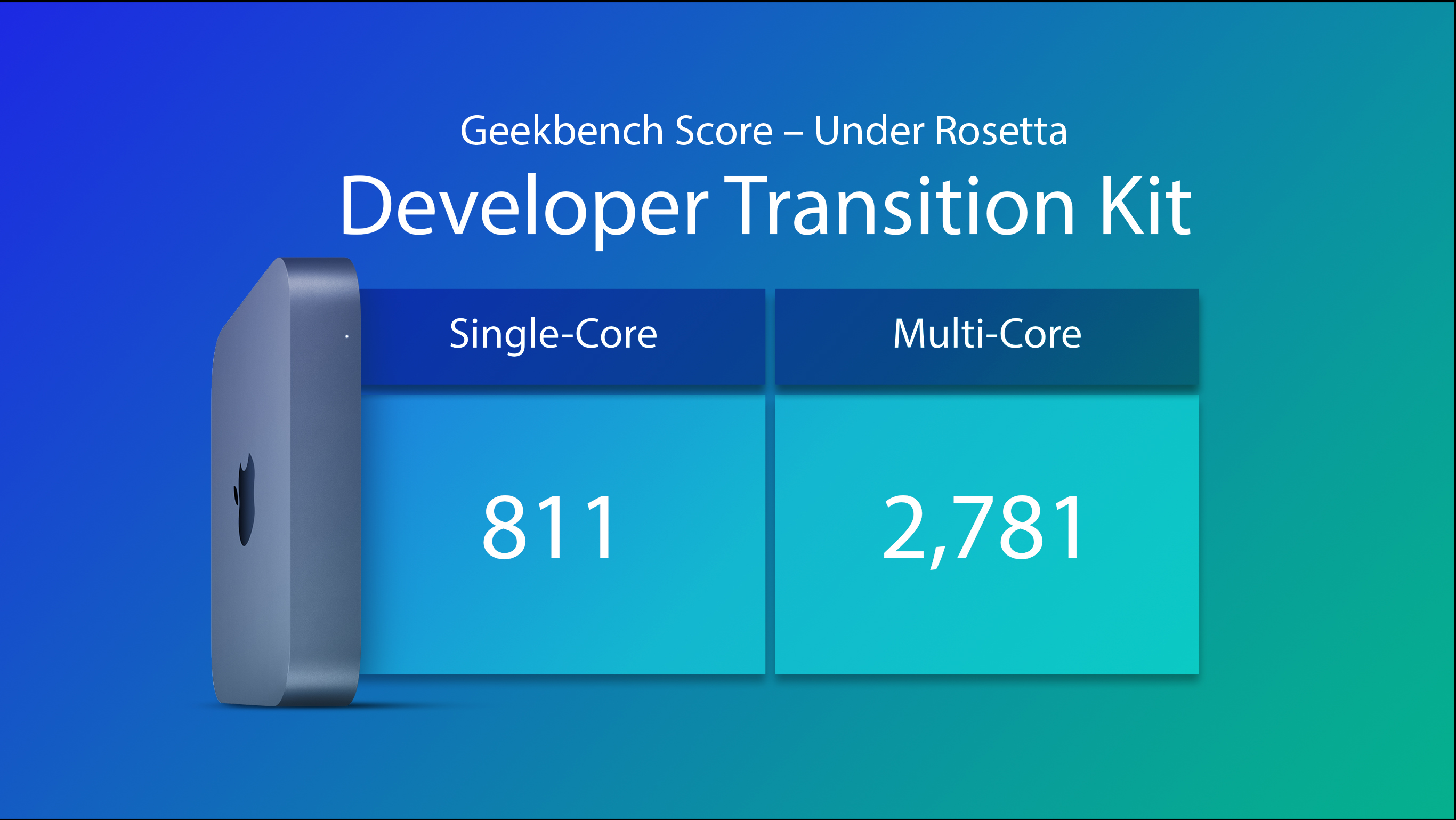 Of course, these Developer Transition Kits bear little resemblance to what Apple will eventually ship to consumers, as those future machines will be equipped with much faster chips said to based on the A14 chip coming to this year’s iPhones, and as developers update their apps to support Apple Silicon natively, fewer apps will be subject to the speed hit of Rosetta 2 translation.

While we didn’t get a hoped-for update to the iMac at WWDC last week, we’re continuing to see evidence that an update is in the works. 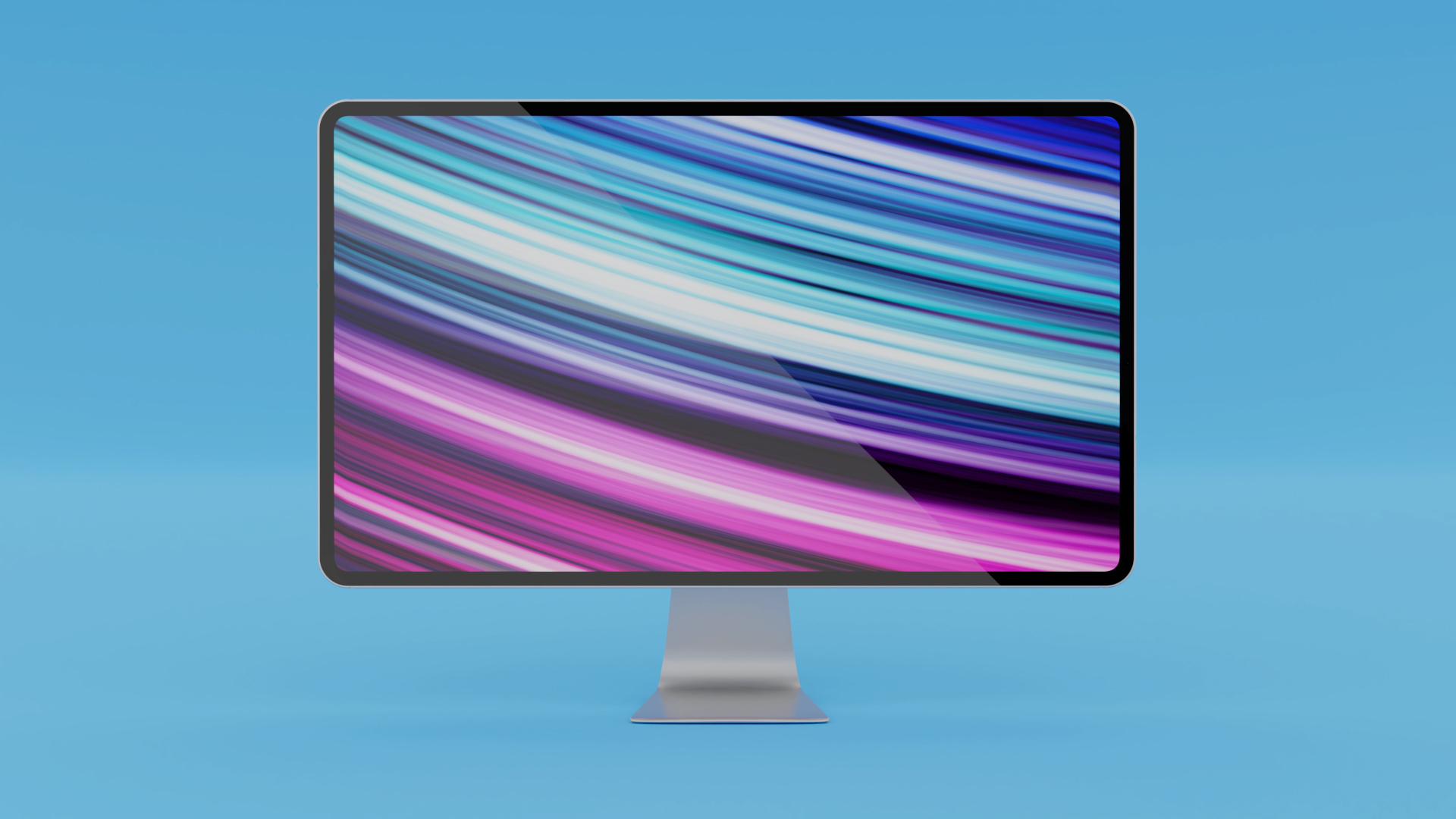 MacRumors concept mockup based on redesign rumors
The latest piece of evidence comes from a Geekbench benchmark that appears to come from an unreleased iMac. Notably, the machine appears to be equipped with a 10-core Comet Lake-S processor from Intel and an AMD Radeon Pro 5300 graphics processor, both of which have also yet to be officially released.

The iMac is rumored to be one of the first machines to transition to Apple Silicon, but it looks like we could be getting one more generation on Intel chips, and it may include a significant redesign.

It’s been eight years since Apple first introduced the MacBook Pro with a Retina display, and Apple is finally officially declaring that model to be obsolete. 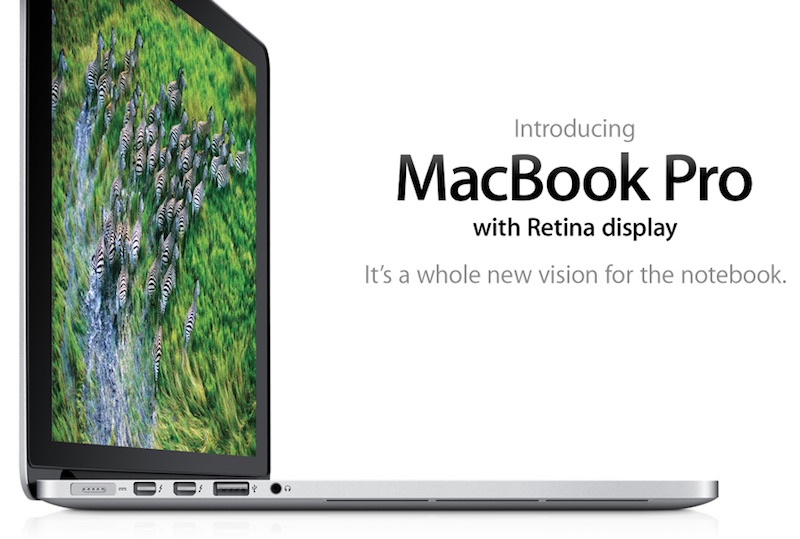 Owners of the landmark 15-inch notebook will find that Apple is no longer offering service on the machines for any reason, so if you find yourself in need of a new battery or other repair, you’ll need to look for an unofficial repair option or go the do-it-yourself route. 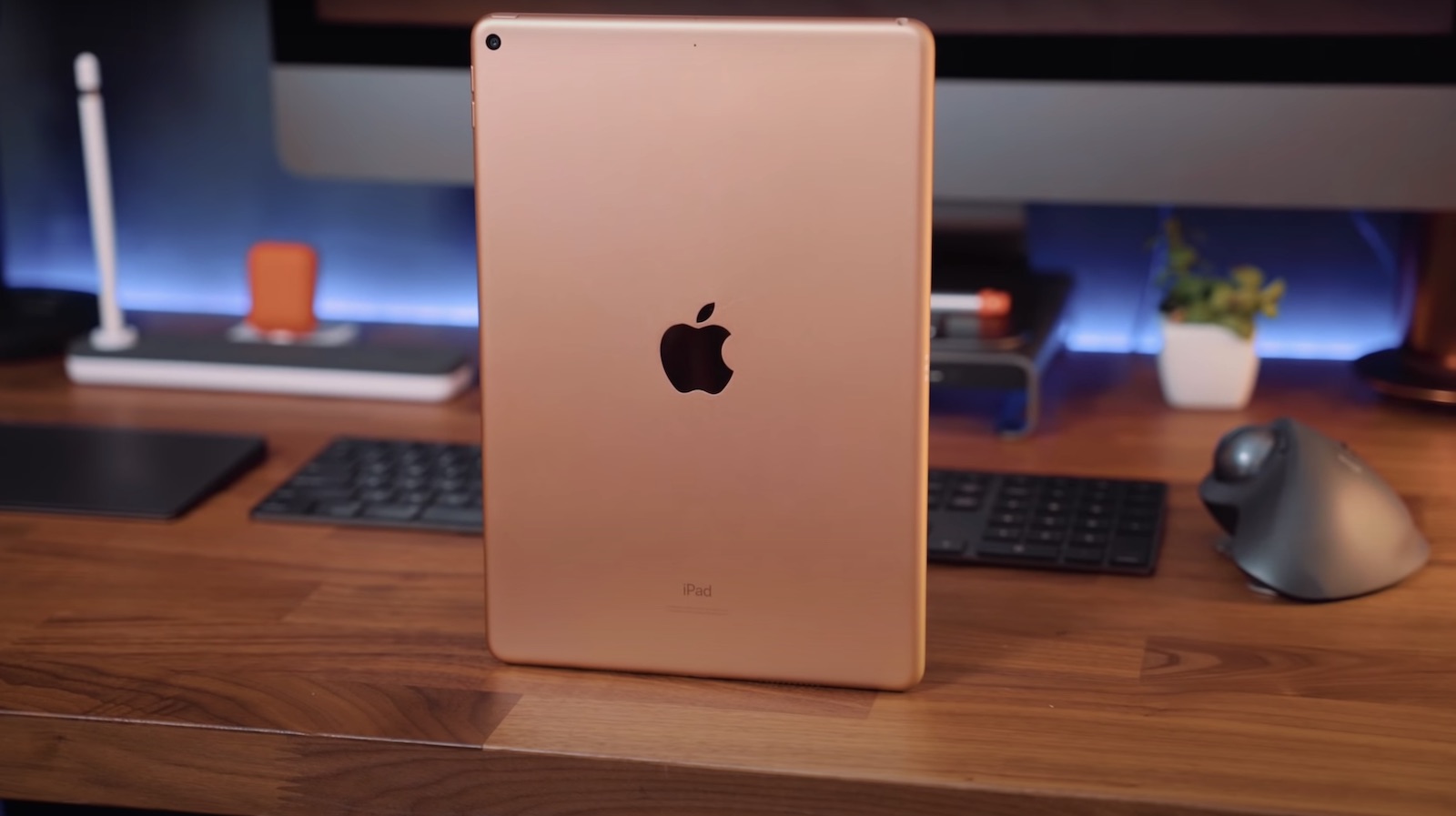 There’s a new ‘OSX.ThiefQuest’ Mac ransomware variant that’s spreading through pirated Mac apps, according to a report shared this week by Malwarebytes. The new ransomware was found in pirated downloads for the Little Snitch app found on a Russian forum. 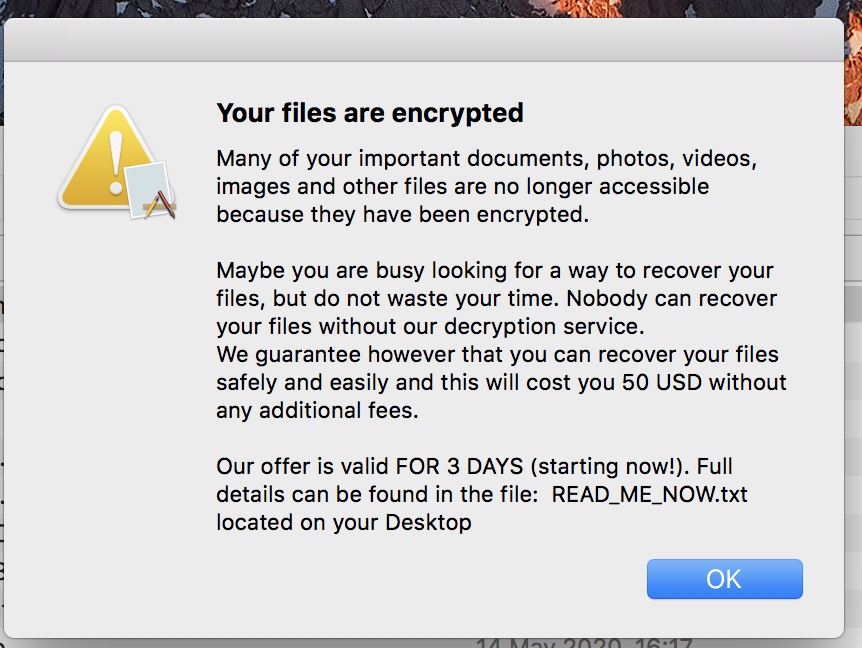 Along with the ransom activity, the malware may also install a keylogger for monitoring keystrokes, but what the malware does with the functionality is unknown. Malware in general and ransomware in particular are relatively rare on the Mac platform, so it’s interesting to see this example surface and gain some insight into what it does.

The New York Times this week announced that it is pulling out of Apple News, as the service does not “align with its strategy of building direct relationships with paying readers.” 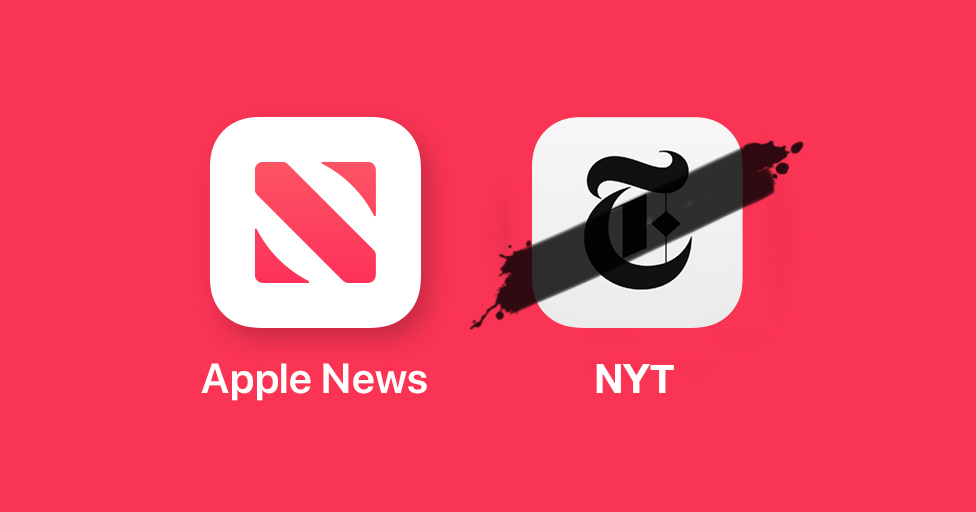 While The New York Times has never been a part of the Apple News+ subscription program, the newspaper’s articles will no longer show up in the ‌Apple News‌ app at all. The news site says that Apple has given it “little in the way of direct relationships with readers” and “little control over the business.” Rather than allowing its articles on ‌Apple News‌, The New York Times wants to drive readers to its own website and app.

So if you want to have top stories like the above recap delivered to your email inbox each week, subscribe to our newsletter!Tag: Top Stories
This article, “Top Stories: iPhone 12 Rumors, Apple’s A12Z-Based Mac mini, Leaked iMac, and More!” first appeared on MacRumors.com