Home How to The Last of Us Part II: Infected types, and how to kill...
How to

The Last of Us Part II: Infected types, and how to kill them 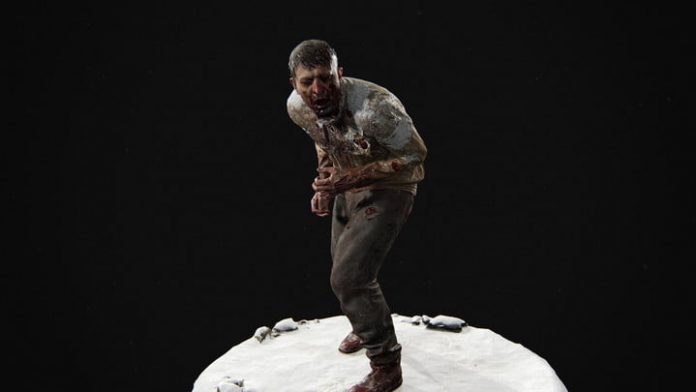 We’re not going to talk in-depth about plot details, but there are spoilers ahead, so you’ve been warned.

Runners are the most basic form of Infected in The Last of Us Part II. Still resembling a human, Runners, well, run at you and try to eat your flesh. They’re the weakest Infected in the game, and you’ll encounter plenty throughout your playthrough. Unlike Clickers, Runners can see you, though they’re far more sensitive to sound, as the infection targets the eyes first. This is the first stage of infection, usually taking place a day or two after the initial bite. The game suggests that these Infected haven’t fully transformed yet, with the mind still in the power of the human but the body at the will of the infection.

Although Runners are stronger in The Last of Us Part II than they are in the original game, they’re still not too threatening. You can use your gun, melee, or stealth to take them down. The important thing is to not get swarmed. Runners aren’t too dangerous on their own, but in a group, they’ll take you down in a hurry. If you stumble upon a group — an often-occurring scenario in the game — try to take down a few using stealth before handling the others with hand-to-hand combat. You can use your ammo or your melee weapon, but Runners usually aren’t worth it.

Between a week to a month after the initial bite, an Infected will turn from a Runner to a Stalker. Stalkers stay low to the ground, often avoiding you if spotted at a medium distance. At this stage of infection, the fungus has completely taken over the brain, so you won’t see any passive Stalkers hanging around. For the most part, they show up in dimly lit areas after the downtown Seattle section of the game, usually in groups. If they see you, they won’t attack. Instead, the Stalkers will run away and hide, coordinating a strike when you’re in an opportune spot. Worse, some Stalkers have started growing into the walls, sprouting spores. On a few occasions, you’ll encounter these types of Stalkers, who will break from their cocoon to attack you.

Stalkers are aggressive but calculated. Although technically not as strong as Clickers, Stalkers can be deadly if you don’t know what you’re doing. They see and hear very well, even under poor circumstances, and they’re willing to work together to take you down. Because of that, stealth usually isn’t the best option unless you have a clear path away from the enemies.

If you spot a Stalker, the best thing to do is get up close to take them down before they retreat. Ellie can fight them without any issues, but if you need to use a gun, do it. Stalkers aren’t as attracted to sound as Runners and Clickers, so you can usually fire off a couple of rounds without attracting too much attention. The most important thing, though, is to not lose sight of the Stalker. They’re clever and constantly looking for new angles of attack.

After the Stalker stage, there’s the Clicker stage. Starting with the eyes, the infection slowly creates a crater in the skull, forcing its way out of the middle of the face. Clickers can’t see anything because of that, instead using echolocation to spot prey. Lacking one of the senses of the former two types means you can easily exploit Clickers if you know what you’re doing. However, they’re far more deadly than Runners and Stalkers. If one gets a hold of you, you’re probably going to die. Although Ellie can push away Clickers in Part II, that’s not usually a winning strategy.

Clickers can’t hear you sneaking by unless you’re right next to them. Because of that, stealth is always a good way to handle a large group of Clickers. The important thing is to not fire your gun unless absolutely necessary. Clickers can only use echolocation within a limited range, but by firing a gun, you’re doing the hard work for them. If you become overwhelmed, run away and hide. Clickers will only pursue prey that’s close to them, and they’re slow. If you run far enough and fast enough, you can try again.

If you want to make Clicker encounters much easier, craft some Molotov cocktails. When you throw one, Clickers will immediately move to wherever you threw it, gleefully catching themselves on fire. Bricks and bottles are a good way to take them down, as well. If you hit a Clicker with one, they’ll become stunned and lose their sense of echolocation, allowing you to quickly run in for the kill.

After the Clicker phase, the infection starts growing over the body, creating calcified plates that serve as armor. These Infected, known as Bloaters, are extremely aggressive and don’t tumble easily. Like Clickers, they use echolocation to find prey, though the echolocation is much less refined. Instead of waiting for you to shoot a gun or haphazardly run away, Bloaters will throw sacks of mycotoxin, which explode on impact, creating an area of toxic spores.

Bloaters are tough, so much so that that there are only three in The Last of Us Part II, one of which you can avoid. When fighting a Bloater, always keep your distance. If they get ahold of you, you’re dead, no question about it. Fighting at a distance also makes it easier to account and adjust for the toxic sacks that Bloaters fling at you.

Fire is the best way to take down a Bloater quickly. When set ablaze, the armor plating will wear down, allowing you to deal direct damage. In the first game, the best course of action was to throw a Molotov cocktail, then follow it up with a nail bomb. Ellie doesn’t have access to nail bombs, and the two forced Bloater encounters involve her. The third, optional encounter is with Abby, so you can use a Molotov cocktail and pipe bomb.

For guns, stick with the shotgun or hunting rifle. Bloaters have three areas where they pull mycotoxin: The upper right back, the upper left chest, and the lower right abdomen. If you can damage these areas, you’ll not only deal more direct damage to the Bloater, you’ll also remove its ability to lob projectiles at you.

There are only a few Bloaters in The Last of Us Part II, but that’s not to make the game any easier. It’s to make room for Shamblers. Although far less deadly than a Bloater, Shamblers are still dangerous, often appearing in pairs. These Infected are in an alternate fourth stage, described in the game as something that “made it halfway to a bloater and took a turn.” One of the artifacts in the game suggests that prolonged exposure to rain in Seattle caused the mutation.

As long as you treat a Shambler like a Bloater, you’ll be fine. The only difference is that you can get in a little closer than you could before. Shamblers don’t have mycotoxin sacks, and they can’t bite you thanks to the infection forcing their mouths open. They’re still strong, but you can escape a hold if you’re lucky.

The danger comes from the fact that Shamblers explode into a cloud of spores when they’re killed. This spore cloud can kill you within a few seconds if you’re not careful. As soon as you kill a Shambler, run away and wait for the spore cloud to disappear. Like Bloaters, Shamblers are weak to fire, so it’s a good idea to use a Molotov cocktail or your flamethrower before switching to your hunting rifle or shotgun.

There is only one Rat King in The Last of Us Part II, and it’s a doozy. The name comes from the rat king phenomenon allegedly originating from Germany, where the tails of multiple rats will join together with various sticky substances. Unsurprisingly, The Rat King is the same thing, just with Infected in the place of rats. Apparently, The Rat King is the originator of the infection in Seattle, growing over time and consuming other Infected in the process. It’s made up of Runners, Clickers, and Stalkers, with a Bloater as the base (gross).

How to kill it

You only encounter The Rat King once in The Last of Us Part II, and although it’s a dangerous foe, much of the sequence is scripted. Once you’re in the boss arena, just try your best. The Rat King doesn’t have any particular weakness besides fire, so there’s no way to make the fight easier outside of using your strongest weapons with plenty of fire attacks.

Keep your distance, though. The Rat King explodes into an infectious cloud like Shamblers do, though at a vastly increased rate. About halfway through the battle, a stalker with high health will break free and start attacking independently. If you can take down the Stalker first, that’s great. Still, it’s best to focus your efforts on The Rat King until it topples over.