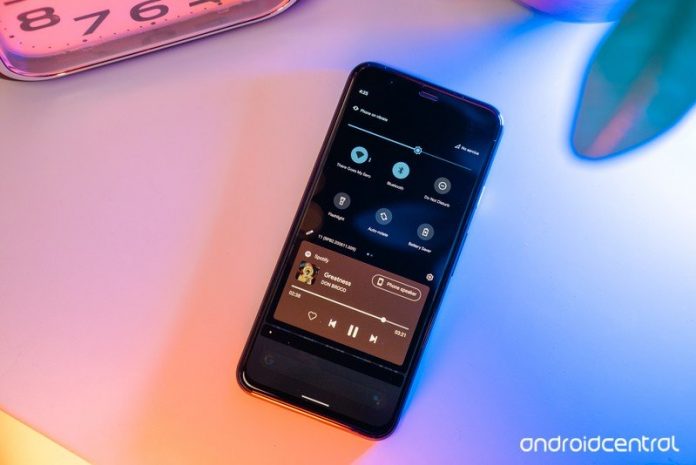 This build is all about Platform Stability. 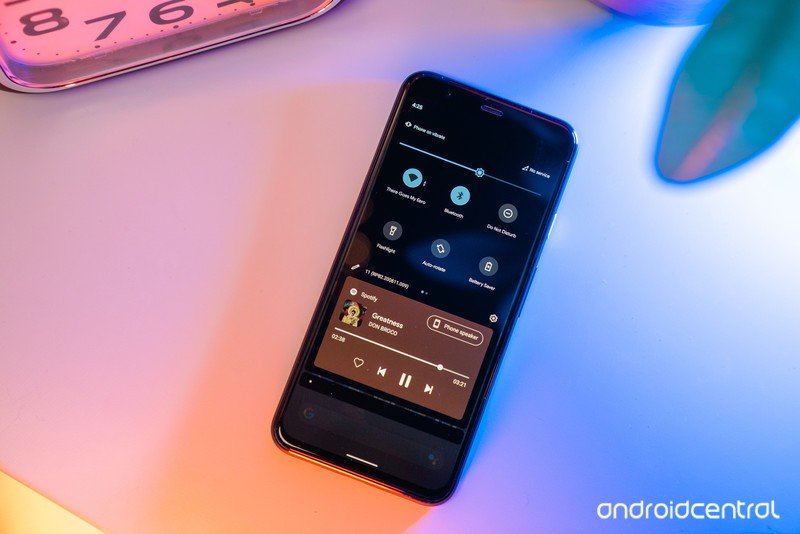 Just under a month after Google dropped the first Android 11 Beta, the second build has been made available for owners of the Pixel 2 and newer to install.

This penultimate public beta build comes after a series of developer previews, which showed off some of the upcoming Android version’s new features in their early stages, and gave developers a chance to ready their apps for the forthcoming official release of Android 11.

If you’re curious and eager to try some of the new features for yourself, it’s relatively easy to install the Android 11 Beta onto your Pixel device. While this build mostly focuses on stability, rather than new features, we’ve compiled everything new into this simple guide. 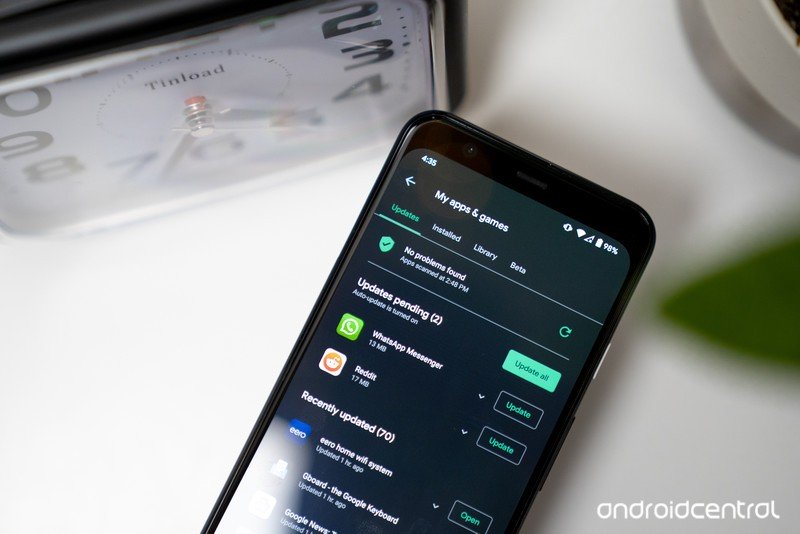 With Android 11 Beta 2, Google says that it’s reached its Platform Stability milestone, meaning that as far as developers are concerned, this build should more or less reflect how the official release coming in Q3 will work. All system behaviors and restrictions in Android 11 have been finalized, which gives developers a head start to confidently build for the new platform and even begin to release Android 11-compatible updates to their apps.

From a user perspective, this ensures that properly updated apps will meet Android 11’s security and privacy standards — and of course, that the app will even run properly with the latest Android software. 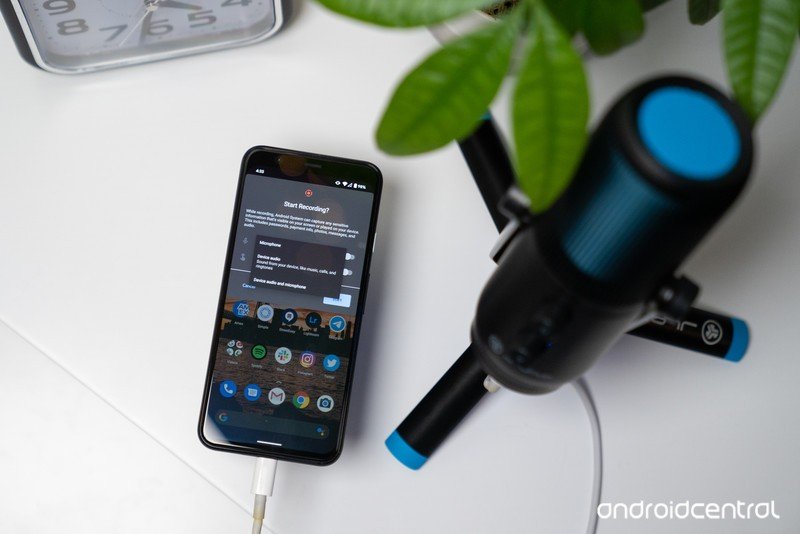 Unless anything changes before the official release (it’s happened before!), Android 11 is shaping up to be the first platform update that includes a built-in screen recorder, without the need to download a third-party app or run ADB commands through your computer.

We’ve already taken a look at the screen recorder interface with previous builds. New to the Android 11 Beta 2 is the ability to change your audio source to an external microphone. Of course, you’ll still need a microphone that’s compatible with your Pixel phone — not just any USB-C mic will do.

Also, you can choose to only record on-device audio, or combine both device audio and either the phone’s internal microphone or an external mic. You can also choose not to record audio at all if you’re just after the visual output!

There’s a new All Apps label in the app drawer

This one’s pretty minor, as are most of Android 11 Beta 2’s new features, but the line separating the top row of suggested apps from the rest of your installed apps within the app drawer has been replaced with an “All apps” label. 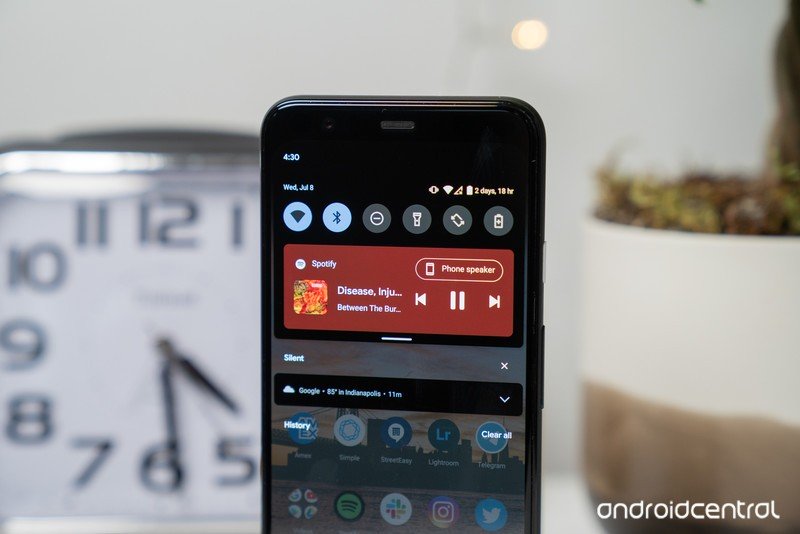 Last month’s Android 11 Beta introduced a new widget in the notification shade for media playback controls. While, initially, you had to enable it in the developer settings, Android 11 Beta 2 has made it a default option and brought with it a minor redesign. 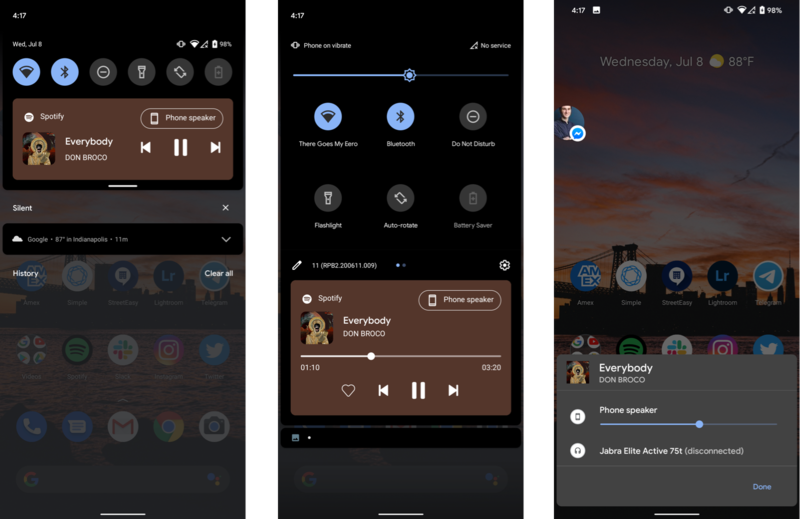 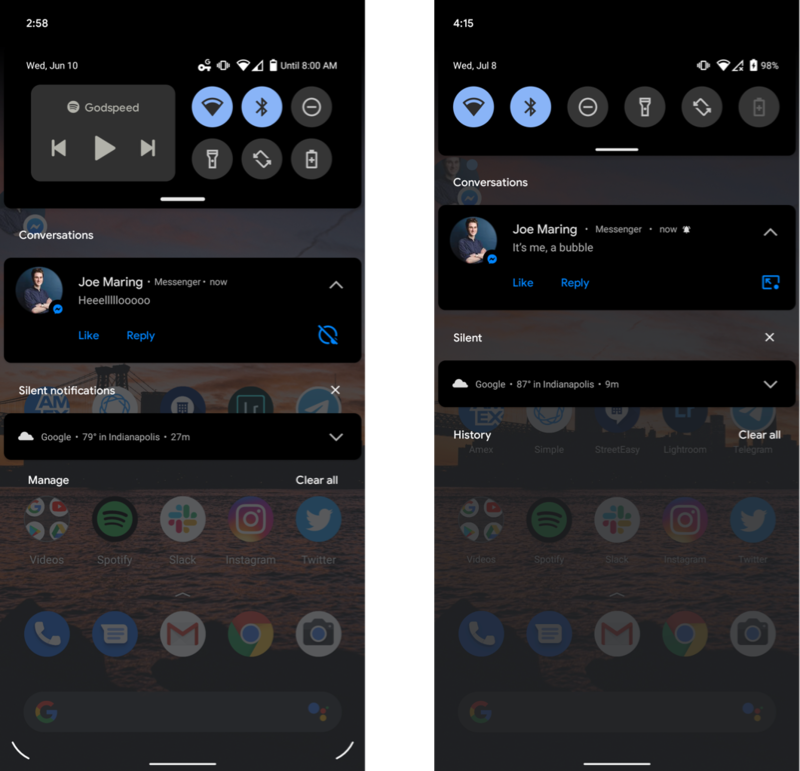 Bubbles are yet another new feature we saw in the initial Android 11 Beta build. The process for opening a message as a Bubble is still clunky, thanks in no small part to the lack of supporting apps (luckily, Beta 2 should make this problem much easier for developers to solve!). Still, a new icon at least makes it more apparent when a conversation can be opened as a Bubble.

With the Android 11 Beta 2, the shortcut in the bottom-right corner of a Conversations notification has been changed from the rather confusing previous icon, which was an ambiguous circle with a line bisecting it diagonally, to a (somewhat) more ubiquitous overlay icon.