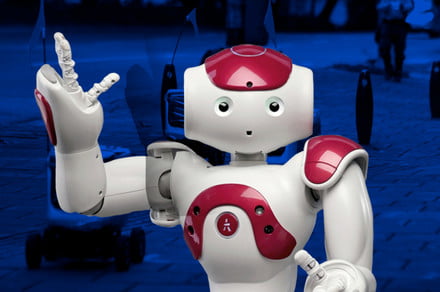 For decades, science fiction has been promising a future filled with robots performing all of our mundane daily tasks for us. From Rosie the maid on The Jetsons to C-3PO in the Star Wars films, we’ve all pictured a day when we won’t have to lift a finger, but instead are surrounded by all manner of cyborg butlers and servants to do the things around the house we don’t want to do ourselves.

Unfortunately, we still don’t live in the age of the one-size-fits-all robot servant. Instead, we have a smaller army of single-purpose robotic aids that can perform all sorts of specific tasks, from vacuuming our floors to mowing our lawns. But even those are still fairly basic. The problem is that even the most mundane household task, from dishwashing to taking out the trash, contains myriad individual tasks that today’s robots simply can’t handle.

The problem is that while household chores are fairly easy for us humans, they still require a ton of little skills like spatial reasoning and fine motor control, which takes extremely advanced programming. Think about making coffee, for example. How would you program a robot to do that? The act of making coffee may be simple, but programming a machine to understand what a kitchen is, the difference between appliances, where the coffee is stored in the cupboard, grabbing and scooping out the coffee — it all is wildly complex from a programming standpoint.

While we already have robotic vacuums, mops, mowers, window cleaners, sanitizers, and more, none of them have quite reached the heights of those promised movie robots; instead, we have multiple robots that serve specific purposes. But here’s the exiting part: With the advancement of A.I., we can program those individual robots to work together. With the advent of voice assistants like Alexa, we can now control the individual robots through one robot, creating a single point to guide the tiny army of individual robots around the house to complete the tasks instead of waiting for that futuristic robot butler. The homes of the future won’t have one butler ‘bot, but will instead have robots everywhere.

For more Robots Everywhere check out the series on YouTube. Also read about the Aigency, a robot talent agency!

Facebook
Twitter
Pinterest
WhatsApp
Previous articleBest Buy discounts Apple HomePod and iPad Pro 12.9 for 4th of July
Next articleMicrosoft Surface Go on sale for only $440 for 4th of July