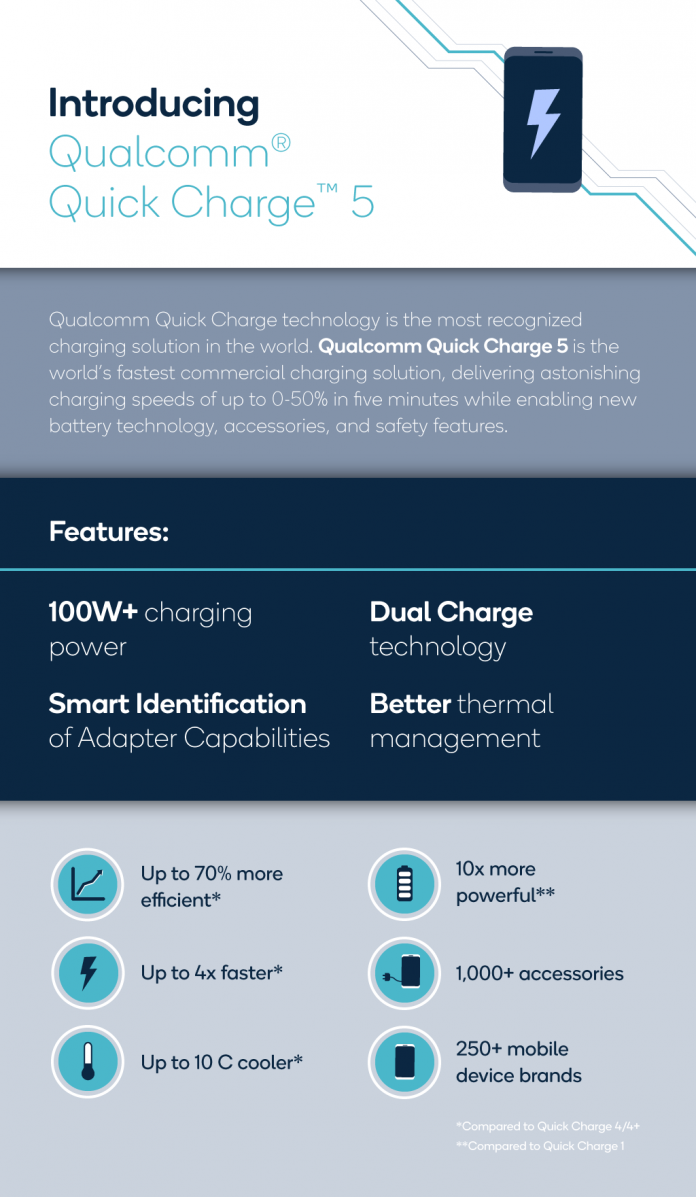 Qualcomm today unveiled its latest fast charging standard, Quick Charge 5, which it says can charge a smartphone from 0 to 50 percent in five minutes, or to full in 15 minutes.

According to Qualcomm, Quick Charge 5 is the world’s fastest commercial charging solution, supporting more than 100W of charging power for smartphones.

In addition to offering much faster charging, Quick Charge 5 is up to 70 percent more efficient and up to 10 degrees Celsius cooler compared to Quick Charge 4 and 4+. Qualcomm says there are 12 separate voltage, current, and temperature protections included.

Quick Charge is a feature that’s built into many Android phones, and not a feature that Apple takes advantage of. Qualcomm is debuting new power management ICs for Android smartphone manufacturers to incorporate in their devices.

Apple could introduce improved charging in future ‌iPhone‌ models, but Apple tends to be more conservative with its charging specifications in terms of fast charging, heat output, and longterm battery longevity.