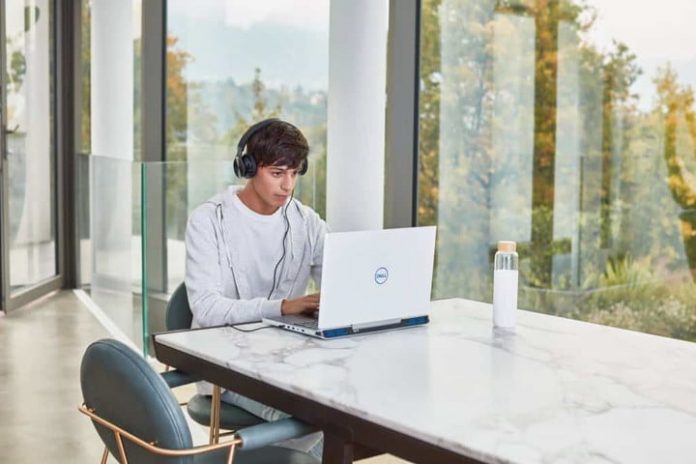 The school year in the United States came to a close recently, and it was anything but ordinary. For most school districts, it was a dash to quickly get up and running with the right technology to support online learning. Meanwhile, at home, millions of students had to deal with the personal challenges that come with the new normal of remote learning.

Microsoft has seen heaps of success with its Teams collaboration service, but mostly in the corporate space. But today, Microsoft announced a number of Teams features tied to remote learning, specifically in the area of student engagement. I had a chance to preview these new features and chat with Microsoft about how it wants to transform the future of online learning.

To understand how Teams is helping out, i’s important to look at the numbers behind how things have evolved over the past few months. In an online press briefing, Jarod Spataro, corporate vice president of Microsoft 365, shared a really surprising statistic.

He said that in two months of transitioning to remote learning and work, Microsoft believes it has seen nearly two years worth of digital transformation. He also noted that in the education market, 70% of Microsoft Teams meetings now include video feeds.

With the future of education clearly being shaped as each day passes, Spataro said Microsoft want to help by listening, learning, and getting insights from customers, research, and third-party experts like scientists.

From all that listening, and research, Microsoft developed a new set of Teams features it hopes can help students and workers better connect by reducing the fatigue of remote learning and meetings. That includes “Together Mode,” a Teams meeting experience that was developed and released due to the “emergency situation” created by the pandemic.

Together Mode is quite impressive. I got to try it out in a meeting room with 14 people. With one click, the square video tiles of my meeting room switched to a feed with all the attendees sitting in a virtual auditorium setting. I was instantly able to see and scan the other people on the call. They were overlaid on the chairs in an auditorium as if we were sitting in the same room.

Microsoft says this is good for brainstorming, sessions, and teaching scenarios, as everyone’s gaze will be directed toward each other when people speak. In my demo, I was able to pat the head of the person sitting under me, as well as notice the small body language elements of others on the call, such as smiling.

Microsoft says that Together Mode is less stressful than traditional video calls.

I really felt like I was in the same room with them, and I was even able to point and high-five someone if I wanted to. Microsoft says that Together Mode is less stressful than traditional video calls, and they’re right. I found myself quite relaxed by the experience, which is in direct contrast to the anxious feelings I get when videoconferencing.

Together Mode is one of many features that can create what Microsoft calls “blended learning,” which is a mix of online collaboration in groups, work on record lectures, and live lectures. In part. It’s also what helps set Teams apart from Google Classroom, Zoom, and other services.

I also spoke with with Anthony Salcito, vice president of worldwide education at Microsoft, who emphasized how collaborative learning environments need to be.

“One of the things that I think will be true in the future is the integration of a full learning environment,” said Salcito. “You’re going to have some time where you’re in live video feeds, but lots of time you’ll be collaborating in groups or working on live projects. That blend of learning is what Teams is great at. It is truly a hub of collaboration and engagements with students.”

Other features coming to Teams that are built for education include “Dynamic View.” It is a more fluid and flexible way to optimize Teams’ screen space for users that emphasizes what’s more important. Chat bubbles appear over video feeds to make it easier to communicate, and live reactions make it more natural when chiming in to show support during a meeting.

The challenges and science of online-learning

Microsoft poured a lot of scientific research into Together Mode. To get the lowdown, I spoke with Jaron Lanier, a research scientist at Microsoft.

Lanier noted that when videoconferencing in a grid mode, you don’t know where other people are on the screen, both relative to you and from their point of view. This means that natural glances and other subtle cues are impossible. Together Mode fixes that by creating a shared space in which people are not separated by barriers.

“In Together Mode, people are in specific locations in a virtual space, and so the brain is able to perceive people naturally,” explained Lanier. “Part of that requires the accurate perception of angles in three-dimensional spaces. When someone is typically on camera, on screen, they appear to be rotated where they are looking. This is caused by a gaze mismatch.”

Lanier boasted that Together Mode’s solution to “gaze mismatch” is both simple and new.

“We put people in known locations so you can scan them, and the geometry of Together Mode collects everyone in front of a big shared mirror. What that means is with Together Mode, we’re able to uniquely take advantage of the physical locations of people in order to support naturalistic spatial social perception, but suppress the brains suppression of gaze errors because the brain doesn’t notice it in mirrors.”

How have users reacted so far? Lainer says preliminary results and his research show it has been very positive.

Teams comes free with Microsoft 365 subscriptions, which some schools already pay for.

“I have so far not encountered [anyone] yet who decided not to use it,” said Lanier. “Thus far, every teacher who has tried it has chosen to use it.”

That all sounds promising, as long as Microsoft can convince school districts to sign up. Teams for Education is already used in some school districts, including Duval County Public Schools in Florida. It’s included for free with Microsoft 365 subscriptions, which some schools already pay for. Microsoft says it also has professional development materials that can help teachers and students to use Teams.

“We made extensive professional development materials available for IT administrators, teachers, students, and parents. We have a Microsoft Educator Community Center where we have extensive tools for educators, to help with remote learning, tips and tricks, [and] best practices for commonly used tools like Teams,” said Salcito, who also highlighted weekly webinars where teachers are share information.

Teams is getting features that go beyond education

There’s more to Teams for Education than just Together Mode. Microsoft is also working to help streamline your work in Teams, make meetings more inclusive, and more.

This includes video filters for meetings, similar to the ones used on Snapchat and social media apps, a reflect messaging extension for managers to check up on employees’ well-being, and speaker attribution for live captions and transcripts. Microsoft even announced that Teams meetings are growing to support up to 1,000 participants.

For those familiar with Cortana, Microsoft’s virtual assistant, she will soon find a new home in Teams. You’ll be able to leverage voice-free Cortana to make a call, join a meeting, send chat messages, share files, and more.

Just like Windows 10, Microsoft, Teams is a product that is always evolving, and Microsoft is always listening to feedback.

“With Teams, we bring together every point so people can stay in the flow of work and always up to speed,” Spataro said. “We’re reimagining every aspect of that experience to help people better prepare in advance of the meeting, conduct more effective meetings, and continue the work afterward.”