Home News Oddworld: Soulstorm — What's next for Abe's story? All you need to...
News

Oddworld: Soulstorm — What’s next for Abe’s story? All you need to know 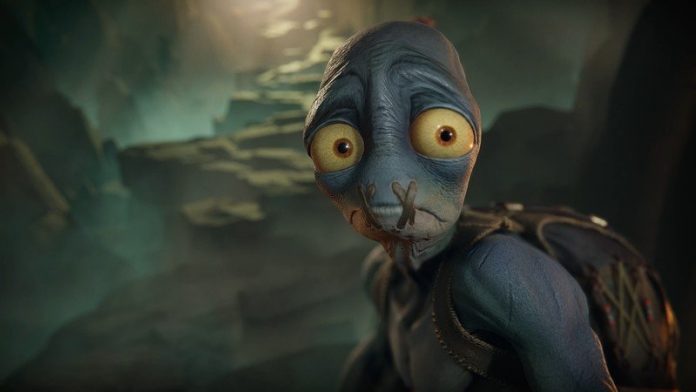 The long-awaited return to Oddworld is here. Abe’s story continues. 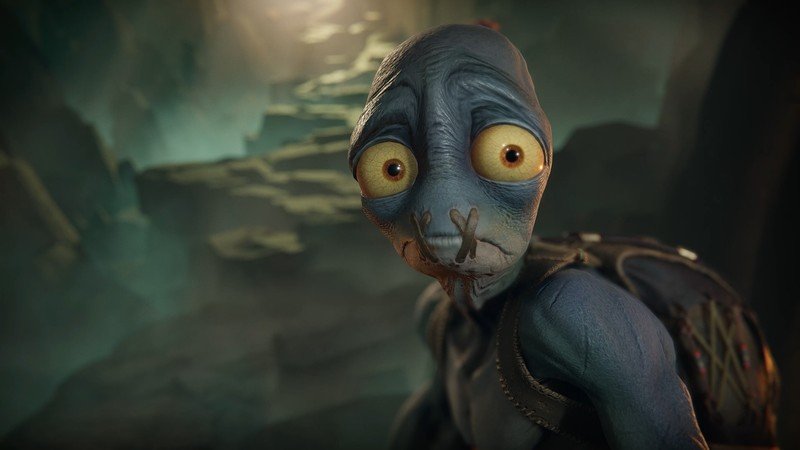 Abe has led us through some crunchy, zappy and very explode-y situations before in Oddworld: Abe’s Odyssey and Abe’s Exodus, back in the days of the original PlayStation — Some twenty-three years ago or so. Since the original release, Oddworld Inhabitants, the developers of Oddworld games, have taken us on a journey with Munch, Stranger and even gave us a beautiful remake for the beginning of Abe’s story in New’n’Tasty.

Six years after the remake, we are ready to see more of Abe’s story.

What is Oddworld: Soulstorm?

Our first teaser for Oddworld: Soulstorm came a few years ago at EGX 2017. It was an exciting if mildly disturbing glimpse at what is in store for us.

Lorne Lanning, the director and co-founder of Oddworld Inhabitants, spoke that day at EGX about Soulstorm. Where New’n’Tasty rebuilt the story of Abe’s Odyssey with the same script and new technology, Soulstorm will be a completely fresh start.

In a strong attempt to bring more depth to Abe’s world, Soulstorm begins with the economic impact of Abe’s actions in New’n’Tasty. But it will also bring back our loved Oddworld platformer style with fresh twists and traps. This includes a new inventory system and many, many more followers. 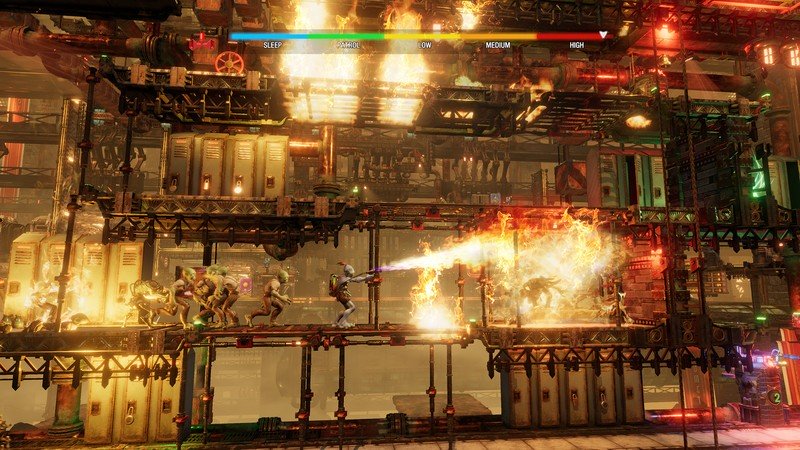 When will Oddworld: Soulstorm be released?

In 2020. Oddworld Inhabitants haven’t announced an official release date yet. The plans in 2019 had been a generic early 2020. With Covid-19 causing delays for many games, early 2020 would not happen and we have not seen a new target date. Price is also not yet known.

Heavy spoiler section if you plan to play New’n’Tasty. You have been warned.

While working late one night at a large-scale meat processing plant, Abe, a Mudokon slave, overhears the plant owner, Molluck the Glukkon, speaking with his Glukkon peers. Because of a decline in the animals they use for meat products, including one which is now extinct, Molluck has begun production on a new snack food – made from Mudokons. Afraid of his fate at the plant, Abe decides that escaping is his only option.

Abe sneaks from the plant, but upon seeing a moon imprinted with a Mudokon hand he becomes distracted and falls off a short cliff, hitting his head on the way down. A Mudokon Shaman, “Big Face” as will come to call him, assists Abe’s recovery and informs him that Abe must save the Mudokon people. But to do that Abe must undergo some trials in the land of the Paramites and Scrabs.

After traversing abandoned temples, avoiding wild animals and finishing the trials, the shaman marks Abe’s hands with scars to represent each of the Paramite and Scrab species. This grants Abe the power of Shrykull, a demigod.

Now prepared to take on the guards at the meat processing plant, Abe returns to free his Mudokon brethren and bring the plant to a halt. When Mulluck sees what’s happening on the security feed, he decides to flood the factory with deadly gasses. Abe rushes to the boardroom to stop the gas before it kills all the Mudokon workers. As Abe enters the boardroom, Mulluck grabs him and drags him to one of the processing machines, strapping Abe to the conveyor belt.

If you rescued enough Mudokon allies, they gather to chant a spell that brings down a lightning bolt upon Mulluck, blinding him in one eye. In the chaos, “Big Face” frees Abe from the belt before he reaches the saws and the Mudokons escape the factory.

Oddworld: Soulstorm follows in the footprints of New’n’Tasty, bringing back the much-loved platformer puzzler gameplay. But not without some major upgrades.

In New’n’Tasty inventory was a one-for-one style where you could carry a single item, mainly stones or meat, to solve your puzzles. Inventory has increased in Soulstorm and with the addition of crafting several items, the complexity of puzzles and the options in how to complete them has increased as well.

There are two monetary systems in Oddworld, a physical currency for items but also a spiritual currency. This goes deeper in Soulstorm with an expanded follower system. Each follower gives Abe more spiritual power called quarma. With the ability to have hundreds of followers, sometimes chants will cause major destruction. However, be careful because karma works both ways. Good deeds like gaining followers grants golden quarma but killing others, even if it is those trying to kill you, will grant black quarma.

These together are the tools you will use to complete the puzzled platform levels in a way you enjoy. Not everybody will come to the exact same solution. Can you get through and keep your quarma in balance?

On June 13, 2019, Lorne Lanning sat down with IGN to discuss Oddworld: Soulstorm and share some gameplay footage. This fourteen minutes gives a wonderful example of the levels, scavenging, crafting and inventory systems.

Facebook
Twitter
Pinterest
WhatsApp
Previous articleSnag a case for your Nokia 7.1 and keep the good times rolling
Next articleOPPO’s Wear OS-powered smartwatch is launching on July 31

It's not always easy to find Black Friday phone deals that are worth the purchase, but if you're planning on
Read more

Chances are you're going to spend a lot of your Black Friday shopping surfing the large retailers with huge inventories,
Read more

The Pixel 5's display gap is just a normal part of the design, Google explained.What you need to knowSome Pixel
Read more