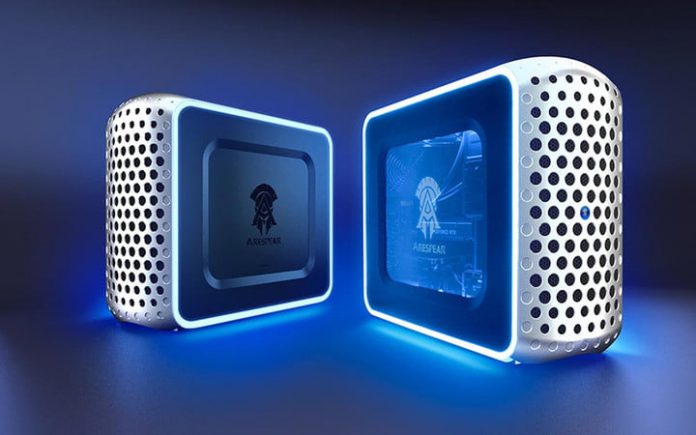 Konami’s new Arespear desktop — where the “Are” part of the name stands for Advanced Revolution of Esports — comes in a compact tower form with a design that seems to have been inspired by Apple’s distinctive cheese grater aesthetics on the latest Mac Pro.

The C700+ model features the same specifications, but adds an acrylic cutout window and RGB backlighting, with the see-through design adding a $210 premium to the cost of the C700. All of Konami’s Arespear PCs come with an unspecified dedicated sound card with maximum 7.1 channel output that supports up to a 150ohm headphone amplifier, the company said.

In addition to desktop PCs, the Japanese video game maker is also expanding into PC accessories, with gaming headphones, mice, and keyboards. Though this may be the Konami’s first foray into the PC gaming business, it’s not the Japanese game maker’s first hardware rodeo.

In addition to creating titles like Metal Gear Solid and Silent Hill, Konami also makes arcade systems. According to Gaming Industry publication, the Arespear lineup is made by the Konami Amusement division, which is responsible for the pachinko, slots, cranes, and other arcade machines.

If you’re interested in the Konami line, the good news is that the company is accepting pre-orders right now. The bad news is there is no word if the new Arespear line will ever be available in any market outside of Japan anytime soon. If you are in Japan, however, these desktops are expected to ship in December.

Our Tesvor S6 review proves that you don't have to spend a fortune to get a good robot vacuum cleaner.
Read more