Home How to iOS 14: How to Use Picture in Picture Mode on iPhone
How to 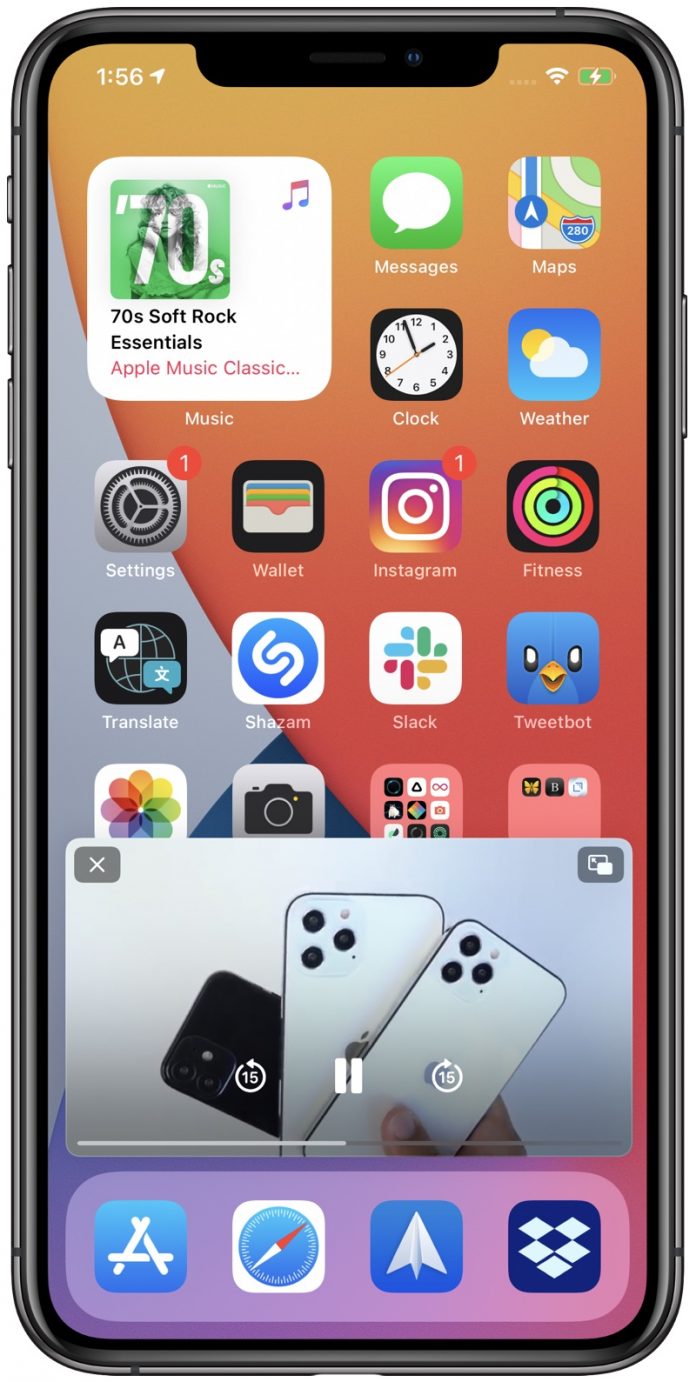 With iOS 13, Apple added a Picture in Picture Mode to the iPad, and with iOS 14, that Picture in Picture functionality is available for the iPhone too, letting users do things like watch videos and take FaceTime calls while doing other things on their device.

This guide covers everything that you need to know about using Picture in Picture on the ‌iPhone‌.

Using Picture in Picture With Apps

Picture in Picture works with apps that play video content, but when it comes to third-party apps, app developers have to implement support for the feature. 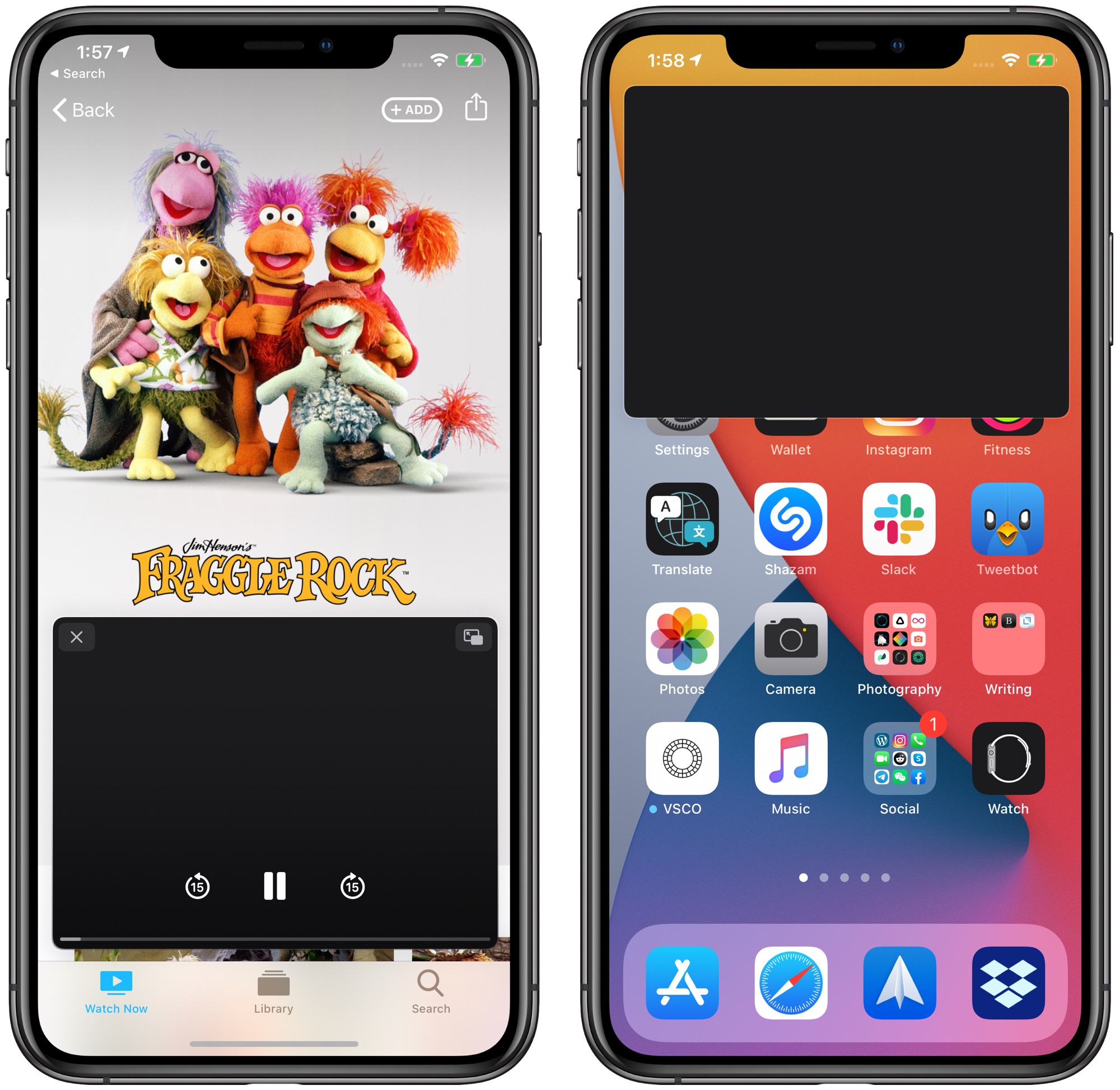 Picture in Picture in the Apple TV app. Content is black because Apple does not allow screenshots of movies and TV shows.
In the ‌iOS 14‌ beta, for example, YouTube has not implemented Picture in Picture support, so the YouTube app doesn’t work with the feature. Picture in Picture mode controls for apps that play television and movie content include play/pause and an option to tap to skip 15 seconds forward and 15 seconds back.

Using Picture in Picture on the Web 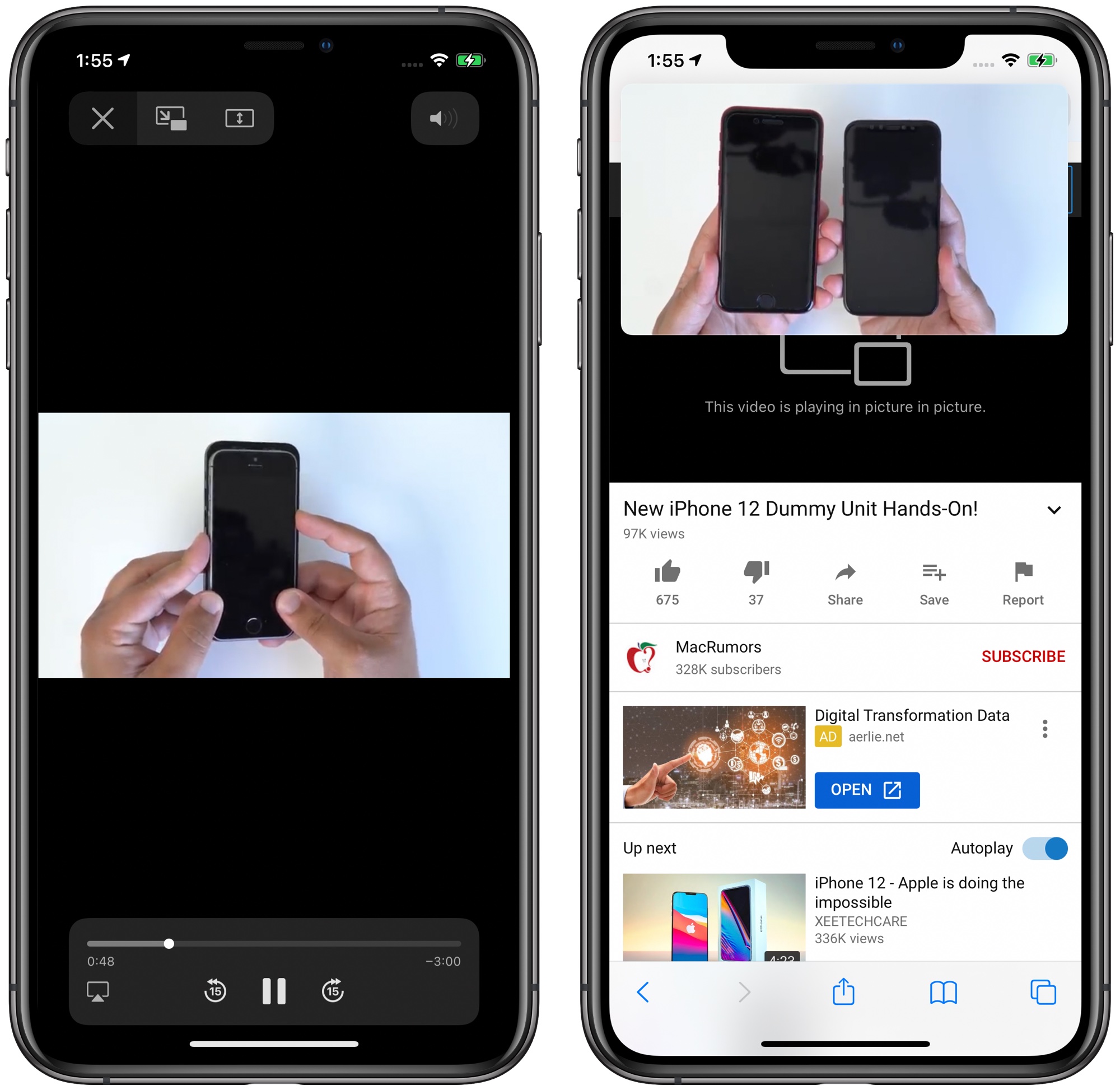 Using Picture in Picture with ‌FaceTime‌

Picture in Picture works with ‌FaceTime‌ in ‌iOS 14‌, and that’s perhaps the most useful way to take advantage of it. In ‌iOS 13‌, if you need to do something on your phone, you have to swipe out of the ‌FaceTime‌ window, which pauses your video for the person you’te speaking with. 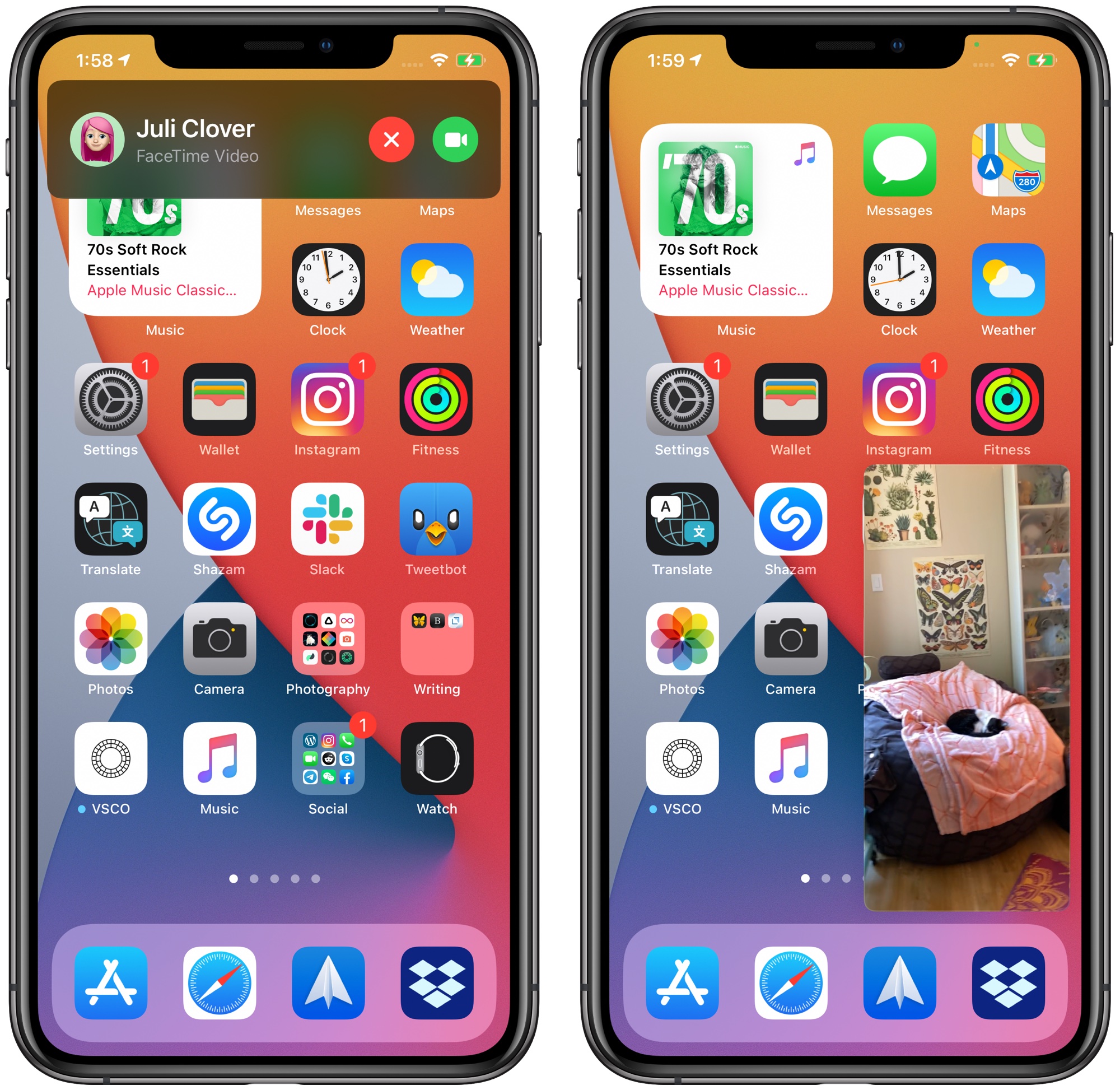 In ‌iOS 14‌, if you swipe out of a ‌FaceTime‌ call it automatically minimizes into a Picture in Picture window that continues to be visible even while you access other apps so you and the other person you’re talking to can continue your conversation without the ‌iPhone‌ being otherwise unusable. 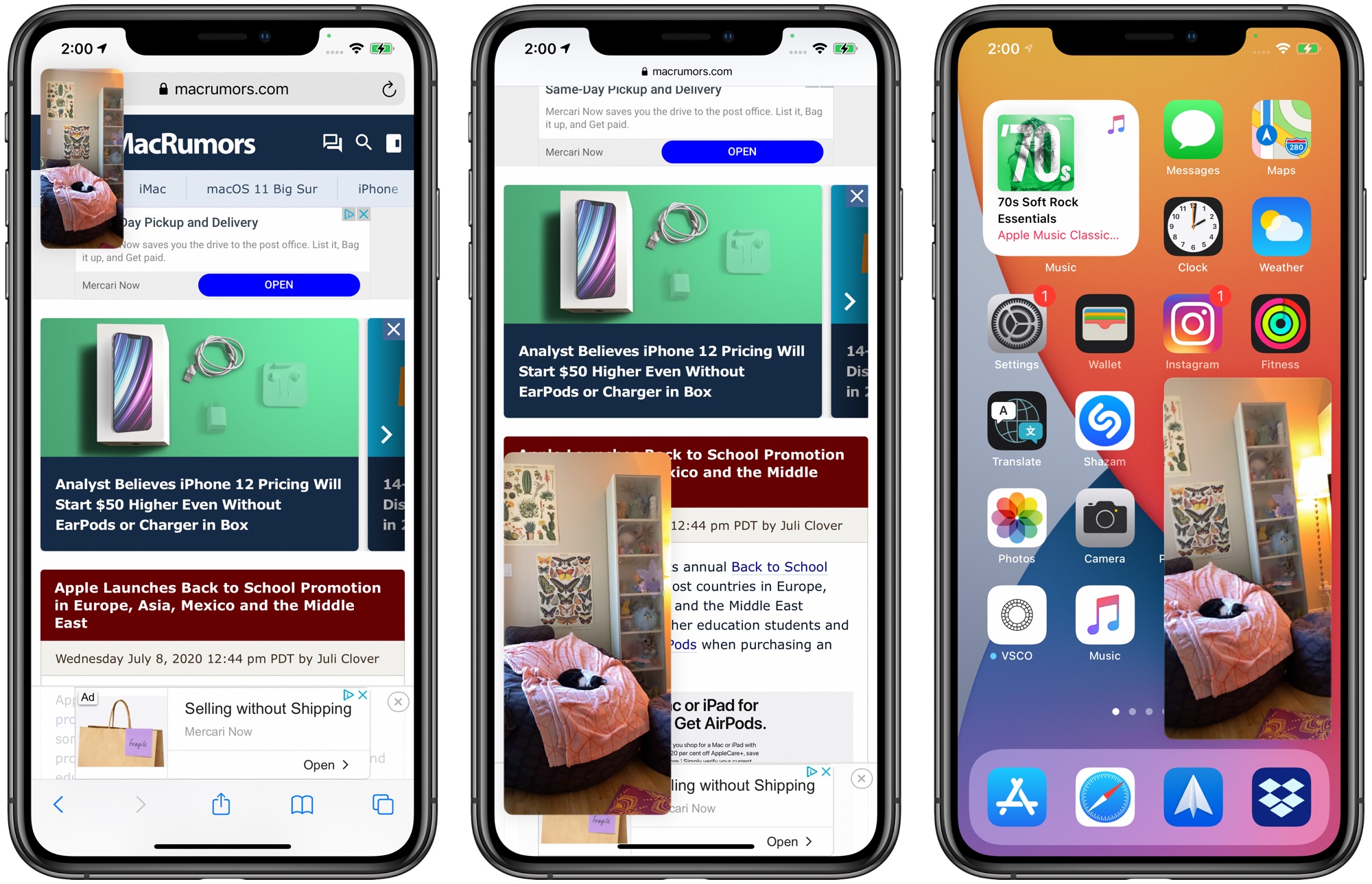 The small window is about the size of two app icons, the medium is as wide as about three app icons and as tall as one and a half, while the largest window is the size of eight app icons.

All of the windows are shown in a landscape orientation on the ‌iPhone‌’s Home Screen with the exception of ‌FaceTime‌, which is shown in portrait mode.

Moving the Picture in Picture Window Off Screen

You can pull a Picture in Picture window of any size over to the side of the ‌iPhone‌ with drag and drop gestures, moving it off of the screen. 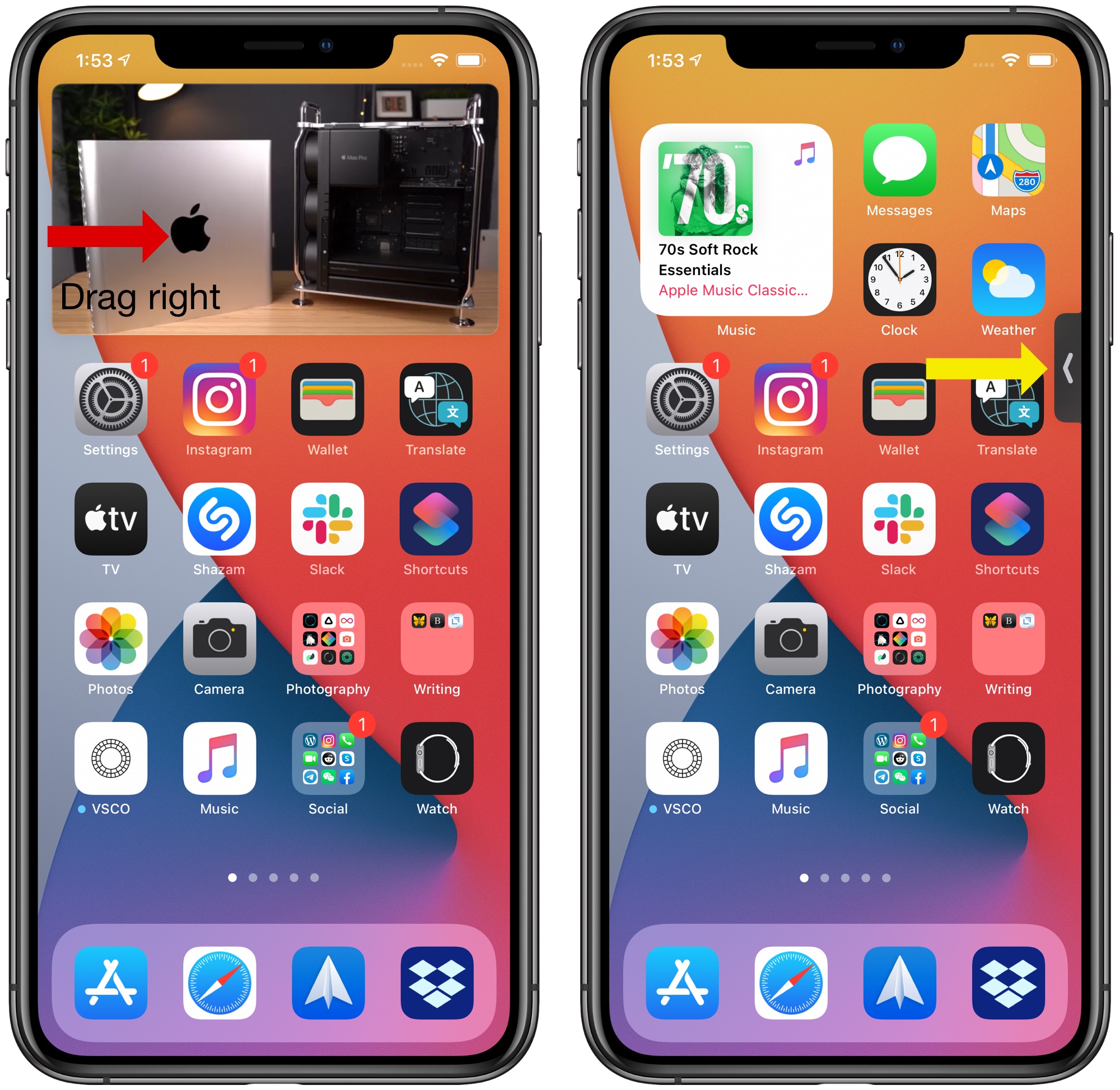 With the Picture in Picture window off screen, you will continue to hear the audio from the video or ‌FaceTime‌ call, but it won’t be visible on the ‌iPhone‌’s display.

Have questions about the Picture in Picture mode on the ‌iPhone‌, know of a feature we left out, or want to offer feedback on this guide? Send us an email here.Related Roundups: iOS 14, iPadOS 14
This article, “iOS 14: How to Use Picture in Picture Mode on iPhone” first appeared on MacRumors.com