Home News Five reasons why the OnePlus Nord is a better buy than the...
News 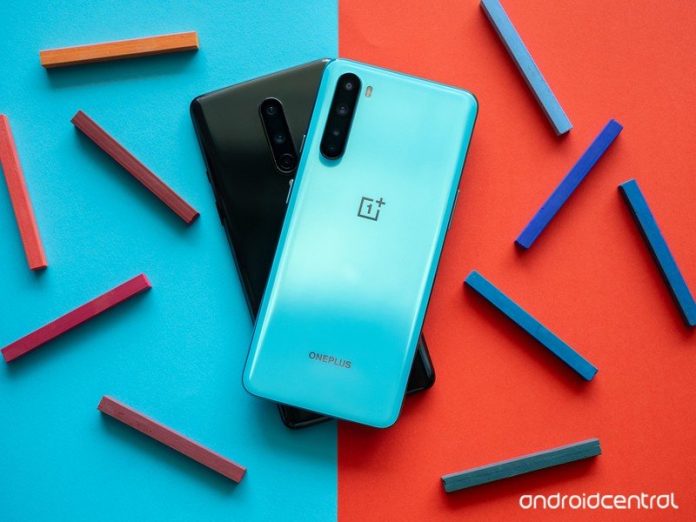 The OnePlus Nord offers the same core features as the OnePlus 8 for $300 less, making it a standout mid-range phone. 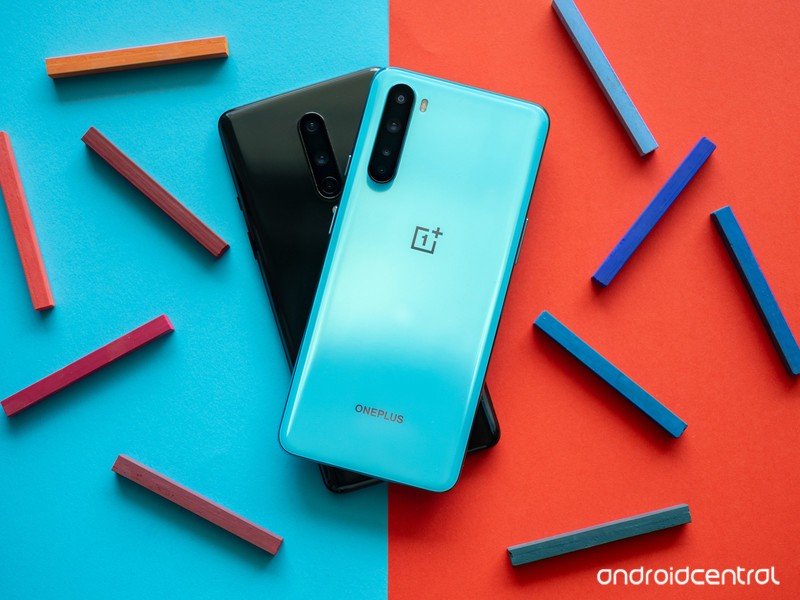 With the Nord, OnePlus is once again turning its attention to the mid-range segment. The phone comes with exciting hardware features and clean software with the promise of quick updates, and the best part is the pricing: retailing for around $450 in global markets, the Nord costs several hundred dollars less than the OnePlus 8 series.

It is a big deal when you consider just how similar the Nord is to the OnePlus 8. Here’s a rundown of all the ways the Nord is better than the OnePlus 8, and why you’re better off picking up OnePlus’ mid-range phone.

The Nord has an AMOLED display with 90Hz refresh rate 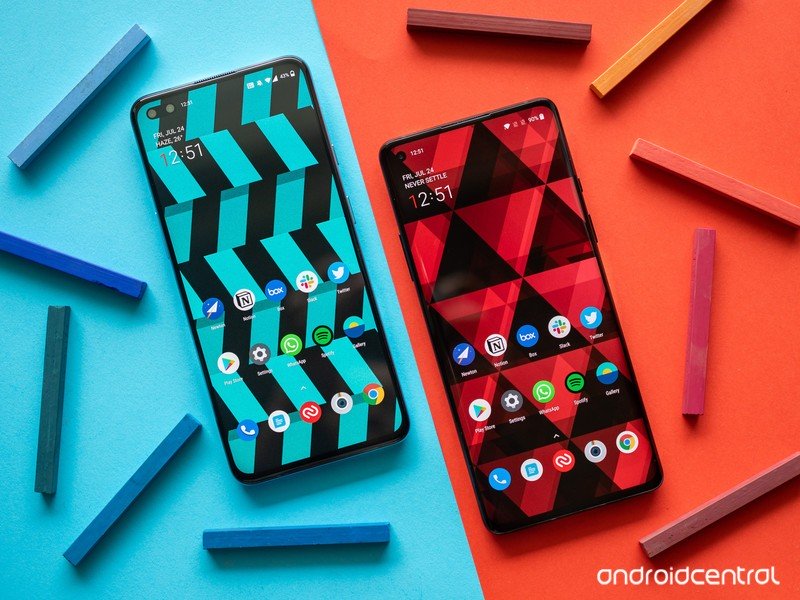 OnePlus didn’t make any compromises when it comes to the display side of things with the Nord, and the result is that you get a 6.44-inch Fluid AMOLED panel on the phone with 90Hz refresh rate, just like the OnePlus 8. The high refresh rate display is just as fluid in daily use and is a standout feature on the Nord.

You get the same set of customization options for the display as the OnePlus 8 series, and the Nord even comes with HDR10+. While 90Hz or 120Hz panels are now the norm in the high-end segment, there aren’t many devices that offer a 90Hz AMOLED panel in the sub-$500 niche. That makes the Nord that much more enticing in this category.

You get the same 48MP camera as the OnePlus 8, and dual cameras up front 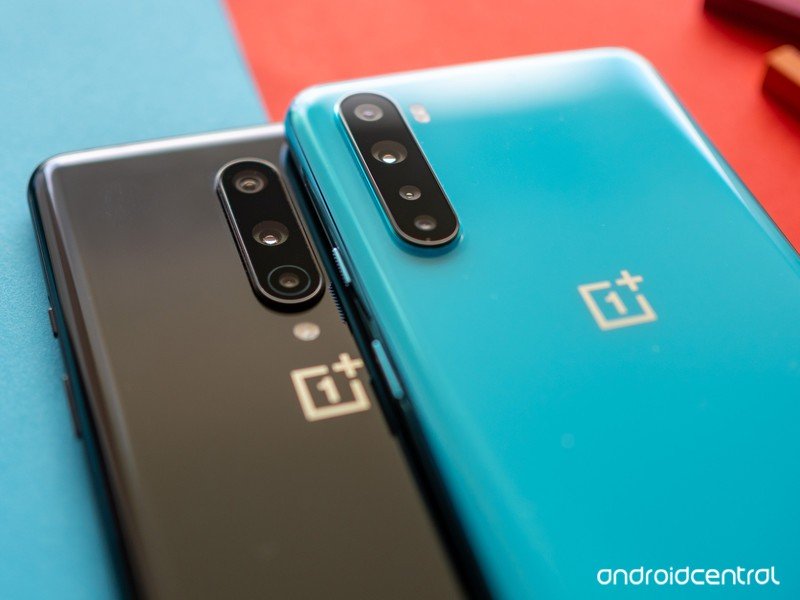 The Nord has six cameras in total, two more than the OnePlus 8. At the back, you’ll find a 48MP Sony IMX586 primary lens that’s identical to the OnePlus 8, and there’s an 8MP wide-angle lens, 2MP macro module, and 5MP portrait lens. The front is where things get particularly interesting; the Nord is the first OnePlus device to offer two front cameras, with a 32MP primary lens joined by an 8MP wide-angle module.

The front camera is of particular interest because the 32MP sensor is of a higher resolution than the 16MP module on the OnePlus 8. You get better photos from the primary lens, and the versatility of the wide-angle shooter, making the Nord a better option if you take a lot of selfies. 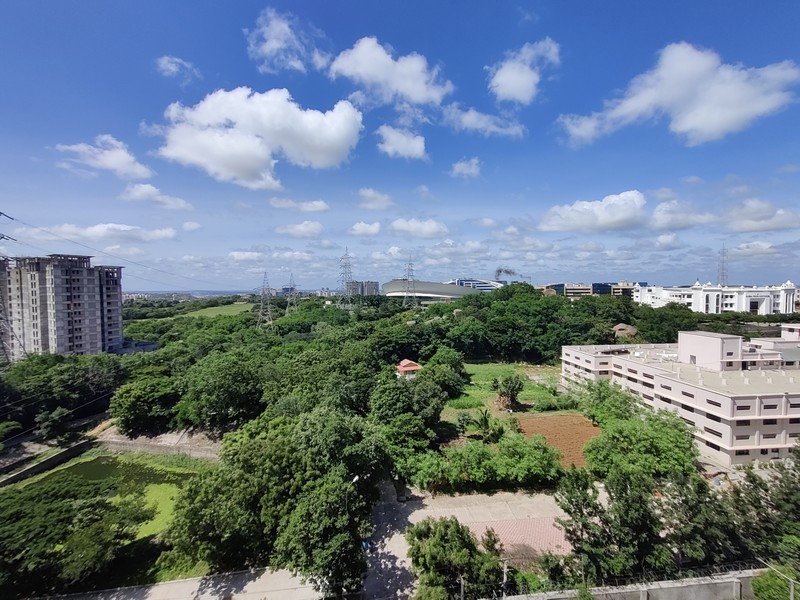 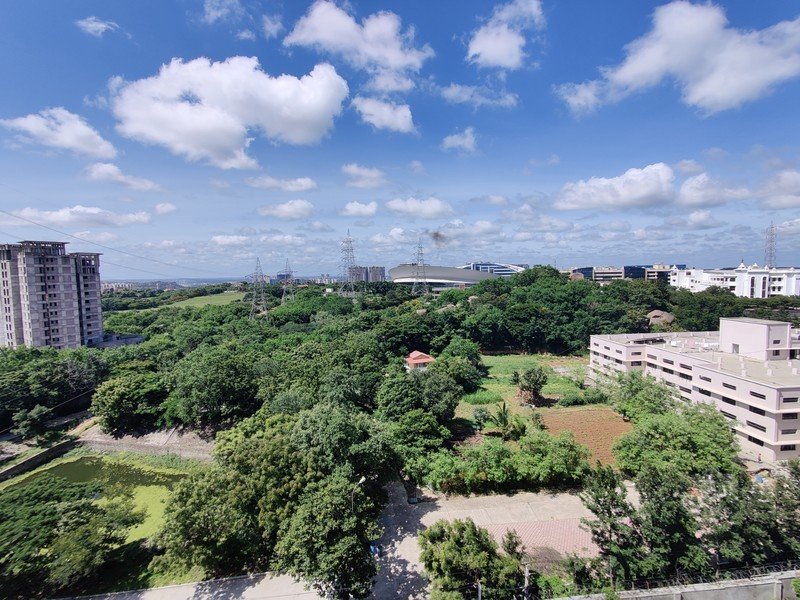 OnePlus Nord to the left, OnePlus 8 on the right 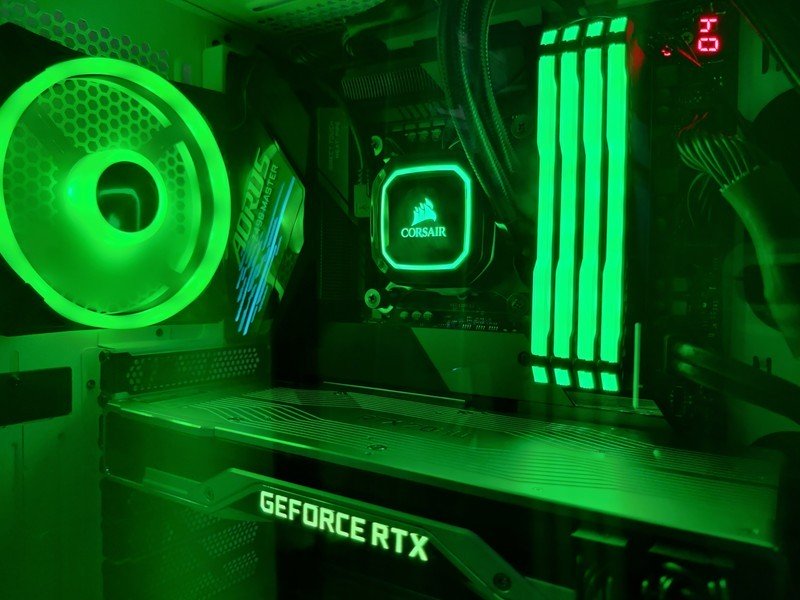 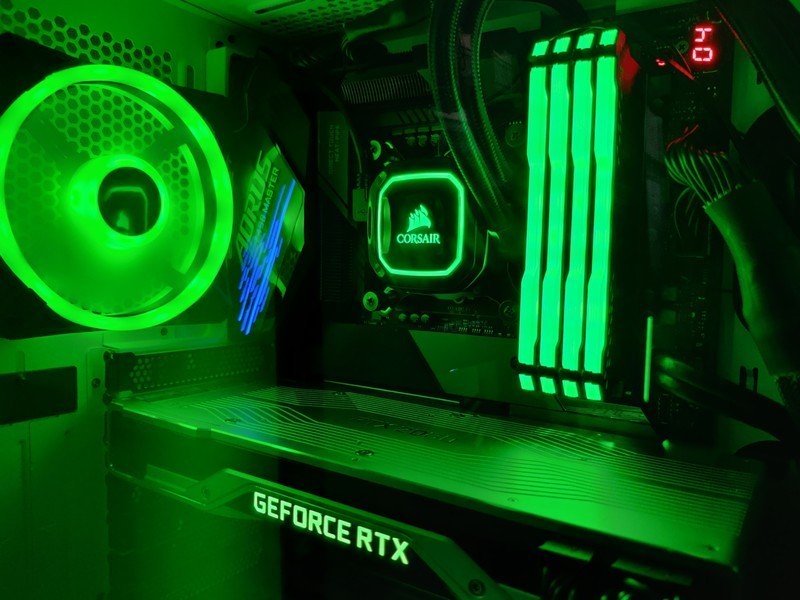 Because the Nord has the same 48MP camera at the back as the OnePlus 8, it takes photos of the same caliber. The camera handles daylight shots particularly well, and while it needs further tuning to reduce noise in low-light shots, it has a great foundation. 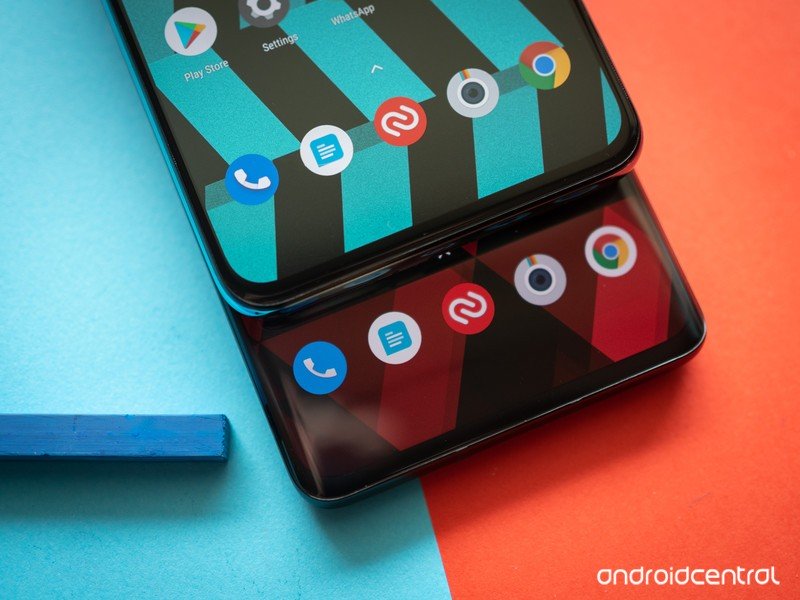 While OnePlus always holds its own when it comes to the hardware, it’s the software side of things where the company has pulled out a considerable lead over the last two years. OxygenOS is the best third-party skin on Android, and the lack of any bloatware coupled with a clean interface and useful features make it a delight to use.

That’s why it’s great to see that the Nord has the same great OxygenOS software experience as the OnePlus 8, and OnePlus is committing to two platform updates and three years of security patches. That puts the Nord on an equal footing with OnePlus’ flagships, and that’s a big deal for a phone available for under $500.

Most mid-range phones do not get two platform updates, nor do they receive three years of security updates. By committing to the same update cycle as its flagships, OnePlus is putting the Nord on the same level as Google’s mid-range Pixel 3a series and the iPhone SE.

You’re not missing out on 5G connectivity 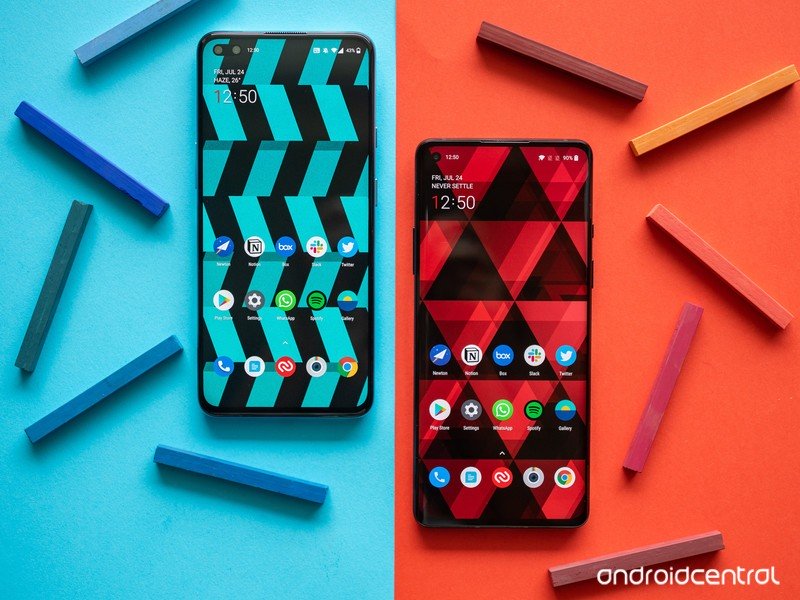 With the Snapdragon 765G chipset, 5G is no longer limited to flagship phones. Qualcomm’s mid-range chipset enables 5G connectivity for $500 phones, and the Nord is one of the first phones sold in global markets to feature the chipset. The phone has the same 5G bands as the OnePlus 8, making it just as future-proof.

As the Nord is not available officially in the U.S., the phone lacks 5G bands for U.S. carriers. That said, if you’re picking up the Nord in European markets, it features the relevant bands for connecting to carriers in the region. 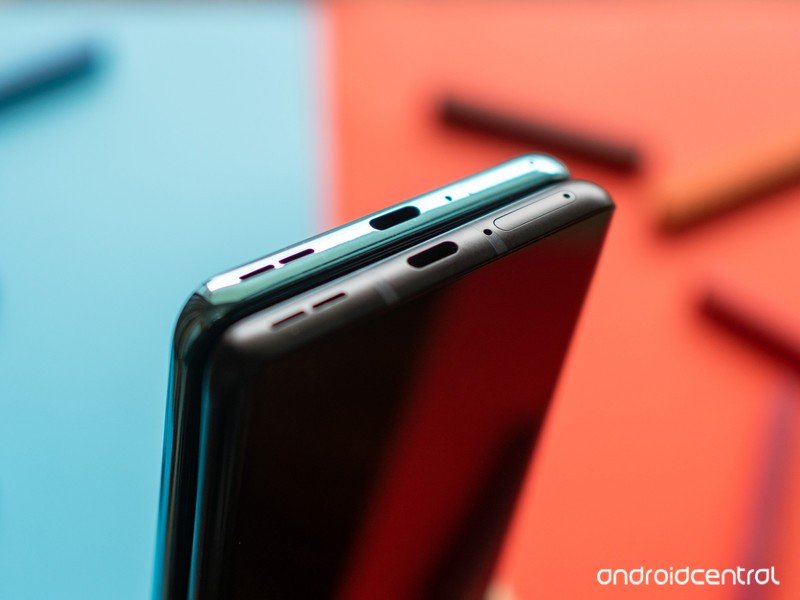 OnePlus has one of the best fast charging standards currently available in Warp Charge 30T, and that’s what you get on the Nord. The 30W standard allows you to charge the phone’s 4115mAh battery from zero to 70% in just 30 minutes. The battery life itself is identical to the OnePlus 8, and the fact that the Nord also gets 30W wired charging puts it on an equal footing to OnePlus’ flagships.

There’s really no reason to buy the OnePlus 8 anymore 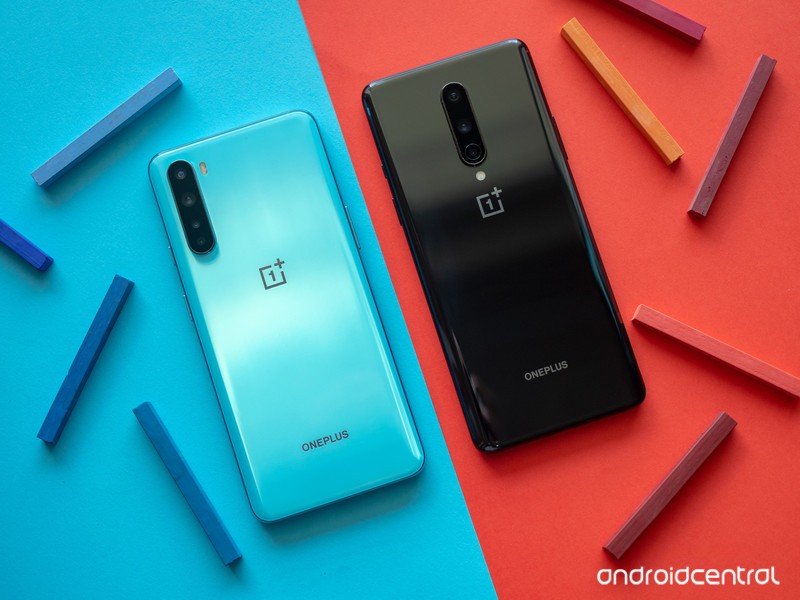 The Nord is proof that OnePlus can deliver a great mid-range phone. It had to cannibalize the OnePlus 8 to do so, but the result is that the Nord makes exciting features like 90Hz panels and 5G connectivity that much more accessible.

Considering the value on offer with the Nord, there really isn’t any reason to pick up the OnePlus 8 anymore. Having used both devices side-by-side, I can confidently say that the Nord is a much better choice. Sure, the phone isn’t running the Snapdragon 865, but there really is no difference in day-to-day use with the Snapdragon 765G.

The only other compromise OnePlus made has to do with the design, with the Nord featuring a plastic mid-frame. There is a chrome finish that mimics the feel of metal, and if you’re going to use a case with your phone, this won’t be an issue. With the Nord, you’re getting all the latest tech that makes OnePlus’ flagships stand out, but for under $500. That makes the Nord one of the best mid-range phones you can get right now. 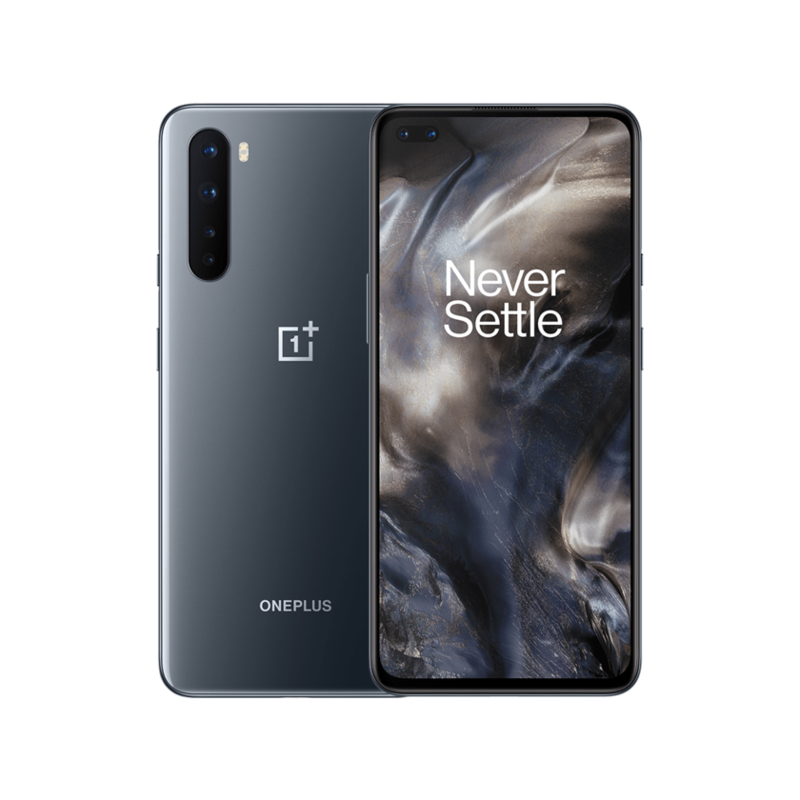 It’s all about the value

The Nord delivers all the features you’re looking for in a sub-$500 phone in 2020. You get a gorgeous 90Hz AMOLED display, robust internal hardware, 48MP camera at the back with dual 32MP + 8MP cameras on the front, clean software with three years of updates, and 30W fast charging.

Facebook
Twitter
Pinterest
WhatsApp
Previous articleApple CEO Tim Cook: ‘We Want to Get Every App We Can on the Store, Not Keep Them Off’
Next articleSwitch up your Galaxy Watch Active 2’s look with these bands