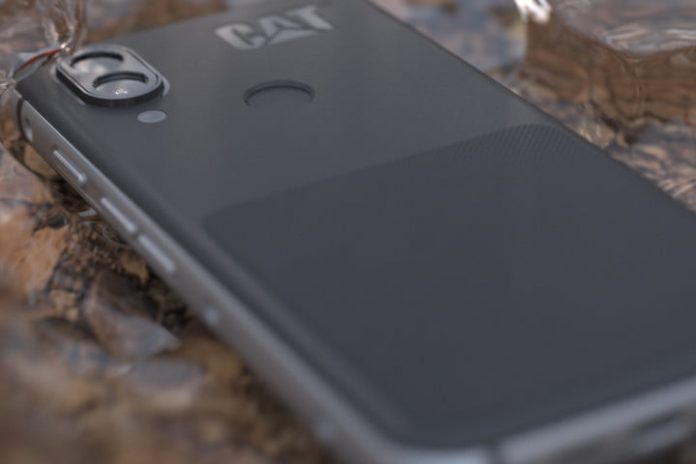 Rough, tough smartphones have taken a turn for the stylish with the announcement of the Cat S62 Pro. While it’s not a Note 10 Plus or an iPhone 11 Pro, it’s still much better looking than most other rugged phones we’ve seen, which (rightly) tend to put function over form. The S62 Pro’s better design doesn’t mean the phone’s ability to withstand harsh treatment has been diminished. Bullitt Group, the company behind the Cat brand of smartphones has been making rugged phones for a decade, and the new phone is the culmination of its experience.

Is it really that tough? During the press launch, the S62 Pro was hit directly onto the screen with a hammer without issue, which says a lot about its durability. It’s one of the first phones to achieve the MIL-SPEC-810H rating, the most recent version of the military standard tests, and in Bullitt’s labs is repeatedly bent, twisted, dropped from 1.8 meters on to steel, and soaked to ensure it doesn’t buckle under pressure. Beyond all this, it’s IP68 rated and tested in hard environments against temperature and humidity, and to make sure it’s safe to be washed with soap and water, or alcohol.

The stainless steel frame has exposed screws around the edge, Gorilla Glass 6 over the screen, and a rubberized body shell for protection. On the side is an oversize, textured button which can be configured to perform different functions including turning on the torch, activating the camera, or a Push to Talk service. Even the SIM card tray has been made from stainless steel to make sure it remains functional after multiple drops.

This is a rugged phone, so even though the overall design is easier on the eye,  it’s not especially svelte. The body is 11.9mm thick and weighs 248 grams, and to put that into context, the iPhone 11 Pro is 8.1mm thick and 188 grams. You won’t be dusting your iPhone off and making many calls if you drop it off a building though, but there’s every chance the Cat S62 Pro will just take it in its stride.

The Cat S62 Pro has a thermal camera, a useful tool for plumbers, engineers, mechanics, and many others. It’s based on technology from industry experts Flir and can measure temperatures between -20 to 400 degrees centigrade, and has 4x the thermal resolution of the thermal camera fitted to previous Cat phones. There are several new features too, including fusing the thermal image with a real-world image to make locating hot spots easier, a spot meter, and a way to add notes.

Outside of all this, the Cat S62 Pro is a mid-range smartphone with a 5.7-inch LCD screen, a Snapdragon 660 processor and 6GB of RAM, a 12-megapixel camera on the back, an 8-megapixel selfie camera, a rear fingerprint sensor, and Android 10 software. Cat promises three years of security updates and an update to Android 11. The phone will be out soon through Cat’s own website for $749 or 599 British pounds.