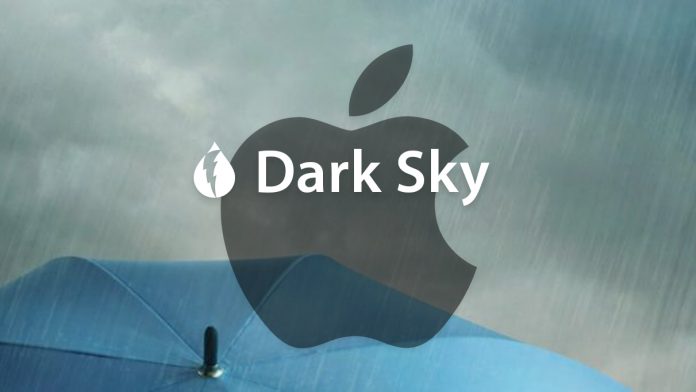 Apple in March purchased weather app Dark Sky, and at that time, Dark Sky’s developers said that the Dark Sky for Android app would be discontinued on July 1, 2020.

Now that it’s July, Dark Sky’s developers today announced that the discontinuation of the Android app will be delayed, and it will be available until August 1, 2020.

The Android app will be shuttered on August 1, and Android users will no longer be able to use it. Subscribers who are active at that time will be provided with a full refund.

Dark Sky also plans to shut down the weather forecasts, maps, and embeds available on its website on August 1. Dark Sky previously said that its API will continue to function through the end of 2021, but no new API signups are being accepted.Tag: Dark Sky
This article, “Apple-Acquired Dark Sky Delays Shutting Down Android App Until August 1” first appeared on MacRumors.com

How to stream on a PS5

Stream your PS5 endeavors to Twitch or YouTube to show off your skills and kickstart your streaming empire. Here’s how to get started and set up your console.
Read more

The Qualcomm Snapdragon 888 processor was announced on December 2, 2020. The high-end SoC is set to power some of 2021’s fastest smartphones with Qualcomm promising up to a 25% improvement in CPU performance and 35% improvement in graphics processing. Now, we’re getting our first look at benchmarks from the beastly Snapdragon 888, and at first looks, it is quite impressive.It should be noted, that all these benchmarks come directly from Qualcomm running on an unspecified reference phone. Not to mention, that benchmarks don’t always tell the full story in performance. Just be aware that the following numbers are lab tests under the best conditions and not real-world performance numbers.Let’s kick things off with the AnTuTu score, where the Snapdragon 888 turned in a score of 735439. For reference, the Galaxy Note 20 powered by Snapdragon 865+ currently has a score of 603352 according to AnTuTu’s rankings. As you can see, that’s quite the improvement, and it currently outranks the top phone on AnTuTu, which is the Huawei Mate 40 Pro with a total of 661059.Next up, we have the Geekbench scores, where the Snapdragon 888 scored a 1135 in single-core speeds and 3794 in multi-core with the reference device. To put that in perspective, the top-ranking Android device according to Geekbench is the OnePlus 8 with a single-core score of 886 and multi-core score of 3199 running the Snapdragon 865 SoC.The all-new Snapdragon 888 easily leaves the Snapdragon 865 and 865+ in the dust, and this is exactly what we’d expect to see from Qualcomm’s latest and greatest chipset. Of course, as I mentioned above, these scores come from an ideal lab environment. Once we see some phones running the Snapdragon 888 in real-world conditions, we can expect to see how the benchmark scores from Qualcomm’s reference device hold up.Fortunately, we shouldn’t have to wait long. Samsung’s Galaxy S21 series of phones are launching January 14, 2021, and they are expected to run the latest Snapdragon chip, as is the OnePlus 9 set to be revealed in March 2021.
Read more

Today, ZTE is making history by being the first smartphone maker to offer a phone with a camera under the display. You might remember, ZTE first launched the Axon 20 5G back at the beginning of the month with the price still being a big question mark.We now know what ZTE is charging for this world’s first smartphone, and it’s surprisingly reasonable at €449/£419/$449. Plus, you can have it in any color you want, as long as that color is black.Now, besides the 32MP front-facing camera hidden under the 6.92-inch 90Hz 1080p display, there’s not too much to get excited about with the Axon 20 5G. It’s powered by the mid-range Snapdragon 765G, 8GB of RAM, has 128GB of storage with an expandable microSD card slot. It also packs in a 4,200mAh battery, and comes with Android 10 out of the box.The back of the device houses a quad-camera setup with a 64MP main shooter, 8MP wide-angle camera, 2MP macro, and 2MP depth camera.As you can see, besides the front-facing camera, fingerprint sensor, and speaker hidden under the display on the device, the Axon 20 5G is unremarkably average. Early reports are also revealing that the front-facing camera is also exceedingly sub-par. Going so far as to say that the phone is best if you don’t plan on taking selfies.That shouldn’t be too surprising, as this is brand new technology and even getting a camera to take semi-decent photos from behind the display is a feat in itself. However, it appears other brands working on this technology weren’t ready to ship a phone with photos of this quality yet, while ZTE was more concerned with being first.If you want to be one of the first in the world to experience a phone that’s all screen and nothing in between, you can order the ZTE Axon 20 5G starting today.Unfortunately, it’s not as easy as going directly to the ZTE website. First, you’ll need to be in one of the countries where the phone is available. Spoiler alert, the U.S. isn’t one of the countries. It’s mainly in countries across Europe and Asia.Then, you need to join the New Vision Club to receive an invitation code. Afterward, you can input your code on the ZTE website to complete your order and receive the Axon 20 5G along with a pair of ZTE LiveBuds TWS earphones.With this being the first commercially available phone with a camera hidden under the display, demand will most likely be high. So, if you’re wanting to get your hands on one you better hurry.
Read more