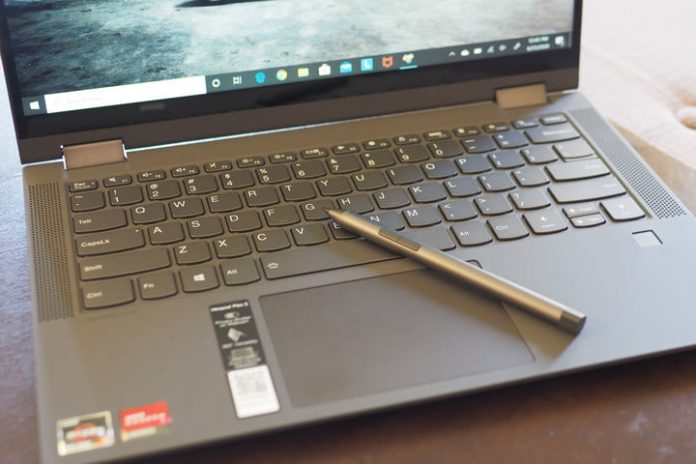 After beating out rivals Intel and Nvidia to become the first to 7nm and PCIe 4.0, AMD has a lot of successes to be proud about. With affordable prices, chart-topping performance, and advanced designs, there is plenty to love about AMD’s Ryzen family of processors.

The company has a lot planned over the next few years for its processors and graphics cards that could help extend its performance lead over the competition. As more is learned about AMD’s plans, people may be tempted to continue delaying any potential PC upgrade to wait for the next big thing coming from Team Red, which is a testament to the strength of the company’s engineering road map.

Laptops released with AMD’s Ryzen 4000 mobile processors have been a huge hit for AMD, and rightfully so. These affordable portables promise to deliver powerful performance, long battery life, and even the ability to crunch data and play Full HD games, all in a lightweight design. AMD and its partners are so bullish on the success of this silicon – based on AMD’s Zen 2 architecture — that it expects up to 135 designs to launch.

With the success of Ryzen 4000 on mobile, our expectations are high for the AMD silicon family’s debut on desktop, where it is expected to land before the year is over. It was rumored that AMD may be pushing Ryzen 4000’s desktop launch to early 2021 after the company launched new XT series processors to extend the life of its Ryzen 3000 family, but the company has squashed those rumors and insisted that there is no delay the for Ryzen 4000.

Vermeer’s Zen 3 will feature an enhanced 7nm+ process node that will likely be manufactured by partner TSMC and deliver improved instructions per cycle (IPC) performance, faster clock speeds, and better efficiency. Early benchmarks suggest that the Zen 3 architecture could deliver up to a 17% boost in IPC and 50% better performance with floating-point operations. Vermeer will take on Intel’s 10th-gen Comet Lake-S and upcoming 11th-gen Rocket Lake-S.

If performance is your ultimate goal, you’ll be happy to learn that AMD is expected to debut its Threadripper 4000 processor, which goes by the code name Genesis Peak SP3r3, later this year. Threadripper 4000 will likely be based on an enhanced 7nm+ process, making its design similar to the Ryzen 4000 Vermeer release.

On the graphics side, AMD announced that its RDNA 2 architecture – also known as Navi 2x – will debut by the end of the year and span a range of products from desktops to consoles, like Microsoft’s Xbox Series X. RNDA 2 boasts a 50% uplift in performance while bringing ray tracing to AMD’s graphics cards for the first time.

For processors, 2021 may be a slow year for AMD on the desktop CPU side. A leaked road map spreadsheet posted by Twitter user @Komachi_Ensaka revealed that AMD may not have a desktop processor planned for 2021. Though AMD enthusiasts may be disappointed by this rumor, it may not be entirely bad. After years of existing in the shadow of its rival, AMD may feel confident enough in the strength of its existing Ryzen 4000 CPU lineup to compete against Intel’s road map. Intel, after all, is still struggling with 10nm production yields, and it won’t have a 7nm processor until 2021 to catch up with AMD.

Instead, it appears that AMD will focus its efforts on its APU family, with the launch of Cezanne. Cezanne will replace the Ryzen 4000 Renoir, and it will appear on desktop and mobile as part of AMD’s Ryzen 5000 APU lineup. The desktop variant of Cezanne is expected to continue using the AM4 socket, making upgrades from older processors easy, while the mobile APU Is expected to use the FP6 BGA, similar to Renoir.

Cezanne will utilize a new version of AMD’s Zen 3 processing cores alongside existing Vega 20 graphics architecture. Zen 3 is expected to deliver significant improvements to IPC, along with lower core latency. Cezanne could debut as early as January 2021 to coincide with the timing of the CES 2021 trade show.

AMD is also expected to debut a budget-friendly mobile APU in 2021 that will see the company continue to leverage its investment with the Zen 2 architecture. It’s unclear if Van Gogh will be branded under the Ryzen 4000 or the new Ryzen 5000 series, but AMD will likely opt for the latter to coincide with the announcement of Cezanne.

Interestingly, early reports suggest that although Van Gogh will utilize older Zen 2 cores, it will bundle them with newer integrated Navi graphics. The change to Navi from Vega suggests that Van Gogh will ship with newer RDNA 2 graphics architecture. Additionally, laptop owners who need more GPU performance and prefer an all-AMD solution can seek models that pair Cezanne with up to a discrete Navi 23 GPU. Van Gogh will be a competitor of Intel’s 11th Gen Tiger Lake platform, which will come with the company’s improved Xe graphics architecture.

Aside from the Cezanne mobile APU, AMD could also launch new mainstream H-series and low-power U-series CPUs for laptops that feature the new Zen 3 cores, according to Wccftech.

For graphics, AMD’s RDNA 3 architecture will likely debut in sometime in 2021. References to Radeon Navi 3 – or RDNA 3 – were recently found in Apple’s beta release of MacOS Big Sur, according to HotHardware, suggesting that RDNA 3 could arrive on Macs shipping after fall 2020.

Like with RDNA 2, AMD will likely focus on performance-per-watt improvements for its next-gen graphics. AMD announced that RDNA 3 will be based on an advanced node, but the company did not disclose specifics. RDNA 2 is based on a 7nm process.

AMD has confirmed that development of Zen 4 has already begun at its Financial Analyst Day this year, and the chipset will be based on a 5nm node. The architecture is expected to deliver a significant uplift in performance and reduction in power consumption, features that will make the Zen 4 design attractive on laptops, foldables, and new and emerging form factors. PCGamer expects that the reduction in node size could lead to up to an 87% increase in transistor density.

Like previous Zen-based releases, AMD will likely debut its Zen 4 architecture on its server chips. This means that you’ll be able to find AMD’s first 5nm architecture on the EPYC Genoa lineup first. The 5nm architecture will subsequently begin appearing in AMD’s consumer silicon, and when it does, we expect AMD to deliver serious competition to Intel.

To ramp up to 5nm, it has been reported by Hardware Times that AMD has placed an order for additional capacity at partner TSMC’s foundry. In an earlier report, China Times stated that TSMC is progressing nicely with its 5nm process, and that production yields have already reached 50%. TSMC’s 5nm node could give AMD’s processor 80% greater transistor density and a 45% die reduction, leading to a 15% performance uplift compared to Ryzen 3000’s 7nm architecture, according to a report on PCGamesN.

Zen 4 could also use a new, faster memory, signifying a jump to DDR5 RAM. If accurate, Zen 4 could require a new motherboard design, according to speculation from TechRadar, as well as a transition away from the AM4 socket.

Given Zen 4’s anticipated launch toward the end of 2021 or early 2022, we expect new Ryzen 5000 CPUs based on Zen 4 cores to formally be announced at this time. In addition to a mainstream processor – code-named Warhol – that will replace Vermeer, AMD is also expected to debut a Ryzen 5000 Threadripper processor, according to Wccftech.

On the APU side, AMD is rumored to be working on a Ryzen 6000 product with the code name of Rembrandt that will succeed 2021’s Cezanne. This desktop APU is said to feature a 6nm node that will feature Zen 3 Plus cores. The Zen 3 Plus architecture is expected to deliver even better energy efficiency and performance uplift over the standard Zen 3 platform.

Are you tired of yelling towards the living room to tell Alexa to turn on your lights, or any of
Read more

Need to refund a PS4 game or PS5 new release? We’ve got you covered.

When it comes to getting a refund for a digital game on PS4 or PS5, your mileage may vary. Technically,
Read more

You can transfer PS4 games and save data to PS5. Here’s how!

Before you start playing those PS5 games on your shiny new PS5 console, you might want to play some of
Read more