Home News Reminder: Most people don't know or care what processor is in their...
News

Reminder: Most people don’t know or care what processor is in their phone 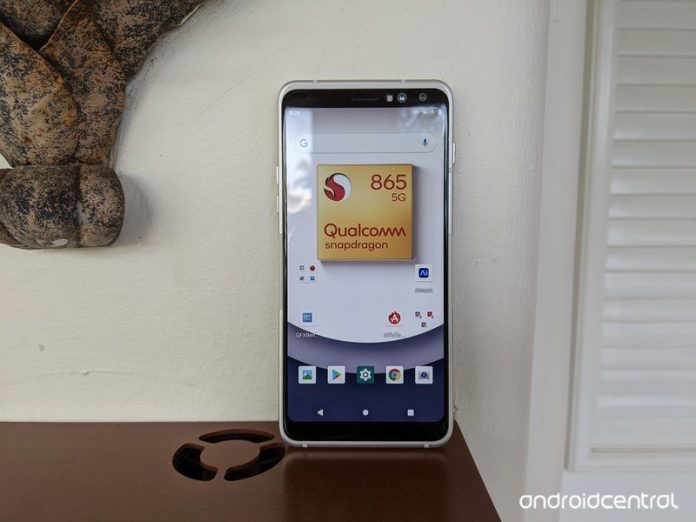 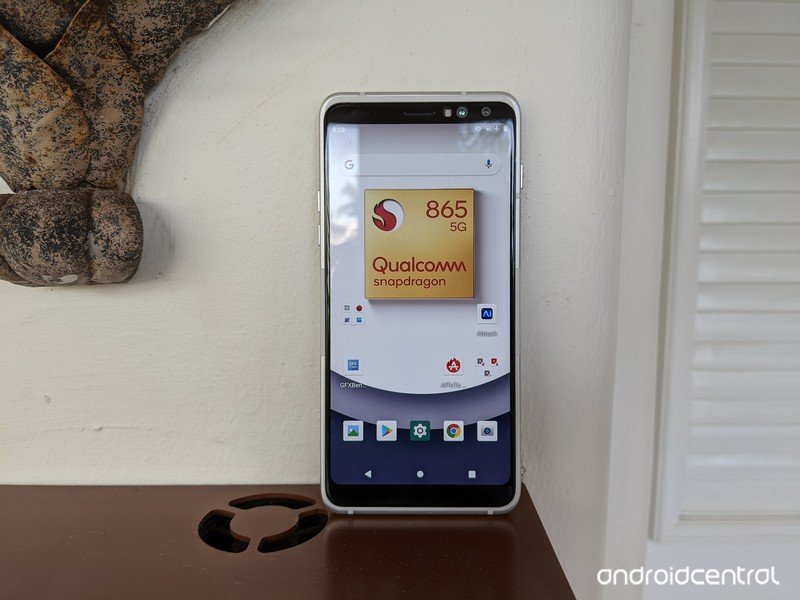 Having a good processor is a checkbox item, not a purchase driver.

The debate over what processor you should expect in a smartphone has picked back up in 2020 after a couple of years of seemingly taking a back seat in people’s hierarchy of needs. It seems to be mostly driven by increasingly-expensive high-end phones saddled by the extra cost tied to Qualcomm’s Snapdragon 865, and the subsequent decision by some companies to step down and use Qualcomm’s 700-series processors typically used in less-expensive phones.

Every time one of these arguments over processors springs back up, I need to remind everyone that the vast majority of people simply don’t care what processor is in their phone — in fact, most people don’t even know what processor they’re using. And even those who do know which processors are in phones probably shouldn’t put so much emphasis on them when buying their next phone. 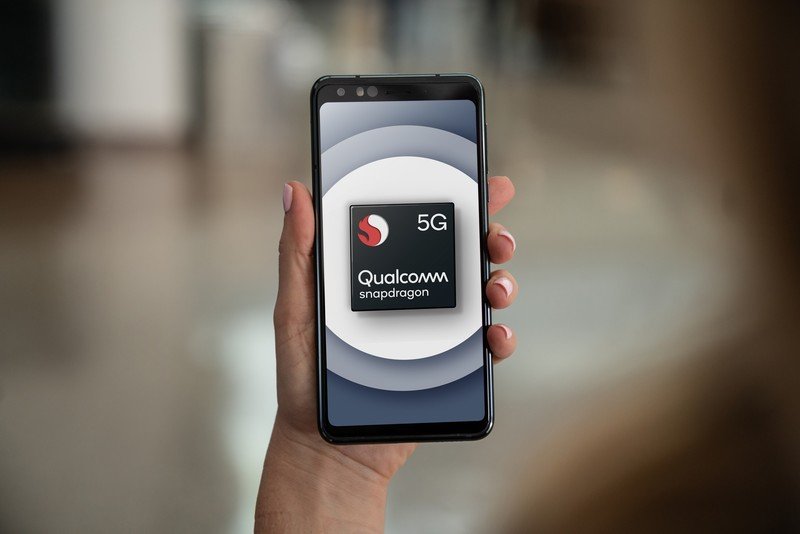 Research shows that average consumers simply don’t factor the processor into their buying decision. A Global Web Index report shows the top four purchase upgrade drivers are that their current phone lacks in battery life, storage size, speed, and camera quality. Don’t get “it’s too slow” (speed) confused with “its processor is bad,” though — people just want a phone that’s quick and consistent, they don’t actually care about the specifics of the processor. And as many of us know, overall performance can have just as much to do with software optimization (and what apps the user has installed) and the amount of memory in the phone as it does the processor speed.

The same study says that for buyers of premium phones, over 50% are loyal to their smartphone brand. Some statistics show brand loyalty to be even higher, and can be one of the biggest purchase drivers — with Samsung owners choosing another Samsung phone nearly 65% of the time and Apple owners sticking with Apple 75% of the time. So before you even get to the point of deciding between phones based on specs, you’re most likely to be narrowing your search based on brand alone.

We’ve seen this play out time and time again, particularly in the realm of less-expensive phones. There’s a reason why inexpensive phones often have big screens, big batteries, more cameras, and flashy exterior designs: those are the things that sell phones, not the individual line-item specs inside. If someone can buy a phone with a bigger screen and longer battery life, they’re going to focus on that rather than something as boring as which processor is inside or how much memory there is. From a cost of manufacturing standpoint, it’s also often much cheaper to scale up the size of a screen or battery than it is to move up to the next tier of a processor — that’s a win-win.

Samsung is a perfect case study for whether people care about what processor is in their phones. Its $350 (or equivalent) Galaxy A51 was the best-selling phone of Q1 2020, and it racked up those sales with its basic Exynos 9611 processor — on top of that, reviews regularly listed performance as a problem. Nobody knew what processor was in it, and performance was known to be weak, yet it still sold incredibly well. 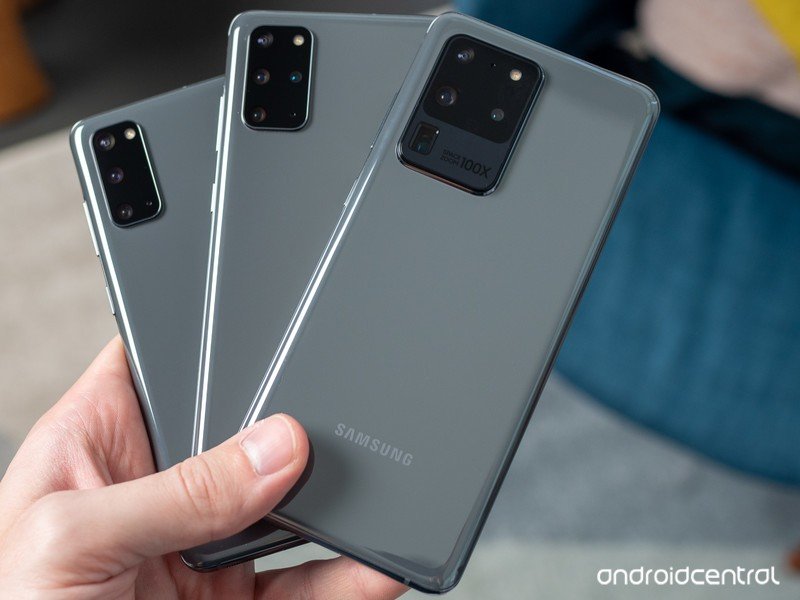 The company doesn’t actively market its Exynos processors, to the point where it will simply list “quad-core processor” or “octa-core processor” on any product listing with an Exynos, because it knows the name doesn’t matter. But lest you think that’s just something common in the lower end, it even does the same in marketing its $1000+ Galaxy S phones that appeal to the masses and phone nerds alike — splashy marketing about the design, cameras, display, battery life, and not a peep about the processor. On its Galaxy S20 website, even diving deep into the specs pages, still says “7nm 64-bit Octa-Core Processor.”

These are the best Android phones you can buy

Only true phone enthusiasts know about the intricacies of phone processors.

Only true enthusiasts know about the intricacies of different processors and even let the processor begin to influence their phone buying decision. While it’s true that those enthusiasts are early adopters of phones and can steer the direction of the early popularity of a phone, ultimately, the preferences of the masses will take over. And it continues to be proven that overall, people buy phones based on so many other factors than the processor.

Phone enthusiasts know when they’re not getting the best of the best processors and automatically translate that to being a bad thing — even if, like the rest of the buying public, they realize the actual experience of using the phone is no different. Oddly, though, somehow these phone enthusiasts are fine accepting less-than-the-best specs in other parts of the phone, like a dimmer display, fixed-focus front-facing camera, missing wide-angle rear camera, poor haptics, missing wireless charging, or any other individual feature. Apparently, they just can’t handle having a Snapdragon 765 instead of an 865, but can understand the nuance and grey areas of other parts of the phone.

It’s no longer reasonable to expect every high-end phone to have the best processor.

But the reality is that it’s no longer reasonable to expect every high-end phone to have the biggest and best processor out at the moment. Just like every other component of the smartphone, there’s going to increasingly be nuance in what processor companies choose. Processors are so powerful now that there’s less of a tangible benefit to using a higher-end chip — often, it’s there just because it’s the “best” available. Component prices are steadily getting more expensive, putting pressure on the phone companies to the point where it doesn’t make sense to include a higher-end processor for the branding alone; there has to be a specific feature or capability it adds that’s sellable to the end consumer.

This isn’t to say that the processor isn’t an important component of a smartphone. We care about many of the things that the system-on-chip (SoC) influences and enables, such as display refresh rate, gaming performance, connectivity options, camera features, and battery life. But this is a reminder that if the experience of using the phone is good, people won’t care about what name is attached to that SoC or what the line-item specs of size, cores, or clock speeds are. And that these SoC names and brands never convey their actual capabilities or explain why you need one over the other.

Don’t buy a phone with the processor that has the biggest numbers attached to it and assume it’s the best, and don’t look away from a phone you otherwise may like because it has a lesser processor. Buy the phone that brings you the best overall combination of features and capabilities.

Customization has arrived, though it still has its limitations
Read more

How to stop apps from closing on your Samsung Galaxy phone

Like it or not, our smartphones are an integral part of our day-to-day lives. We use them for connecting with
Read more