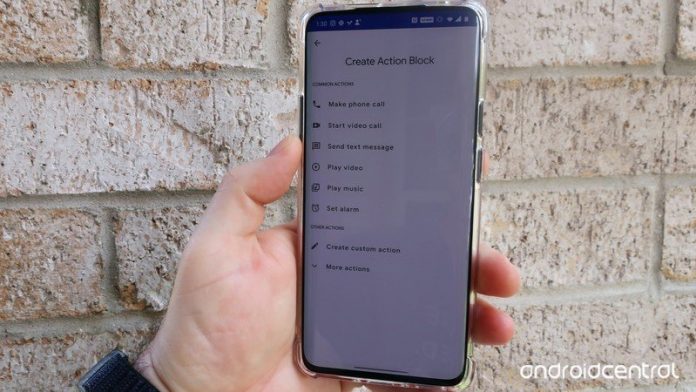 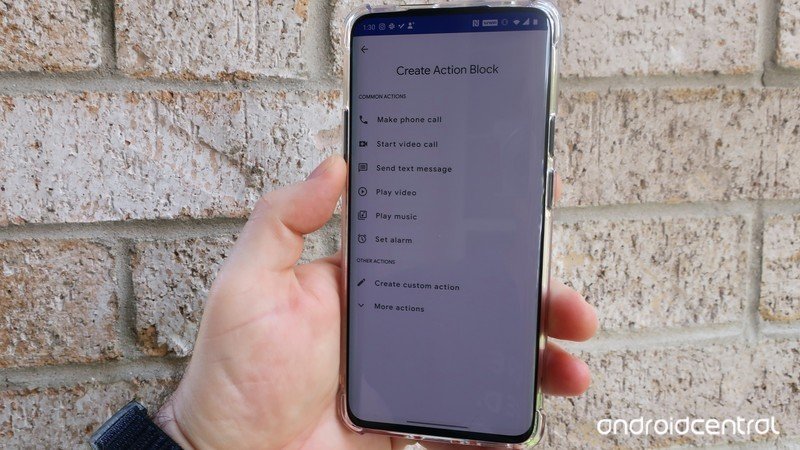 Whether you want to set up some simple automations for an elderly family member, help out a friend with cognitive disabilities, or you just want to make an “easy button” for your mom to turn on her smart lights, Google’s Action Blocks are here to the rescue. We’ll show you how to enable the app and quickly create Action Blocks that can serve as useful shortcuts for Google Assistant tasks.

What are Action Blocks?

In a sense, Action Blocks can be thought of as Google’s answer to Siri Shortcuts or Alexa Routines, in that it is an app that allows you to quickly and easily create routines that can be enabled with the push of a button. Basically, anything that you could ask the Google Assistant to do can be automated through the Action Blocks app and turned into a widget or mini-app that you can place on the home screen of your Android device.

Initially created as an accessibility feature, Action Blocks are available to all Android users as a simple tool to access and enable Google Assistant automations.

How to use Action Blocks to automate Google Assistant tasks

Choose one of the preset Common Actions, or tap on Create custom action or More actions for additional ideas. 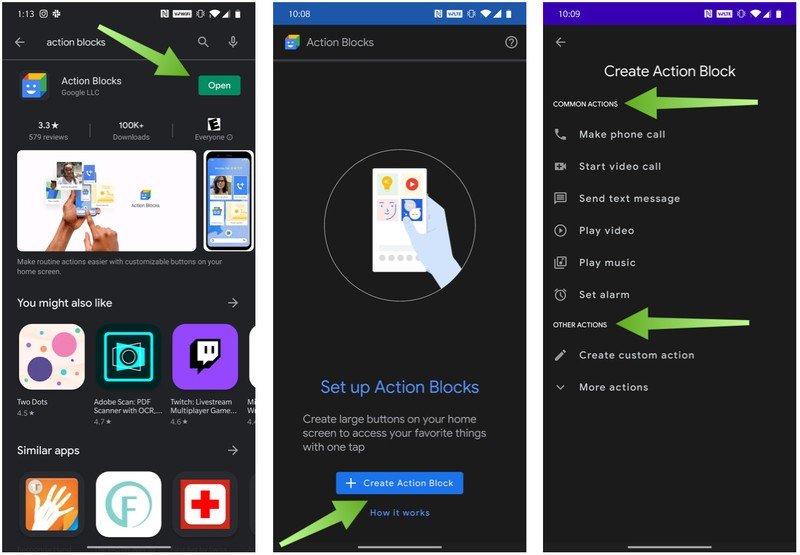 For my first Action Block, I’m going to create a button to play Beatles music because I have an elderly relative that loves the Beatles.

Tap on Play music.
Type in Play Beatles on YouTube Music in the action line.
Check or uncheck the Always speak action out loud, depending on whether or not you feel that prompt is helpful. If the action or title has sensitive information, consider unchecking this prompt.
Tap on Test action to make sure your new automation works.
Tap Yes if the test worked as intended. 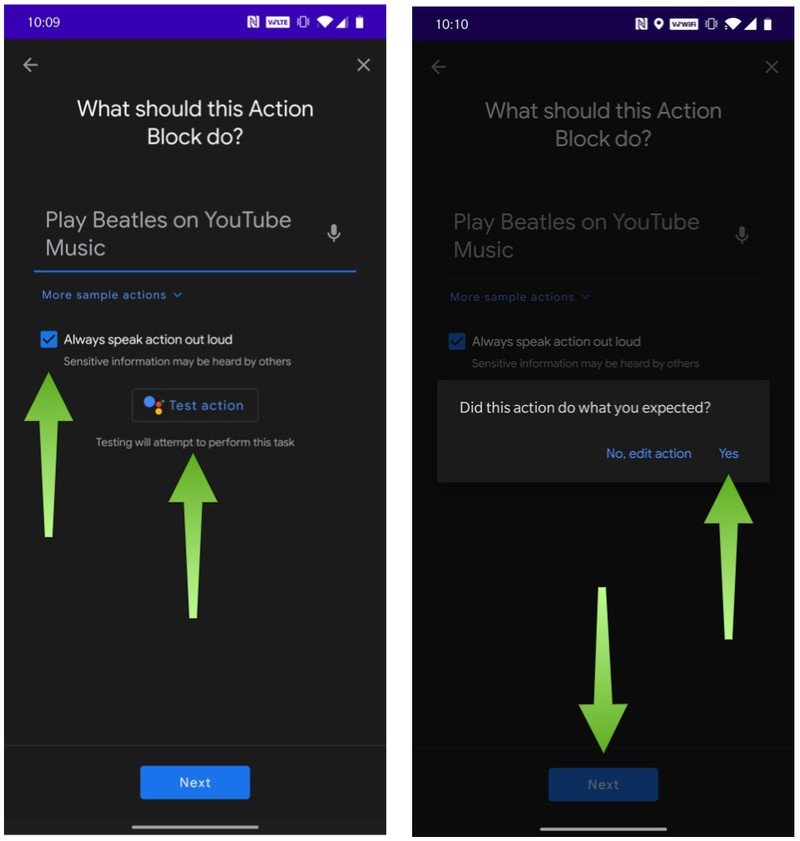 Press and hold to place the Action Block on the home screen, or tap Add Automatically. 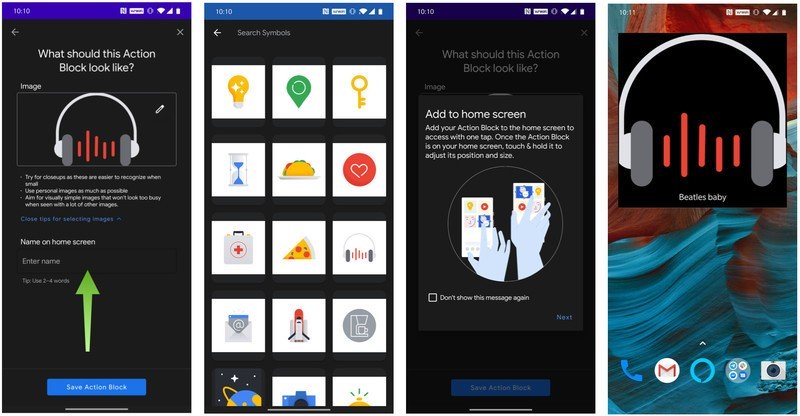 It’s that easy to create Google Assistant-powered Action Blocks! Note that you can resize and move the Action Blocks around as you would any other Android Widget. You can also edit or delete an action block at any time by going into the Action Blocks app and pressing down on one of the blocks you’ve created.

Now that you’ve created an action block, you or your loved one can activate the Google Assistant to perform the intended task just by tapping on the new Action Block widget on the home screen. This is perfect for those that can’t, or don’t want to, speak directly to the Google Assistant, or who can’t remember the exact name of the app or task that they’re trying to invoke. 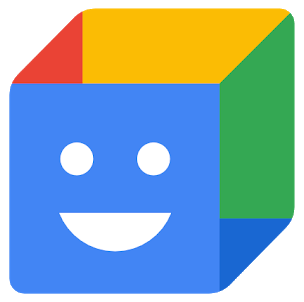 This accessibility app by Google allows you to enable complex actions through the Google Assistant with the push of a single button on the home screen of an Android device. It is a simple yet effective way to create easy automations on Android.

Facebook
Twitter
Pinterest
WhatsApp
Previous articleSamsung Galaxy A31 with 5000mAh battery debuts in India for ₹21,999 ($291)
Next articleThe LG G7 Fit price has dropped to a new low, making it much more tempting

Like most other M-series phones, the Galaxy M41 will likely debut in India before other markets.What you need to knowA
Read more
News

You have to fit into a specific niche to buy this tablet.This spring, Amazon refreshed its Fire HD 8 tablet
Read more

Like most other M-series phones, the Galaxy M41 will likely debut in India before other markets.What you need to knowA
Read more

You have to fit into a specific niche to buy this tablet.This spring, Amazon refreshed its Fire HD 8 tablet
Read more