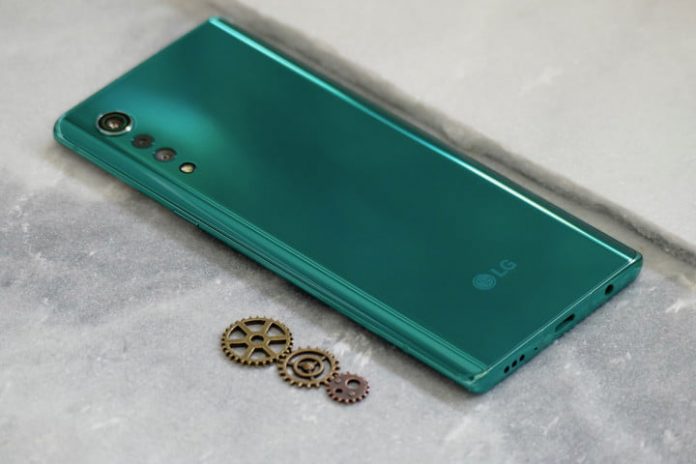 LG just launched the Velvet, a redesigned smartphone that tosses the hardware language of previous years out the window. It’s more elegant and sleek and gives off a luxurious aesthetic that we’ve come to miss with the G and V series. But if you’re in the market for a new smartphone, the first question you might ask is: iOS or Android? Apple offers a compelling device in its iPhone 11 that’s capable of satisfying its current user base while attracting others to switch from Android.

Whether you’re looking to dip your feet into LG or Apple’s pool, the Velvet and iPhone 11 are phones you should consider first. To help you decide which is better, we compared the design, performance, camera, and special features of the two latest high-powered offerings.

LG’s smartphone makeover has given its latest flagship, the LG Velvet, all the press it deserves. The curved glass build that LG calls “3D Arc Design” gives off a premium feel and allows the phone to rest smoothly in your hand. It’s a thin device at 7.9mm thickness and weighs only 180 grams — both great feats for a phone this big. On the front, the Velvet has noticeably sized bezels, with a teardrop notch dripping off the top. It’s not the most appealing design especially when compared to the likes of punch-hole, pop-up, and under-display cameras, but it works. A 6.8-inch screen seems like a handful, but the 20.5:9 aspect ratio makes the LG Velvet much easier to use even with one hand.

Apple played it safe with the iPhone 11 by recycling the iPhone XR design. It’s outdated but if it ain’t broke, don’t fix it. We deemed the device as “the iPhone for all,” and here’s why: It features Apple’s infamous notched display carrying Face ID, a glass and aluminum build, and an added ultrawide lens to satisfy those who crave a flexible camera. While the 6.1-inch, 828p (basically 720p) Liquid Retina display is nothing to write home about, it’s certainly good enough. In fact, the lower resolution panel offers slight improvements to the battery life, which we’ll go more into in more depth later.

Comparing the two devices side by side, the LG Velvet offers a more futuristic design that you’d be proud to show off. Both phones have IP68 water and dust resistance, wireless charging capability, and a plethora of color options. But if we had to bring one to the ballroom, it would be the LG Velvet.

It’s difficult to compare performance, especially when the LG Velvet and iPhone 11 run on different operating systems. The former has 6GB of RAM and is backed by a Snapdragon 765G chipset. You won’t get the same power and efficiency as you would from a Snapdragon 865, but the Velvet is capable of handling day-to-day tasks with ease. It helps that the phone is on the latest version of Android 10, as the integrated gestures and animations make the Velvet experience super smooth. While the iPhone 11 isn’t a “Pro” model, the A13 Bionic chipset inside is efficient and powerful enough to easily handle any app or game. Launching apps is quick, and information loads up before you scroll up and down, making the experience smooth and stutter-free.

In terms of battery life, the Velvet has a 4,300mAh capacity and will leave you with just enough to finish your day. It’s not the best out there, but it’s compensated with the 25W fast charger included in the box. The iPhone 11 has a smaller 3,110mAh capacity, but don’t let the number fool you. When paired with an 828p display, exceptional standby time that you’ve come to expect with iOS, and the latest A13 Bionic chipset, you have a recipe for multiday battery life.

Performance will feel similar on both devices, so it really comes down to which of the smaller feats you value more. If you want faster wired and wireless charging, go with the Velvet. For long-lasting battery life, go with the iPhone.

LG was one of the first to introduce ultrawide lenses to smartphone photography. For a company that’s packed its previous flagships with as many cameras as possible, the Velvet’s triple-camera array may seem underwhelming. It has a 48-megapixel main lens, an 8-megapixel ultrawide, and a 5-megapixel depth sensor. The stills you get from the camera are far from bad, but not good enough to compare with flagship smartphones. Pictures can appear washed-out and over-sharpened, giving them an unnatural look. Even with the depth sensor, the phone struggles to produce portrait shots that accurately crop out the subject in focus.

With the addition of an extra lens, the iPhone 11 was expected to be a step up from the already great iPhone XR camera, and it is. The 12-megapixel main lens is the same one you’d find on the Pro models — it comes with fast auto-focusing speeds in low light and Smart HDR to counter high-contrast lighting, and consistently snaps natural-looking pictures. Throw in a 12-megapixel ultra-wide lens and you have the versatility that iPhone users have been longing for.

The iPhone 11 is the clear winner in terms of camera, but with enough lighting and a little practice, both devices are capable of taking pictures worth sharing.

The iPhone 11 is currently running on iOS 13.5, but you can expect it to be updated to iOS 14 when it’s available. iPhones are celebrated for consistently getting software updates, even years after its release. Note that Apple can be aggressive when it comes to pressuring you to update, and the company’s history of throttling older phones is something to be aware of.

LG doesn’t have as good of a reputation when it comes to software updates, but if there’s any device for them to turn that around with, it’s the Velvet. You can expect at least two years of software updates on the Velvet, and security patches along the way. However, Apple’s reliability takes this for the Cupertino, California, company.

Traditionally, Android smartphones have packed more special features than iPhones, so it should come as no surprise that the LG Velvet has some tricks up its sleeves. With Dual Screen Functionality, you can attach your device onto a dual-screen case (sold separately) and multitask like nobody’s business. The extra real estate can also act as a controller when gaming. If you ever top up the 128GB onboard storage, insert a microSD card for expandable memory. Lastly, the Velvet has a 3.5mm headphone jack. It’s not the quad DAC previous LG users may be familiar with, but it exists for those who don’t want to go wireless.

What the iPhone 11 does offer is Face ID. Apple’s biometric recognition is arguably the most secure and reliable form of device unlocking, and it’s definitely a hit. The integration of the iPhone in Apple’s ecosystem is another special feature on its own — the seamless connection between smartphone, audio, and computer is unrivaled. It’s also worth mentioning that iMessage, one of the most popular text messaging services, is only available on Apple’s lineup of products.

All things said, the LG Velvet packs more special features as a stand-alone device. Most consumers will find more use in what the phone has to offer than that of the iPhone 11.

The iPhone 11 starts at $699 for the 64GB model and can be upgraded to 256GB for $150 more. You can buy it directly from Apple or from a carrier store country-wide. The LG Velvet is only available in Korea and Europe at the moment, but plans to launch in the U.S. very soon. It’s priced at 650 euros, which converts to around $735 for the model with 128GB of storage and 6GB of RAM.

The LG Velvet is a great option for those who want a smartphone that looks and feels premium without paying the $1,000 price tag. As good as the Velvet is, the Apple iPhone 11 takes the victory with a feature set that may not be the flashiest, but has gone through years of refinement and will surely provide a consistent and problem-free mobile experience.

Facebook
Twitter
Pinterest
WhatsApp
Previous articleProtect your investment with these Galaxy S10 screen protectors
Next articleHow to watch ESPN Plus on your TV, Roku, computer, & more

The Apple Watch Series 7 will reportedly feature blood glucose monitoring via an optical sensor, according to ETNews.The report, which
Read more

Coming in at 5.4-inches, Apple's iPhone 12 mini is one of the smallest premium smartphones on the market, and has
Read more