Home How to Final Fantasy VII Remake: Enemy Skill materia guide
How to 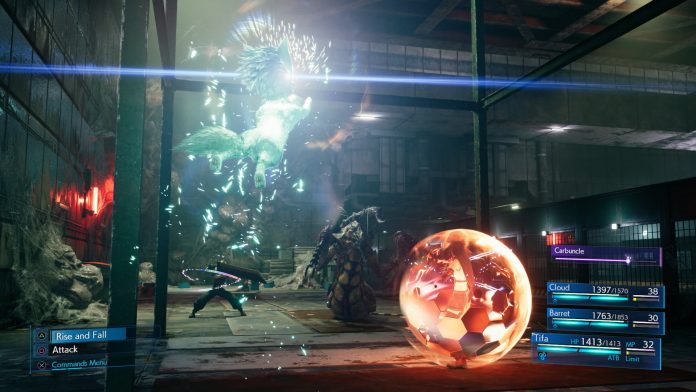 Throughout Final Fantasy VII Remake, you’ll find numerous materia that will come in handy when defeating some of the most difficult enemies. One of the best materias to find is the Enemy Skill materia. This materia will allow you to copy and mimic different enemies’ attacks, then use those attacks against other foes. Additionally, finding all of the attacks for the Enemy Skill materia will unlock the Master of Mimicry trophy.

Finding the materia itself isn’t too tricky, but finding all the skills can be. In order to earn the Master of Mimicry trophy, players will have to find every enemy that has a learnable skill and have that skill used against them. Finding the right enemies can be extremely frustrating.

Where to find the Enemy Skill materia

Materia are small orbs of energy that are created by the planet. These orbs can help players give boosts to their character’s stats, exploit an enemy’s weakness, or even summon an NPC teammate. The first step in getting the Enemy Skill materia is finding Chadley. You’ll need to complete Chadley’s Battle Intel 16: Monster Bio Part 4. This will be unlocked once you reach chapter 14. The Battle Intel 16 will require you to use the Assess materia on 30 enemy types in total. Any enemy that you have assessed up until this point will count toward the 30 enemy type goal.

The Enemy Skill materia is a command-based materia. Once it is equipped to players, using the enemy’s skill will be in the “Ability” section of the games action screen. In order to use any enemy skill, you will need to find the enemy and have the enemy use the skill on you. To get all of the enemy skills, you’ll need to complete the game once then double back around in Hard mode.

There are quite a few enemies that players will be able to find and gain skills from. The different attacks will help players ensure victory against the more difficult enemies. Here is a list of what skills you can learn, which enemy has the skill you need, and where to find the enemy.

Algid Aura is an awesome ice attack for players to learn. It generates a radius around the character that will do ice damage to any enemies nearby. This attack is great to pair with a melee fighter for additional damage, such as Cloud or Tifa, and is extremely helpful against fire-based enemies.

Algid Aura is mostly found with Cerulean Drakes. You’ll be able to find these enemies in a side quest, “Just Flew in from the Graveyard,” in chapter 3, chapter 11, or chapter 15. In order to gain this ability, you’ll have to have a Cerulean Drake hit you with the attack.

This attack will create a large area of attack that will drain HP from enemies and give it to you. This attack is definitely helpful when you need a quick health boost but don’t want to stop fighting. It’s also helpful when multiple enemies are surrounding your character.

To find this skill, you will need to find a Phandom. These enemies can be found in chapter 14’s side quest, “Missing Children,” or in chapter 16’s Shinra Combat Simulator. You’ll have to use the “vs. 3-C SOLDIER candidates” fights.

This attack is probably best used as a last resort. Self-Destruct will trigger a giant area-of-effect explosion around the user. It does a whole lot of damage but makes the user incapacitated. It’s great for dire situations where there is no other way of escape or when you’re about to die anyway.

There are actually quite a few enemies who have this skill. You can find it on a Smogger in chapter 8 or in the Sector 5 Slums of chapter 14. Varghidpolis has the skill in chapter 13 or in the side quest of chapter 14 entitled “Subterranean Menace.” Bombs have this skill as well, and they’re hiding in chapter 9’s side quest, “Dynamite Bodies,” fighting the Fat Chocobo in Chadley’s VR simulator, or in chapter 17’s Hard Mode, where the bombs are hiding in Shinra’s Combat Simulator. You’ll have to use the “Three-person Team vs. Monster Legends” to get them to show up. Additionally, Proto-Trypapolis creatures have it in Chapter 14 (in the Collapsed Expressway). HO512-OPT also has it in Chapter 16. Because there are so many enemies that actually have this skill, you should be able to find it fairly easily.

Unfortunately, finding this skill is a little harder than others. Only one enemy has it, and his name is Marlboro. And when he hits you with this attack, it will pretty much take your character out of commission, so it’s important to have another teammate on standby with the Esuna spell and a Cleanse materia. Otherwise, you’re going to be in for quite the fight.

The only place to find Marlboro is in Hard Mode of chapter 17. You’ll need to enter the “Three-Person Team vs. Monsters of Legend” fight in the Shinra Combat Simulator. But be ready for this attack; it’s not one that should be taken lightly. The Bad Breath attack will knock your player off their feet. So before entering the Shinra Combat Simulator, remember to equip the Cleanse materia, Esuna spell, and whatever items you have to cleanse the status effect of a character.