Home News Everything we know so far about the cute but creepy Bugsnax on...
News 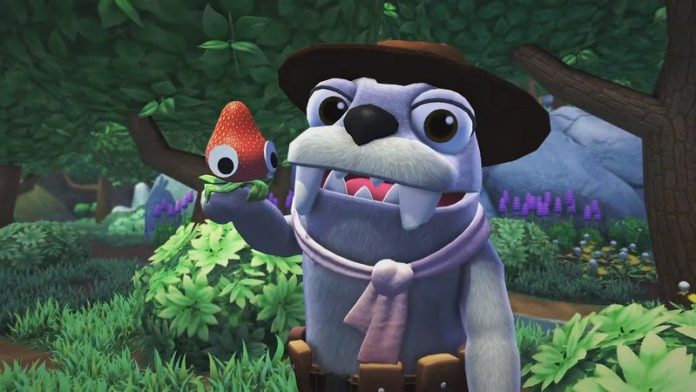 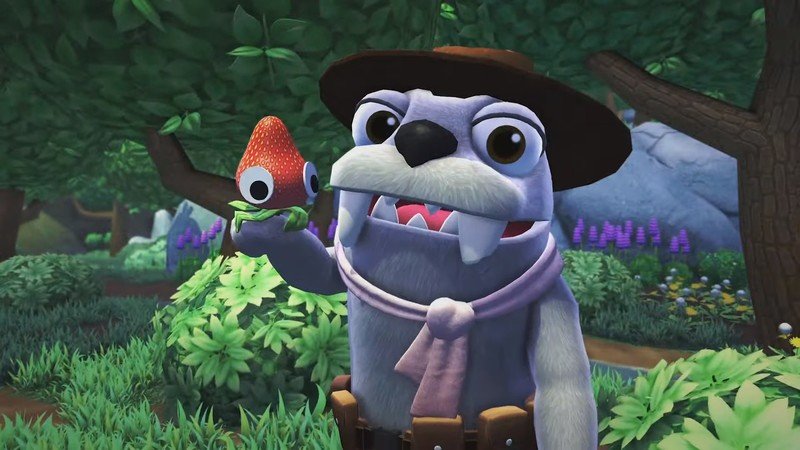 The development studio Young Horses created a classic pair of games with the Octodad series, and now it’s back to deliver more fun with the weird and wacky Bugsnax. This time, though, the fun is more bizarre than anyone could have ever imagined. Here’s everything you need to know about Bugsnax, including when it’s coming out, what the story will be about, and more.

What is the Bugsnax release date and pricing?

Bugsnax is currently set to release during the Holiday 2020 season on PlayStation 4 and PlayStation 5, as well as on PC through the Epic Games Store. For now, we’re not sure what the price will be, but hopefully we’ll know more about that as we get closer to release. 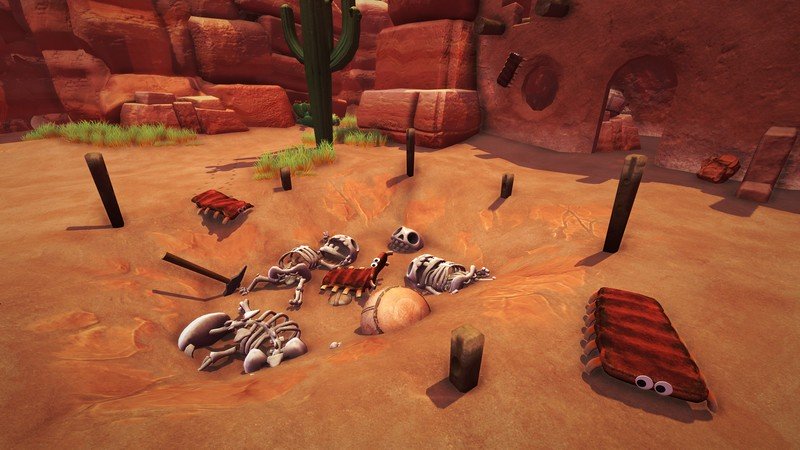 Bugsnax was revealed to the world during the PlayStation 5 event on June 11, 2020. During the show, the game’s trailer was played, which gave us a first look at Bugsnax’s strange setting where bugs have bodies made out of food, and eating them seems to turn parts of your body into food.

In terms of development, Bugsnax has been “in the oven” for quite some time. In fact, in an interview with USGamer, Young Horses President and co-founder Philip Tibitoski stated that the game has been in development for six years and that over 100 people of “different backgrounds and age groups” have all contributed to the project in one way or another. Tibitoski also revealed that Bugsnax is a game born out of Young Horses’ desire to try something new after the success of Octodad.

It’s also important to note that accessibility has been a priority for Young Horses, according to Tibitoski’s comments. This is great news, as Bugsnax being more accessible will hopefully allow it to be a game everyone can enjoy (and be freaked out by).

What is the story and setting? 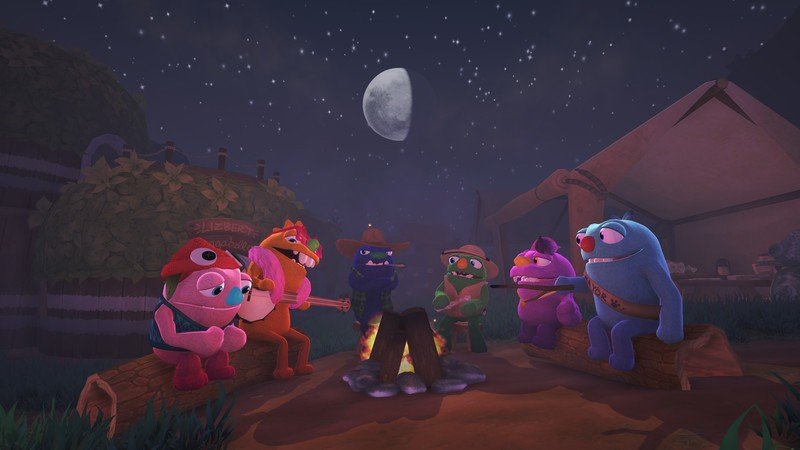 According to Tibitoski, Bugsnax’s story is all about exploring a bizarre island named Snaktooth Island. You play as a journalist invited to the island by an explorer named Elizabert Megafig (the character in the trailer) who wants you to come to the island and document her discoveries of all of the bugsnax. However, when you get there, Elizabert is gone and all of her followers and crew are stranded across the island. You then spend the rest of the game looking for Elizabert while also studying the wacky bugs and figuring out how eating them changes your body.

Nobody suspects a thing

In terms of the tone, it looks like it’ll be enjoyable for all ages. However, there will also be some jokes meant for adults that will go right over the heads of young children, so more mature audiences will be able to appreciate Bugsnax’s writing as well. The spooky ending of the trailer as well as the above tweet suggests that parts of the game may also take a creepy turn at points, but we’ll ultimately just have to wait and see. 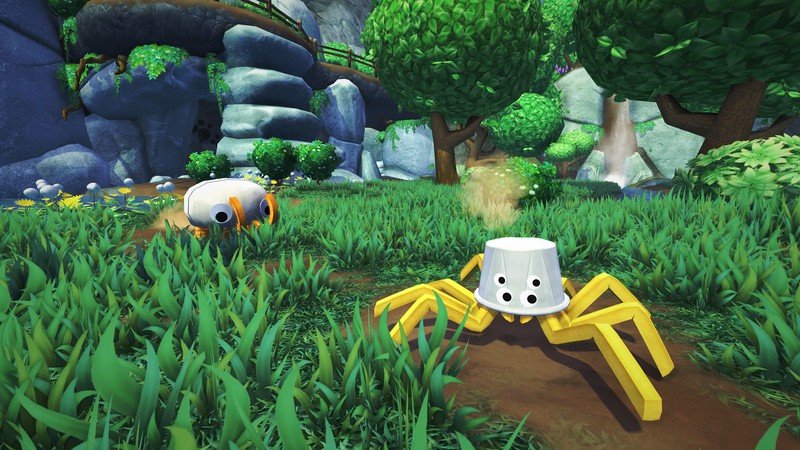 We don’t know much about the gameplay of Bugsnax aside from the fact that it will be a first-person adventure game and that players will need to observe, catch, and eat different kinds of bugsnax in order to progress. Some listed inspirations for Bugsnax include Viva Piñata, Ape Escape, Pokémon Snap, and Dark Cloud, so players can expect ideas and/or elements from those games to make their way into Bugsnax in some capacity.

It has been confirmed, however, by Tibitoski that Bugsnax will make use of the PS5 controller’s haptic feedback systems. “Running around in the environment and feeling the different types of terrain under your feet while sprinting is really cool and weird,” he said. “Past vibration in games has felt good, it’s a nice addition, but it’s never been essential, I guess. Now, it feels like it makes a big difference in the game, whether it’s running through a stream of water or, when trying to catch a Bugsnak, it being in your trap and finding ‘oh, is it trying to escape?’ You can feel how intense it is and how close it is to escaping.”

It will be interesting to see how much this rumble feature will add to the feel of Bugsnax’s controls. 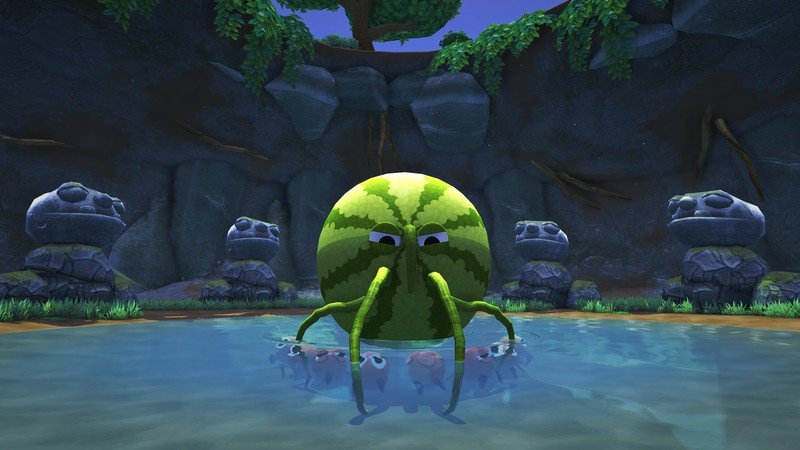 Bugsnax features a cartoony and stylized aesthetic that emphasizes the cute, weird, and silly nature of its world. Based on what has been shown so far, the game seems to be going for a colorful and vibrant look. However, the end of the trailer suggests that the style of the game may turn a little unnerving and creepy during the nighttime, too.

Not much is known about the game’s soundtrack, but the theme song for the game that was used in the trailer was performed by the artist Kero Kero Bonito. The developers at Young Horses are big fans of Kero Kero Bonito, according to Tibitoski, so there may be more of their work in the full game.

What do you think of Bugsnax? Are you excited to see how this wacky game turns out, or is it a little too bizarre for your…tastes? Let me know.

Bugsnax is expected to release in Holiday 2020 on PlayStation 4, PlayStation 5, and on PC through the Epic Games Store.