Home News Everyone in my family now looks forward to game night thanks to...
News 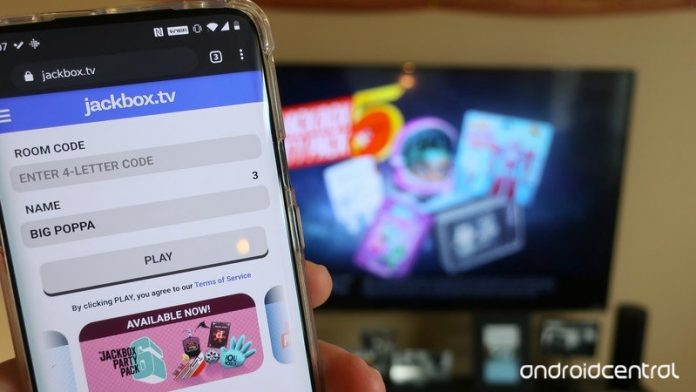 Lean into your family’s smartphone addiction to bring everyone together. 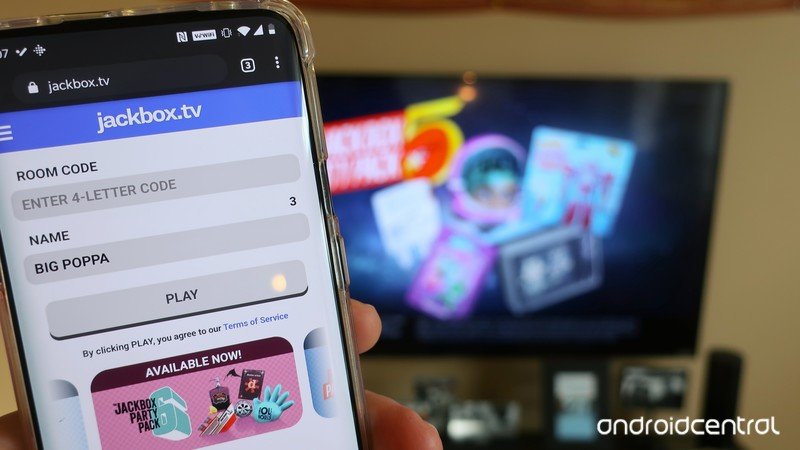 If the past few months of social distancing and quarantine have taught this introvert anything, it’s that I really miss get-togethers with friends and family. Even silly things like Friday night trivia at a local bar or playing Cards Against Humanity with friends in the neighborhood sound like extravagant getaways to me right now.

My family has been pretty good about making time for fun when we can during this gloomy period, and we’ve even cracked open the occasional old board game like Monopoly or Sorry a few times. Still, as classic as those games are, they’ve just become tired. Since we’ve all been cooped up working from home or preparing for final exams, we just want something fun, fresh, and not overly mentally taxing to entertain us. Thankfully, we’ve discovered the Jackbox series of family-friendly video games. These games have not only brought us closer together during our downtime, but they’ve taken a potential vice in the overuse of our smartphones and turned that into a positive way for us to interact with each other and spend time together. 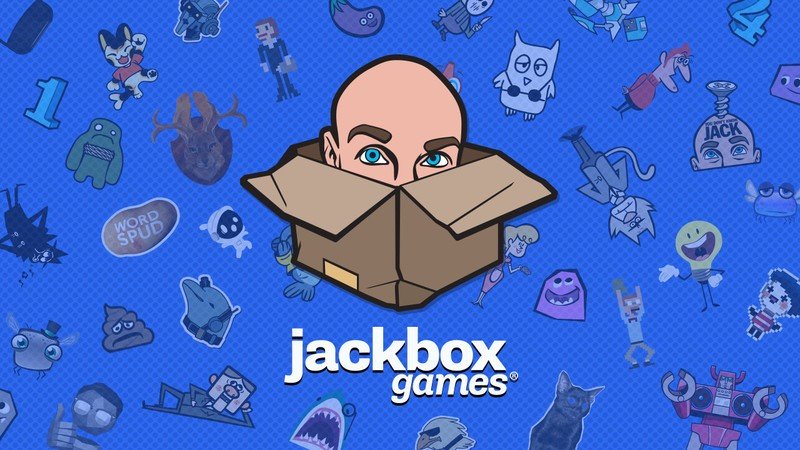 Jackbox is a game studio based in Chicago, Illinois, that has actually been around for 25 years! You may recognize some of their video games such as Fibbage or You Don’t Know Jack, but the company’s portfolio has become quite extensive over the past few years. I came to the games rather recently thanks to a few invitations from colleagues at Android Central, and I then quickly hooked my family in on the fun!

Jackbox offers six different “party packs” or collections of video games that family and friends can play together or remotely. Each party pack consists of five unique activities, ranging from trivia to drawing games, to song and invention competitions. In most cases, players are presented with prompts and explanations to help gameplay go more smoothly, and none of the games require previous experience or background knowledge. In fact, the more clueless you are, or the less talent you have, the more fun the games tend to be!

In addition to the six party pack collections, there are 30 or so standalone games available for purchase, such as Drawful 2, Quiplash, and Fibbage. These are typically priced lower than the party packs, so they’re a good way to dip your toes in the water to see if you’d like to try other Jackbox games. That being said, I’ve buckled down and purchased three party packs (numbers 3, 5, and 6) so far, and I’m glad I went with the combos. Many of the standalone options are bundled in one or more of the party packs, and with the bundles, I was able to experience fun new games that I never would’ve discovered otherwise.

My family likes to choose themes for our player names based on our favorite TV shows like Friends or Scrubs.

The way it works is as follows. A game host (generally the person who bought the game or pack) opens the app on their device (Playstation, Fire TV, etc.), and ideally has a group of family or friends around them to play. You can also stream game sessions over Twitch and other streaming platforms if you are socially distancing or are geographically spread out. Next, participants go to jackbox.tv from a web browser on their device (no apps required), and enter the unique code for that game session, along with a name. You can use any name — in fact. My family often likes to do themes where we each pick a character from a favorite TV show like Friends or Scrubs. Once all the players have signed in, the game begins. Most games can accommodate 3 to 12 or so players but still allow for additional participants to log in as “viewers” who are then able to vote on answers where applicable. The fact that each participant can use their own device that they already have in their hot little hands without a special app is what makes these games so open and accessible to anyone who wants to play.

Where can you find Jackbox games?

If you are reading this article, then chances are you have a device capable of playing Jackbox games on. As I mentioned earlier, Jackbox is free for participants to join and play (provided you were invited, of course), and this can be done on pretty much any personal, internet-connected device, including phones and tablets running Android and iOS, Windows and Linux PCs, Macs, and Chromebooks.

I purchased my Jackbox Party Packs directly through the Amazon Appstore on my Fire TV Stick 4K, but Jackbox games are available for purchase from several other platforms as well, including Steam, Playstation, Xbox, Nintendo Switch, Android TV, and more.

The one thing I’d caution before you start downloading a bunch of these party packs is that they do take up significant resources on your streaming device. In the case of my Fire TV Stick 4K, I only have enough storage on the device to load one Jackbox Party Pack at a time. If ever my family wants to switch from Party Pack 3 to Party Pack 6, for example, we have to go into the Fire TV settings and remove the first pack from the device before redownloading the second and its media files and resources. Not a huge deal, but something to keep in mind, especially if you want to switch between multiple packs in a short period of time.

Which do I recommend? 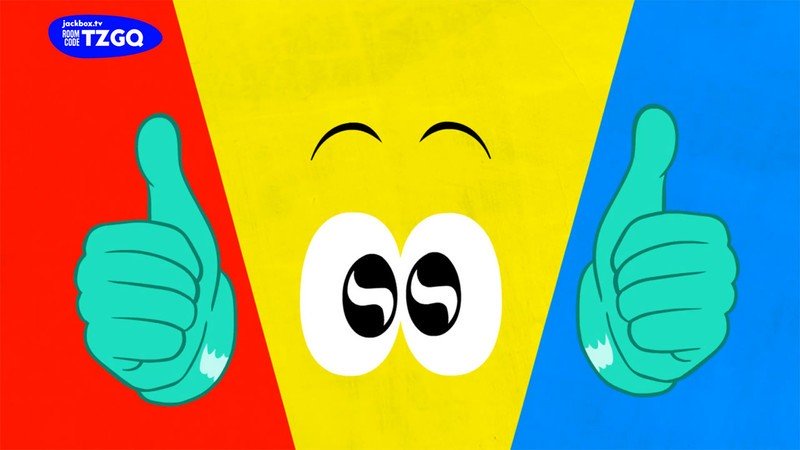 Jackbox makes so many good games and does such a good job of balancing each party pack with different styles and titles that I can honestly say that you should be happy with whichever pack you pick. Right now, I’m torn between Party Pack 5 and Party Pack 6.

Rap-battling robots, Shark Tank-style inventions, and goofy quizzes bring out even the most introverted among friends and family.

From Party Pack 5, I love Mad Verse City, which is a game where you get to help create silly raps that are performed by Transformer-like robots, as well as Patently Stupid, which is a Shark Tank-style game made all the funnier by my family’s inability to sketch our inventions worth a lick.

I also am really addicted to Party Pack 6, because Joke Boat’s ridiculous stand-up speaks to me, while Role Models is hands-down my family’s favorite Buzzfeed-style quiz game. Aside from these gems, I always enjoy a good round of You Don’t Know Jack, as well as any version of Quiplash or Trivia Murder Party.

Family game night is back! 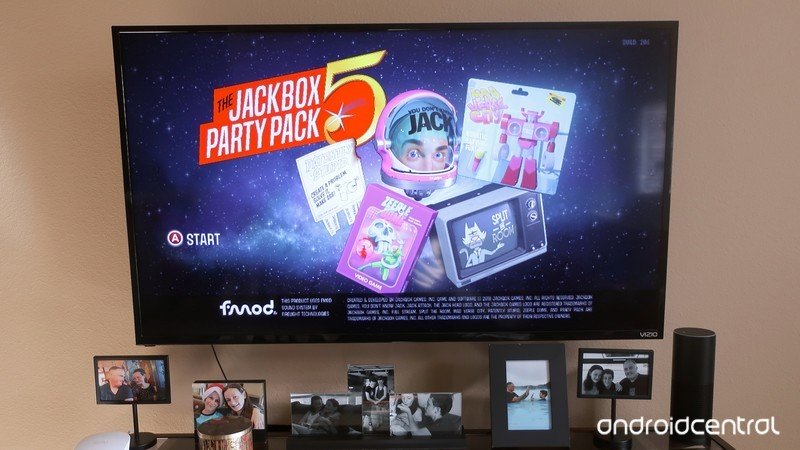 I’m fortunate that, for the most part, my teenage kids still enjoy spending time with my wife and me (or at least they do a good job pretending they do), and I love that we still are able to do things together as a family. While the classic board games always bring us together, I’m so grateful to my Android Central friends for introducing us to the Jackbox family of games.

There has been at least one, and usually, three or four, great games that each of us has enjoyed in the party packs we’ve purchased, and every game session eventually devolves into hours of giggling and conversation. It’s hard to get families together these days, both in terms of physical proximity, but also in terms of social and emotional connections. I’m trying to cherish this forced quarantine time that has brought my teenagers ever closer to each other and me and my wife, and activities like Jackbox game nights are helping to make those moments even more enjoyable. Long live family game night! 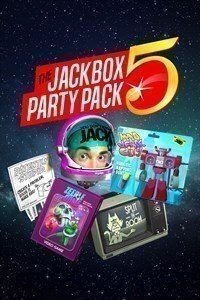 The 5th edition of the Jackbox Party Pack brings some creative games, such as Mad Verse City, Split the Room, and Patently Stupid. This one’s a little bit of a diversion from traditional Jackbox games, but it’s a heck of a lot of fun! 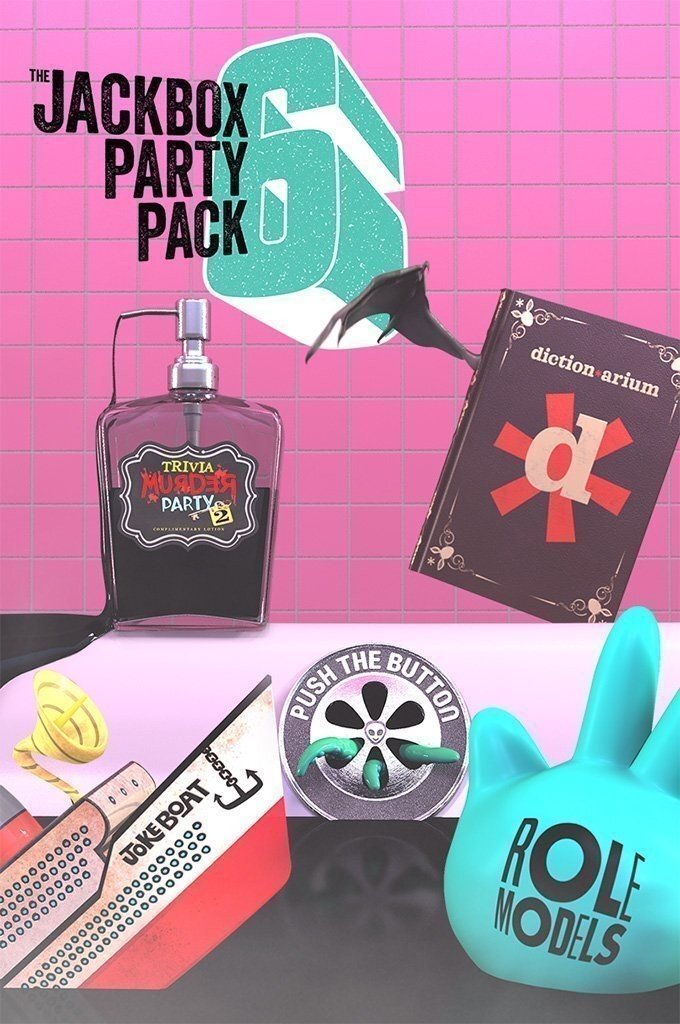 Party Pack 6 brings an updated fan favorite in Trivia Murder Party, along with two of my family’s favorites, including Joke Boat and Role Models. We also get a big kick out of Dictionarium too!

Facebook
Twitter
Pinterest
WhatsApp
Previous articleGoogle Camera 7.4 brings 8x zoom support for videos on the Pixel 4 series
Next articleAdd the Arlo Q security camera to your home while it’s on sale for $90

Meet the two cheapest Moto phones of 2020.What you need to knowMotorola has just announced the Moto G Fast and
Read more
News

Meet the two cheapest Moto phones of 2020.What you need to knowMotorola has just announced the Moto G Fast and
Read more

How to set up Samsung Health on your Galaxy phone

Samsung Health is the fitness tracking app pre-installed on your Galaxy phone, and all things considered, it's pretty great! Whether
Read more

Lean into your family's smartphone addiction to bring everyone together.If the past few months of social distancing and quarantine have
Read more