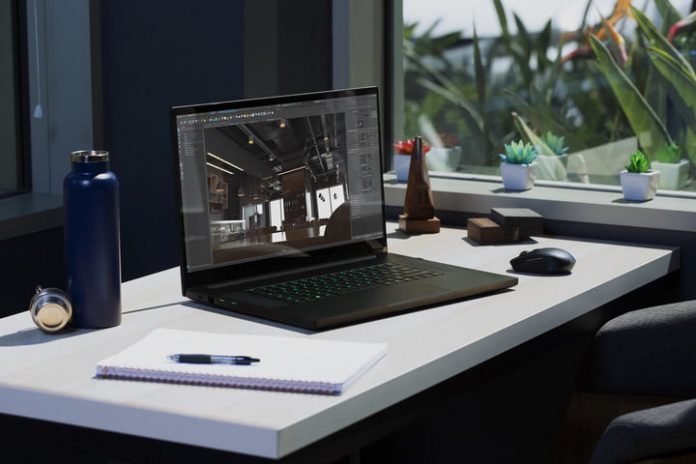 The new Razer Blade Pro 17 for 2020 is an iterative update that brings more cores and an even faster display to give gamers bigger wins. Overall, it’s a nice update that retains Razer’s minimalist CNC-machined aluminum design from the prior generation while adding newer, faster silicon, along with some useful tweaks to take your gaming to the next level.

On the surface, the biggest update this year is the screen. While the 2019’s display was already fast with a 240Hz refresh rate, the 2020 model bumps this up to 300Hz, making the Razer Blade Pro 17 competitive with some of the best gaming notebooks this year. While the 17-inch screen may sound large, Razer is largely positioning this laptop as a desktop replacement. Thanks to slim bezels, when compared to its 15-inch sibling in Razer’s lineup, the Blade Pro 17 is less than an inch taller and 1.52-inch wider.

If you’re looking at the Razer Blade Pro 17 more as a mobile workstation for content creation rather than gaming, you can also opt for a slightly slower 120Hz refresh rate with an improved 4K resolution and support for 100% of the AdobeRGB color spectrum.

Given its large size and the Pro in its moniker, creatives and gamers alike will appreciate the assortment of ports on this notebook, including USB-C charging, Thunderbolt 3, HDMI, proprietary charging port, Ethernet jack, and USB-A ports.

Unless you’re an e-sports gamer who require the fastest screen on the market, the most significant upgrades for most gamers will arrive under the hood. This year’s model comes with the latest silicon from Intel and Nvidia. Intel’s 10th-gen Core i7-10875H processors with eight cores — up from six cores last year — come standard on all configurations of the Blade Pro 17, and enthusiasts will likely want a configuration that tops out with Nvidia GeForce RTX 2080 Super graphics with Max-Q design.

For immersive gaming, the Blade Pro 17 ships with stereo speakers with Smart Amp technology and Dolby Atmos tuning. The keyboard has been slightly tweaked this year. Thanks to community feedback, Razer decided to make the “Shift” key on the right-hand side slightly longer while opting for halved navigation keys. Despite these subtle changes, each individual keys on the Chroma keyboard has customizable backlighting.