Home How to How to watch The Dark Knight online: stream the movie for free
How to

How to watch The Dark Knight online: stream the movie for free 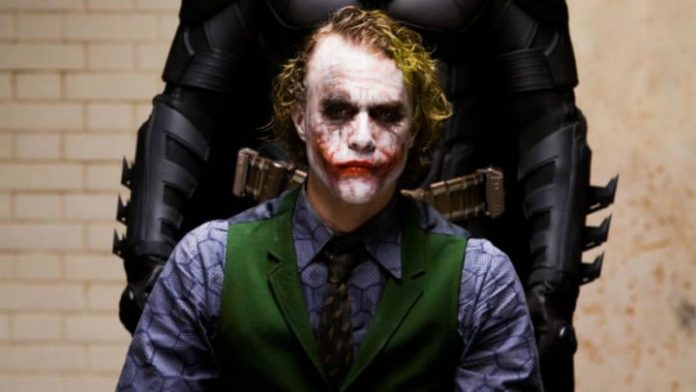 While last year Joaquin Phoenix’s performance as the Clown Prince of Crime gave Heath Ledger’s Oscar-winning turn a run for its money in terms of the best Joker in film history, many still cling to Ledger as their clear choice. Both actors won Academy Awards for their powerhouse portrayals (Ledger posthumously; and some also believe Jack Nicholson was robbed for his interpretation in 1989), but it’s the supporting turn by Ledger that helps makes The Dark Knight so popular. And soaking in that performance is just one of the many reasons to seek out watching The Dark Knight online.

Even if The Joker always steals the show, attention must also be paid to Christian Bale’s gruff-talking Batman and of course to director Christopher Nolan, who managed to inject a stark new vision into often-tread material. The Dark Knight was Nolan’s second foray into Batman territory, the middle entry of a trilogy that started with Batman Begins in 2005 and concluded with The Dark Knight Rises in 2012. The Dark Knight topped the 2008 box-office charts, and of the three films, it was the most loved among critics. And though fans keep hope alive, there are no plans for a continuation, so repeat viewings will have to suffice for now.

How To Watch The Dark Knight Online In The U.S.

As far as free streaming options go, the best and certainly least complicated place to watch The Dark Knight (as well as the two other films in the Dark Knight trilogy) online now is through Hulu, which offers a one-month free trial to test out their basic services, with or without ads, to those who have never signed up previously. If viewers choose not to cancel after that first month, regular rates go into effect: Either $6 per month (ads) or $12 per month (no ads).

Another option to watch The Dark Knight online is via DirecTV. The differentiation between DirecTV and its streaming branch now known as AT&T Now has been quite difficult to follow during its transition over to AT&T, which bought the service last summer. But it appears that those who are DirecTV subscribers can watch The Dark Knight for free with the service’s Record to TV option. DirecTV, which can cost anywhere from $40 to $155 monthly, presently has no free trial periods on offer, while the AT&T Now on-demand service, where The Dark Knight does not factor into their streaming selection, allows for one free week.

The Dark Knight can also be rented or purchased through DirecTV, in addition to a plethora of other sites, including Amazon Prime Video, iTunes, Vudu, and Google Play Movies.

LG Wing review: This novelty can’t quite get off the ground

The LG Wing has an amazing swivel screen, but it's just not that useful on an everyday basis.
Read more

Xiaomi is now rolling out the MIUI 12 stable update to a lot of phones.MIUI 12 is now official, with
Read more

Eero will be offering its tailored solution to ISP at "attractive price points."What you need to knowAmazon's Eero has introduced
Read more

The beta is currently available only for the Galaxy S20, S20+, and S20 Ultra phones.What you need to knowThe first
Read more