Home How to Darlington Toyota 500: How to watch tonight's Nascar race live
How to 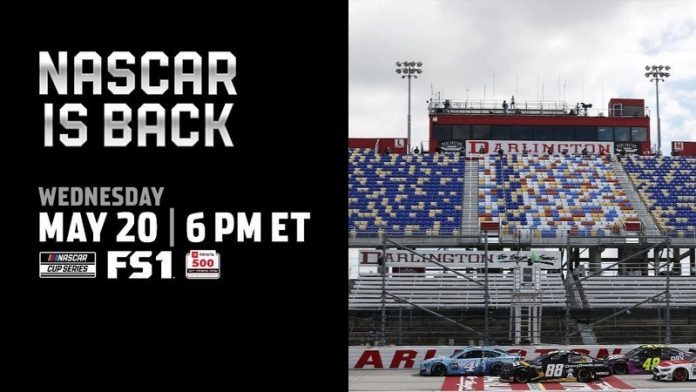 After having its season put on hold due to everything going on, Nascar is finally back (kinda). Tonight the cars will burn rubber around the track at Darlington Raceaway in the Toyota 500 without fans. The event is streaming on FS1, and whether you have cable or not you can easily tune in and watch it.

This race comes just three days after the “Real Heros 400” that took place this past weekend at Darlington Raceway in South Carolina. Tonight’s race actually uses the finishing lineup from The Real Heros 400, but it inverts the lineup for the Top 20, and the bottom 20 will start in their finishing positions. 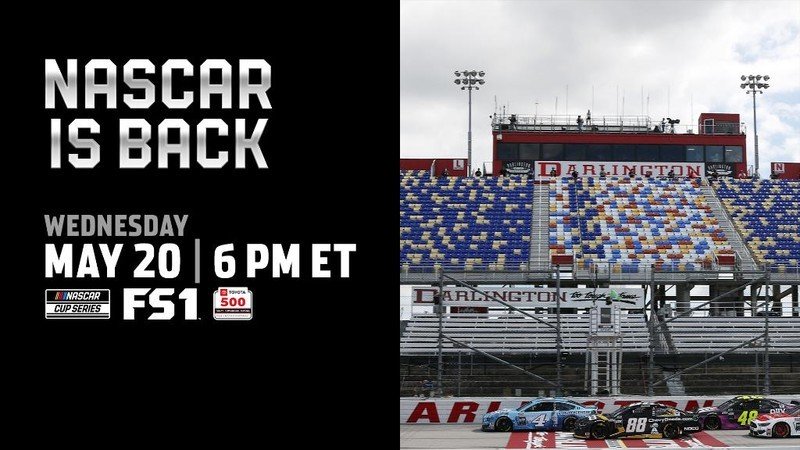 What that means is that Ryan Preece will start in the number 1 spot for the night and Ty Dillon will take the second spot.

The Toyota 500 takes place tonight, Wednesday May 20 live at the Darlington Raceway in South Carolina. The pre-race coverage starts at 5 p.m. Easter, and the actual race begins just an hour later.

If you’re trying to watch this year’s Toyota 500 from the U.S., UK or Canada, we have details on all of the official broadcasters down below. However, if you happen to be aboard this weekend and want to watch the entire race live, then you might be disappointed to find that your domestic coverage is geo-blocked when you try to stream online. That’s where utilizing a VPN (Virtual Private Network) can really help. It allows you to virtually change the ISP of your laptop, tablet or smartphone to one that’s back in your home country so that you can watch as if you were back there.

VPN’s are incredibly easy to use and have the added benefit of providing you with an additional layer of security when surfing the web. There are lots of options to choose from but we recommend ExpressVPN as our #1 pick due to its speed, security and ease of use. The service can also be used on a wide variety of devices and operating systems (e.g. iOS, Android, Smart TVs, Fire TV Stick, Roku, Xbox, PS4, etc).

Sign up for ExpressVPN now and enjoy a 49% discount and 3 months FREE with an annual subscription. You can even test it out for yourself thanks to the service’s 30-day money back guarantee. Looking for other options? Here are some VPNs that are on sale right now.

Don’t miss any laps of the Toyota 500 because you can’t find a livestream of the event. Be prepared and sign up for a VPN now to be able to watch from anywhere.

How to watch the Darlington Toyota 500 in the U.S.

NASCAR fans in the U.S. will be able to watch the Toyota 500 live from Darlington Raceway via Hulu. The race airs on FS1, and is available as part of any Hulu plan, not only for those with Live TV. That’s right, even if you have the $5.99 a month plan you’ll be able to tune in and watch the cars go round and see who comes out in first place.

Hulu with Live TV is the best bet

Hulu gives you access to tons of previously-aired content, as well as Hulu’s own library of on-demand TV shows and movies for $5.99 per month. 50 hours of cloud DVR space means you can record all of your favorites (including the race) and Hulu works with Roku, Apple TV, Amazon Fire TV, Chromecast, Xbox One as well as iOS and Android.

Hulu’s Live TV package can be used to watch much more than just the Nascar event tonight.

Facebook
Twitter
Pinterest
WhatsApp
Previous articleThese are the best Chromebooks to buy for you and your family
Next articleThe Simpsons is finally coming to Disney+ in its original 4:3 aspect ratio