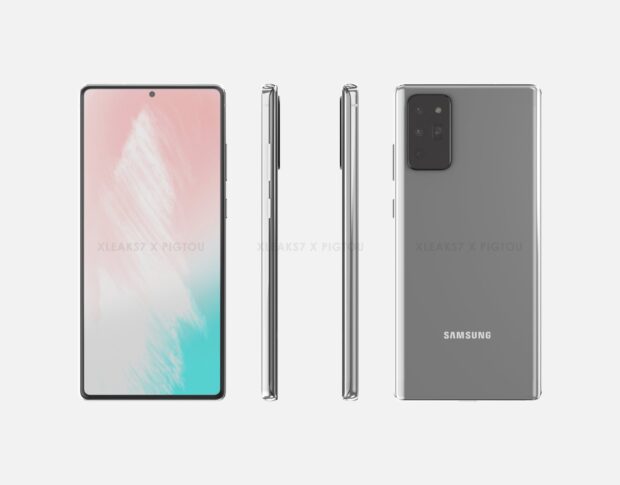 It looks like the first CAD render of the upcoming Samsung Galaxy Note 20 has been released. It is one of the first images of Samsung’s new phablet. And it immediately becomes clear that the Note 20 design borrows elements from both the Galaxy S20 and S20 Ultra.

It will be a few months before the Samsung Galaxy Note 20 is expected. Usually Samsung announces it somewhere around the IFA trade show in September. But because of the coronavirus outbreak, that launch date is far from certain. The now published drawings show some distinct changes compared to the existing Note 10.

Is this the upcoming Galaxy Note 20?

For example the new location of the S Pen. It’s shifted from the lower right corner all the way to the left corner. Possibly this is because Samsung has moved all buttons to the right side or maybe some other components inside have been moved making the new placement necessary. If we turn the Note 20 around, we see a rectangular camera island that strongly resembles that of the S20 Ultra. Not only that, possibly the next Note will also get a 108MP camera. However, this will not be the same Space Zoom camera as on the Ultra. That one appeared to have some focus problems and was also poorly received by the writing press. Especially because it was more of a marketing stunt than functional. 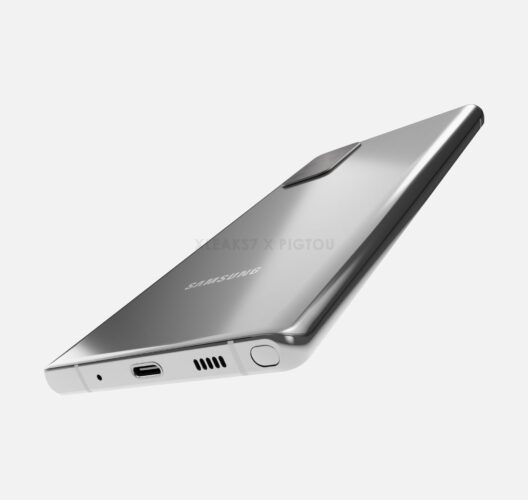 Although the images seem to be of high quality, it is advisable to take this whole report with a grain of salt. As this is from an as yet unknown source. It is therefore wise to wait for other leaks before drawing conclusions. That sure won’t take long, because the source thinks that a launch will take place around August. Two versions with different formats would then be announced. Let’s see and wait what happens.

Facebook
Twitter
Pinterest
WhatsApp
Previous article“Starting from iPhone 12 no more EarPods in the box”
Next articleAre the Fitbit Charge 4 features worth the upgrade from the Charge 2?
- Advertisment -