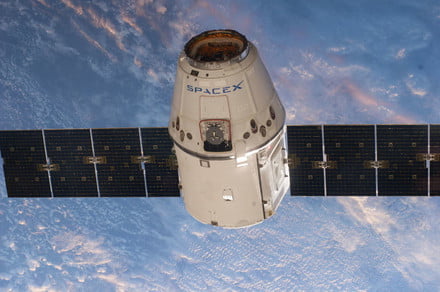 SpaceX will now make final preparations for the debut crewed launch of its next-generation spacecraft, the Crew Dragon (or Dragon 2), which is expected to take astronauts to the ISS in May 2020.

The Dragon CRS-20 spacecraft disconnected from the space station’s robotic arm shortly after 9 a.m. ET on Tuesday, with the splashdown in the Pacific Ocean just off the California coast coming around six hours later.

The Dragon capsule brought with it 4,000 pounds of scientific equipment and other cargo such as experiments that will now be analyzed by scientists on Earth. The consignment included the BioNutrients experiment aimed at on-demand production of nutrients needed during long-duration space missions on the moon and to Mars. Although designed primarily for space travel, the system could also help provide nutrition for people in remote areas on Earth, NASA said.

This was the third and final outing for the Dragon CRS-20, and the 20th overall cargo supply mission for the Dragon since the first-iteration of the capsule made its debut in 2012.

From hereon in, the Crew Dragon will take center stage, transporting both cargo and crew to and from the ISS. The spacecraft has been thoroughly tested in recent years, overcoming various challenges along the way. In 2019, the capsule performed a successful crewless test run, docking with the space station before returning to Earth.

The successor to the cargo-carrying Dragon capsule can carry up to seven crew members, and, like the Dragon, reaches space via a Falcon 9 rocket launch.

SpaceX’s much-anticipated crewed mission is expected to take place as early as next month. The endeavor will be mark the end of U.S. reliance on Russia’s Soyuz program, with NASA sending astronauts into space from American soil for the first time since the Space Shuttle program ended in 2011.

Boeing is developing a similar spacecraft to transport astronauts to and from the space station, but a failed test flight at the end of last year demonstrated that the Starliner requires more testing.