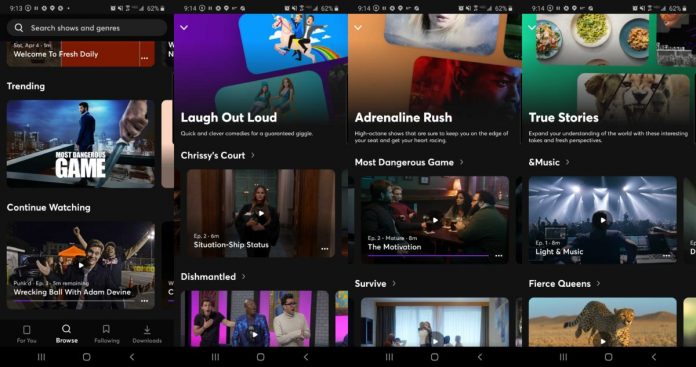 The marketing push for Quibi really began in earnest at CES 2020. The founders of the streaming service were concentrating on how its mobile-only original content would be perfect for people on the go with their smartphones. They also touted its technology, which allows Quibi shows to be viewed in either landscape or portrait mode, and that moving from one to the other would be handled seamlessly. Now that the service has arrived in the US, Canada, and (unofficially) other countries, does it fulfill its promises? Find out in our Quibi review.

In short, Quibi is a new streaming service that is aiming to appeal to the growing audience of media consumers that only watch TV shows on their smartphones and tablets. It will offer a mix of original scripted and non-scripted series, plus daily shows as well. It’s sort of like a YouTube/Netflix cross. For more details, check out our detailed guide explaining Quibi. 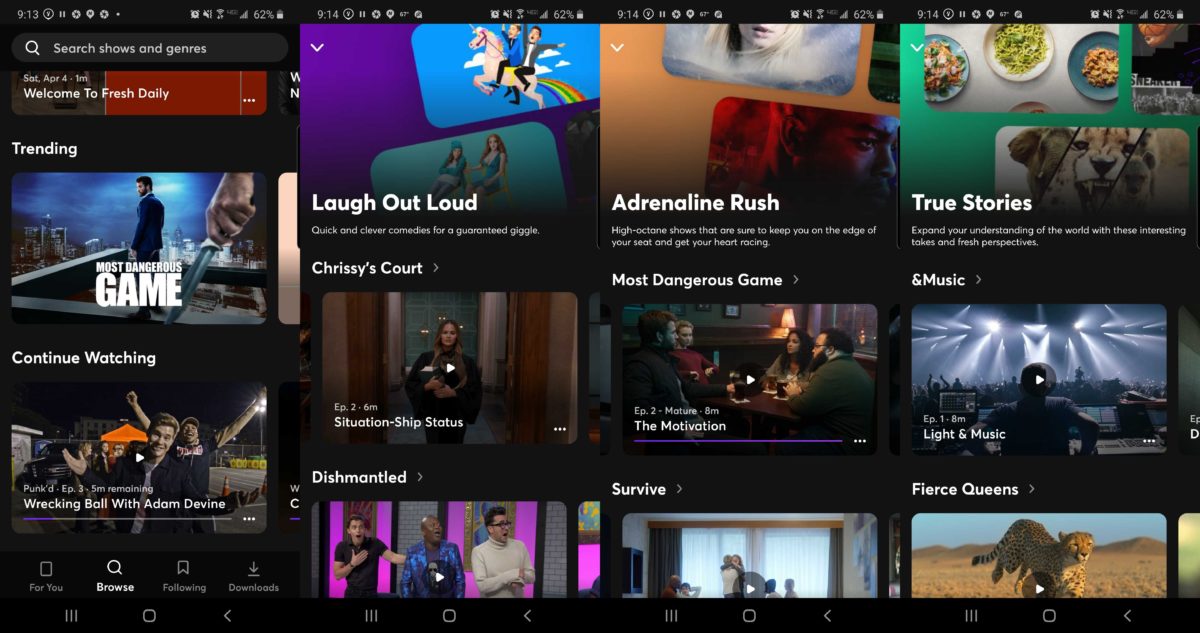 Quibi is only available via Android or iOS devices. That’s right, you can’t officially view Quibi content on your PC, or on any smart TVs, streaming sticks, or set-top boxes. The one exception is on a Chromebook. You can download the Android app from the Google Play Store on supported Chromebooks to watch content, though the videos are only viewable in portrait mode (more on that later). 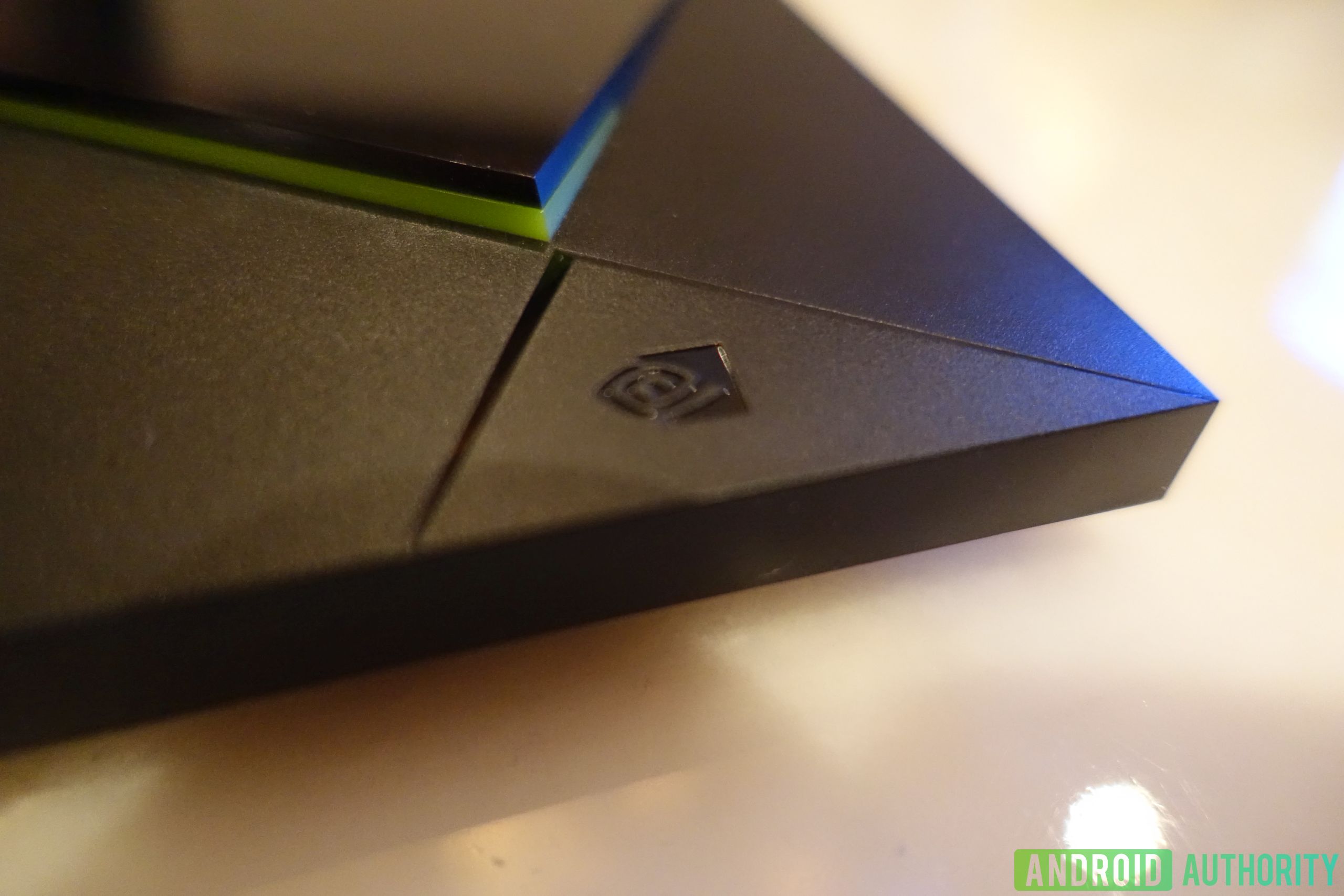 The best media streaming devices you can buy

There’s no doubt about it. Lots of TV fans are ditching their old-fashioned cable and satellite connections. Instead, they are using their home internet network to stream TV shows and movies to their big-screen televisions. …

This focus on the mobile market should have been good for the service’s app design and UI. Instead, we found the design a bit too hard to follow at times. The app shows you featured content first, and you swipe to see more. Tapping on the Browse section on the bottom actually opens up the app to let you see more content at a glance.

Quibi has “categories” for shows, but they are given labels like “Adrenaline Rush” or “Laugh Out Loud.” It would be much more helpful if the app had a section that simply lists all of the shows in alphabetical order, or in more straightforward categories. As it is, the UI makes you hunt around for the shows you may want to watch.

Once you do find the shows you want to watch regularly, you can tap on the Following icon so you can quickly get a list of your favorites. You can set up notifications for when new episodes go live (which is supposed to happen every weekday for most shows) and you can even share URL links with others, even if they don’t have the Quibi app installed (they will be directed to do so when they click on the link).

Overall, the UI of the app itself was the weakest part of our Quibi review experience. It’s hard to navigate and find shows, and a simpler way to list and categorize the content would have been much better.

The cool thing about the Quibi app is what the company is calling “Turnstyle.” Basically, the app lets you watch any of its shows in either landscape mode or in portrait mode. Furthermore, you can switch between the two viewing modes on the fly. The app is actually getting two streams of the show at once, one for each version.

Turnstyle tech is the big selling point for Quibi.

It works pretty well and it definitely affects some of the storytelling of the Quibi scripted shows. In landscape mode, it focuses largely on closeups of characters, but in landscape mode, that view can shift to a wide shot that shows more of the character’s setting. The video progress bar can also be adjusted if you are holding the phone in portrait mode. It can run vertically to the right of the screen if you hold it in your right hand. However, you can go into the app’s settings and switch on the Left-handed Mode. Then when you hold the phone with the app running, it will switch the progress bar to the left-hand side.

Aside from the short episodes, the Turnstyle tech is the big selling point for Quibi. People can watch episodes in just one hand while on the go, or in landscape mode when they want to use two hands for a more traditional experience.

The app streams at up to 1080p resolution, although you can cut that down for users who might have limited data plans. You can also download episodes in standard or high definition mode. Unfortunately, you can only watch videos on one device at a time on one Quibi account, so there’s not going to be any account sharing.

Read more: The best streaming services of 2020 — Netflix, Disney Plus, and more 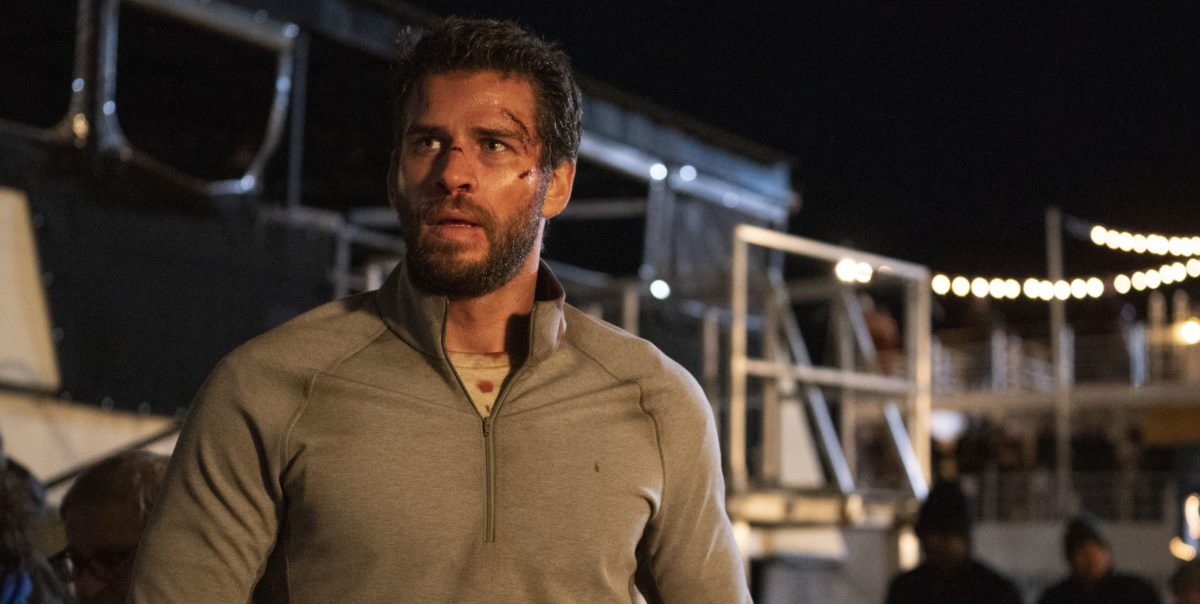 Unlike Apple TV Plus, which launched in November with just a few shows and movies, Quibi is starting up today with over 50 scripted, unscripted and daily news shows to stream, with many more to come in the weeks ahead. We haven’t had time to watch all of the shows on the service in our brief preview time period, but here are some of the highlights:

One thing that we didn’t know about Quibi before getting our preview version is that there’s a section in the app called “Branded Content.” It shows episodes in the Quibi format, but they are basically extended commercials for companies like Walmart, Sony Pictures and SK-II. In other words, avoid it.

Quibi review: Should you get it? 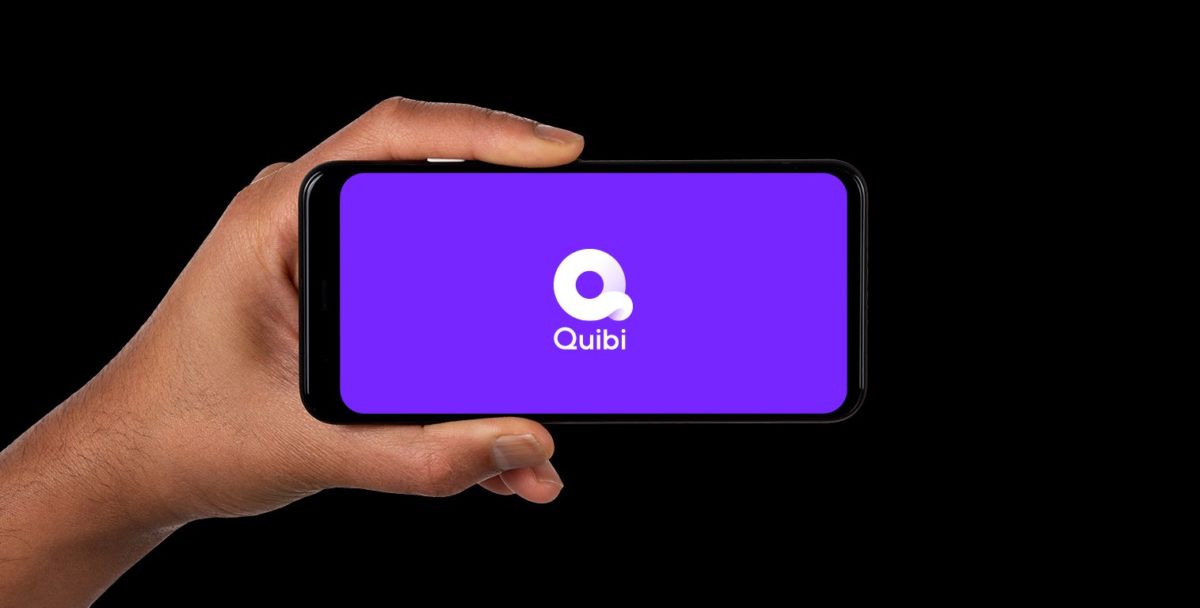 Since Quibi is launching with an offer for anyone to get three months of the ad-supported service for free, there’s really no reason not to try it out for yourself.

Read more: How to get Quibi for free

Again, we wish the app was easier to navigate, but the Turnstyle technology works very well. Some of the shows we have previewed are solid, but nothing screams to us as a “must watch” like Netflix Originals such as Stranger Things, or even a Tiger King.

The idea of episodes that last 10 minutes or less could lead to some interesting experiments in storytelling. We have seen some of that already in shows like Flipped, which actually makes you switch from landscape to portrait mode as the two flippers film their audition tape on their phone. In Most Dangerous Game, the first episode sets up the main premise, but the second episode actually goes back in time to find out why Liam Hemsworth’s character became so desperate.

While we get the reasons why Quibi is launching as a mobile-only service, we do think it’s a shame that there are no smart TV options as well. This definitely would have been helpful in this current coronavirus outbreak, where more people are staying at home and streaming more content on their Roku, Amazon Fire TV, or Android TV stick or smart TVs.

In the end, our Quibi review verdict is, “Sure, why not?” It’s free for three months. In return, you are getting some new content to binge, and some of it is very watchable. More shows are on the way (we personally can’t wait for the Reno 911 revival). After three months, it will be up to Quibi’s quality of content to see if it’s worth paying $4.99 a month (with ads) or $7.99 a month (without ads). If it had launched without this 90-day free trial offer, we would most likely tell you to pass. However, there’s plenty of time for Quibi to get better.

Get Quibi for iOS
Get Quibi for Android
Looking for other great streaming services to watch? Check out some of our favorites: