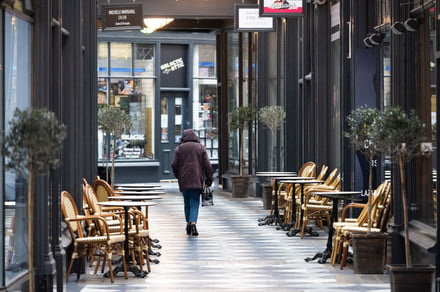 The U.S. government is using cellphone location data to track the movements of people during the outbreak of coronavirus, officially called COVID-19, according to a report by the Wall Street Journal.

Using data from the mobile advertising industry, government officials including those at the federal and state level, as well as those at the Centers for Disease Control and Prevention, have been tracking the public’s movements to better understand how coronavirus is spread. One person involved said that there was a plan to create a portal through which officials could easily track location data for up to 500 U.S. cities, which could be used to check whether people are complying with shelter-in-place orders and staying at home.

The data collected does not include any individually identifying information, such as the name of the person or their phone number. Still, there are privacy concerns about whether the government should have access to so much data revealing the exact movements of people within its borders. Some privacy advocates have argued that even if the data is anonymized, it could be used in combination with other data to identify individuals. And while using the data for the purpose of containing a deadly virus is something most people would support, there’s no way of knowing if government officials will continue to use this data for other purposes once the outbreak is more contained.

On the other hand, the data could be invaluable in slowing the spread of coronavirus by showing areas where large numbers of people are still congregating, such as parks or other public spaces. As an example, the data was used to show that large numbers of people in New York were congregating in Prospect Park in Brooklyn; information which was handed over to the local authorities.

Another approach to this issue is to get people to volunteer their location information to coronavirus researchers. This is the approach taken by the developers of Private Kit: Safe Paths, an open-source tracking app that records your location information to track where infected patients might have come into contact with others. The developers of this app emphasized the need for privacy considerations to be seriously considered when using location data in a white paper, Maintaining Personal Privacy in an Epidemic.

Microsoft’s new Outlook board puts calendars, reminders, and lists in one place