SpaceX is carrying these biotechnology experiments to the ISS this weekend 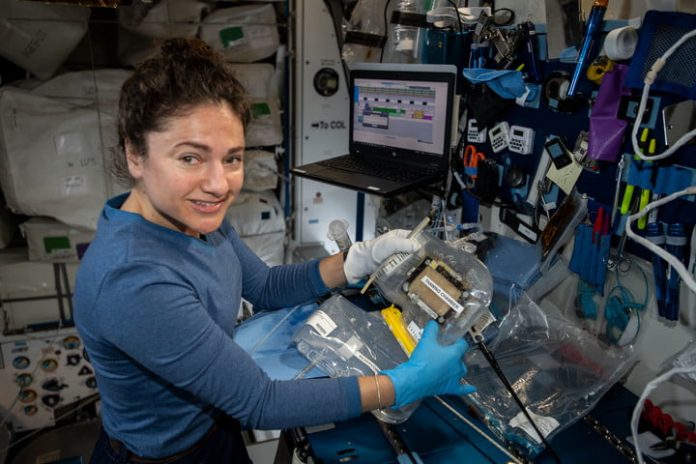 A SpaceX Dragon cargo spacecraft, currently on its way to the International Space Station (ISS) as part of the CRS-20 mission, is carrying a variety of scientific research projects as well as usual food and other supplies for the astronauts. The hardware going to the ISS this weekend includes a number of research projects in biotechnology that could improve the lives of patients here on Earth.

“The payloads launching on SpaceX CRS-20 demonstrate that the ISS is not only an amazing multi-purpose, multi-user research facility in low Earth orbit but also a proof-of-concept incubator where industries can advance their applied research and technology development programs,” ISS National Lab Chief Operating Officer Ken Shields said in a statement.

“Moreover, the diversity of investigations supported by the private sector, government agencies, and academic institutions demonstrates the continued rising demand and interest in utilizing our orbiting laboratory to benefit life on Earth and build a thriving market economy in space.”

One experiment by the startup Dover Lifesciences is an attempt to develop protein-based drugs to treat metabolic disorders and obesity. “Proteins in the human body play a central role in health and disease — and they can also be used as biological agents to treat disease,” the ISS National Lab explained in a blog post.

“By using protein crystallization to understand the structure of proteins alone and in complex with other molecules, scientists can better design therapeutics to prevent and treat disease. In microgravity, protein crystals can grow larger and with fewer imperfections than on Earth, revealing more detailed protein structures.”

The research is looking for drugs that could inhibit the conversion of glucose to glycogen in the liver and muscles. If this were possible, it could be used as a treatment for obesity and some rare genetic disorders, and could even have applications in the treatment of cancer.

Other research includes the development of a small drug pump, shaped like a patch, which can deliver medicine in a controlled and continuous way. For people who have conditions that require regular injections, such as diabetes, this patch could offer an easier and safer way to get the medicine they need regularly.

Finally, the company 1Drop Diagnostics is aiming to develop a portable diagnostic device that can make diagnoses based on very small amounts of blood, which would be invaluable to patients and doctors in remote locations who have limited access to lab equipment.

The Dragon cargo spacecraft is set to arrive at the International Space Station at 4 a.m. PT on Monday, March 9.

Facebook
Twitter
Pinterest
WhatsApp
Previous articleCuriosity conquers a 30-degree slope on Mars for the first time, enjoys the view
Next articleAll AMD processors since 2011 have had a security vulnerability
- Advertisment -