Samsung’s new Galaxy S20 lineup of devices starts at $1,000. If the thought of dropping a cool thousand (or more) on your next phone doesn’t exactly fill you with joy, then you want to check out these limited-time open-box deals on Samsung Galaxy S20 devices at Best Buy’s eBay store. With prices as low as $679.99 and savings as large as $350, these deals are the most affordable way to get your hands on one of Samsung’s new flagships right now.

Despite the plethora of Android handsets launching each year, the Samsung Galaxy S lineup is always one we pay attention to. The 2020 Galaxy S series is no different with a trio of phones in the Galaxy S20, S20+, and S20 Ultra launching with some impressive spces across the board this year. Each S20 device features 120Hz display, upgraded cameras, Qualcomm’s Snapdragon 865 processor, and expandable storage in all of the phones.

The 120Hz AMOLED displays are beautiful and the microSD card support means you can supplement the built-in 128GB capacity easily and for way less than grabbing the 512GB model. Water-resistance and wireless charging are, of course, present and the addition of 5G support means you can experience a superfast internet connection right now if you happen to live somewhere with 5G service. At the very least, you’re future-proofing yourself in that regard if you plan to keep this phone for several years.

The cameras are a key area of improvement in the S20 line this year. Both the S20 and S20+ phones still have a 12MP lens for the primary camera, but the the pixels are about 30% larger so that substantially more light can be let into a shot. The telephoto camera has also been upgraded, now featuring a 64MP sensor with 3x lossless zoom and better low-light performance. The S20 Ultra takes it to another level, offering a massive 108MP primary camera, using pixel binning to take pictures that come out as 12MP shots. There’s also a 48MP telephoto camera, and because of the way it’s positioned inside of the 20 Ultra, it’s able to offer 10x lossless zoom and up to 100x digital zoom if you want to go all out.

We’ve rounded up everything you need to know about the Samsung Galaxy S20 as well as links to our extensive coverage to help you figure out which phone is right for you. We also put the S20, S20+, and S20 Ultra to task in our in-depth reviews which are worth checking out too.

We don’t know exactly how long these deals will last at Best Buy’s eBay store, so you’ll want to get your order in as soon as you have made your mind up to avoid disappointment when the prices rise or these sell out. Alternatively, score a brand new Samsung Galaxy S20 from $749.99 with activation at Best Buy or factory-unlocked from $799.99 at Amazon. 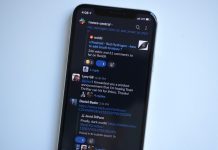 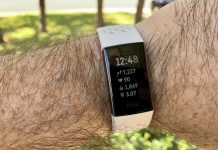 If I were in charge, this is how the Fitbit Charge 4 would look 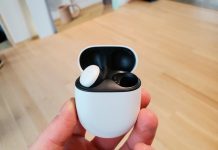