How tech has impacted archaeologists’ hunt for long-lost civilizations 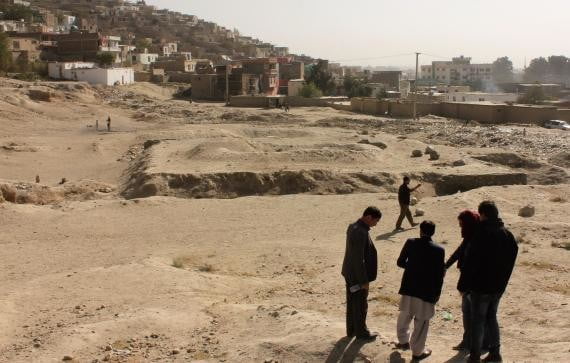 Archaeologists look to the past to better understand how ancient civilizations long before us lived, but by using today’s advanced technology, they can make discoveries quicker and easier than ever before.

From 3D modeling to digital satellite mapping to machine learning, archaeologists are integrating modern technology into their discovery of long-lost civilizations. Gil Stein, professor of near-Eastern archaeology at the University of Chicago, said that archaeology is a field that’s exceptionally quick to adapt to new ways of using technology.

“One of the interesting things about archaeology is it’s an area of rapid technology transfer,” he said. “Archaeologists are good at figuring out ways of applying new technology to archaeological materials.”

One example of how archaeologists are using technology to capture the past better is by 3D modeling. Stein said that 3D modeling could digitally reconstruct what an archaeological site would have looked like in its hay day, essentially giving us a real glimpse into how humans once lived by letting us see a 3D model rather than a 2D photo.

“We literally can see the past in a different way,” he said, adding that 3D models are a part of many of the University of Chicago’s Oriental Institute’s exhibitions for museum guests to come and see.

“We have a crew of people that have been for the last three or four years working our way over all of Afghanistan trying to map every archaeological site — more than 22,000 sites this way,” Stein said.

The project uses satellite imagery and other geospatial technologies to build a geographic information system (GIS) database that can identify previously unknown sites and protect them from mining development, looting, and urban expansion. Heritage preservation projects like the one in Afghanistan are funded with support from the U.S. Department of State, through the U.S. embassy in Kabul.

The satellite images being used are from the 1960s, long before Afghanistan had the development it has today, which allows archaeologists to see whole landscapes before there was mechanized agriculture.

“You can see things from outer space like ancient roads or ancient irrigation canals or even whole cities that you can detect because they discolor the ground around them,” Stein said.

That same project also has implemented the use of machine learning in various statical and analytical techniques to create an algorithm that can identify visual signatures of looter pits based on the images in the database.

Stein said that before implementing machine learning into the project, the work was done by meticulously going through one photo at a time. Like everyone else, archaeologists’ use of machine learning technology helps to save them valuable time and resources.

“This kind of technology saves time and gives very, very accurate 3D dimensions on very precise data,” Stein said. “Things that would have taken you days or months to do now take three or four hours.”

Aside from the Oriental Institute, there are other archaeology projects that are utilizing technology. For example, in 2016, scientists used lidar — a tool most readily associated with helping autonomous cars to sense the world around them — to create a detailed map of a long-lost city hidden beneath the jungle in Cambodia.

Archaeology is only one example of how technology is influencing scientific discoveries. Still, specifically, there’s something to be said of an entire subject that, at its core, is focused on the past, but is looking to the technology of the future to get answers.

Apple closes more stores, here’s what to do if your iDevice breaks

Maximize your wallet with these Chase credit cards

Apple closes more stores, here’s what to do if your iDevice breaks

Maximize your wallet with these Chase credit cards