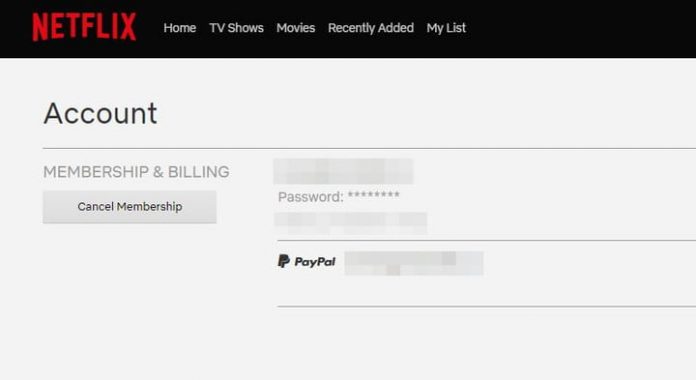 Netflix is the world’s biggest on-demand streaming service for a good reason. It has an enviable lineup of both licensed and original content, it’s available on just about every device that has a screen and an internet connection, and its price plans, though not the cheapest around, are still within reach of most people. But perhaps Netflix has become too much of a good thing. Addiction to screen-based content is real — to the point where one U.S. senator proposed to ban autoplay videos as a way of dealing with it. If you’ve decided to cure your obsessive bingeing by removing the source of addictive television, and you’re ready to cancel your Netflix subscription, here’s how to do it.

How to cancel Netflix

Canceling Netflix is a simple process. To do so, simply grab a phone or a computer and log in to your account page on Netflix. Next to the panel that shows your personal info and current payment option, you’ll see a Cancel Membership button. Click that and you’ll be taken to the cancellation page.

At this point, Netflix will likely try to entice you to stick around, possibly by promoting a less expensive price plan. If you’re determined to still cancel, just click the Finish Cancellation button, and you’ll officially be done paying for Netflix.

If you go to your account page and you don’t see the Cancel Membership button, it’s probably because you signed up for Netflix via a third-party. Many cable, fiber, and satellite companies let you add a Netflix membership to their subscription packages,  giving you one monthly bill instead of two. However, this arrangement means you’ll need to cancel your Netflix membership through that company, and not via Netflix’s account page.

What if I change my mind?

So you canceled Netflix, and now you’re having second thoughts. Perhaps the chatter around the latest season of Stranger Things is just too much and now you need to get your fix. Unsurprisingly, Netflix makes it very easy to re-up. When you cancel, the service keeps your account and all of your preferences stored for up to 10 months after your last payment date, so you can pick up right where you left off. The same is true of your Netflix queue if you were using the company’s DVD or Blu-ray rental service.

What if I’ve still got time left on my account?

If I cancel, what happens to my gift card balance?

If you’ve used Netflix gift cards to pay for your monthly subscription, any unused balance will still be available to you even after you cancel. You won’t get a refund on the unused amount, but you’ll be able to keep watching until that balance has been completely absorbed.

What are some good Netflix alternatives?

If you need to cut back on your monthly expenses, or perhaps Netflix’s content selection is no longer doing it for you, there are several great alternatives. Here are a couple of our favorites and how they stack up to the streaming service:

You can also check out our in-depth three-way comparison between Hulu, Netflix, and Amazon Prime Video.