HomeNewsWhere are they now? A look back at our past Top Tech...
News

Where are they now? A look back at our past Top Tech of CES winners 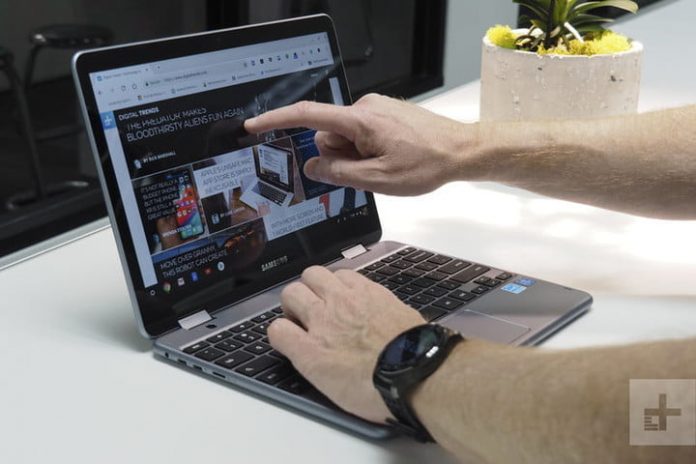 CES 2020 is approaching, and the greatest visionaries in the tech industry will convene in Las Vegas to show off their upcoming products, but more importantly, to compete for the tech industry’s highest honor: Digital Trends’ Top Tech of CES award. Every year, the sages of Digital Trends convene in a dark cave to discuss all the cool gadgets we saw at CES and, after intense debate (and reading the mechanical intestines of a Zune), crown the best of the best.

When choosing the best tech of CES, we try to consider how much of an impact the product will have on the world, but prognostication ain’t easy. How often have we gotten it right? Let’s revisit the winners of CES past, and see where they are now.

Our Top Tech award for 2019 went not to some robot butler or colossal TV, but to a humble pile of fake meat. Impossible Food’s latest recipe for plant-based ground beef did a stunning impression of the real thing. After our first taste, we wrote “Everything is dialed in — the smell, the color, the texture, the flavor — it’s all so similar to the profile of real hamburger that unless you’re really scrutinizing it, you’ll be hard-pressed to tell the difference.”

Impossible Burger 2.0 was a marvel of chemistry, capturing not only the flavor and texture of beef, but even the appearance of “bleeding,” thanks to a molecule called heme. We weren’t just impressed by the science behind it, though; we also loved that it offered all the flavor of beef with a significantly smaller environmental impact.

It was an out of left field pick for us, but history (albeit short) has proven us right. Since its CES showcase, the new Impossible Burger has become a sensation, showing up at supermarkets and restaurants all over the place. Burger King even launched an Impossible Whopper! The demand for the burger was so great, production couldn’t keep up for a while. Given the swelling market for fake meat, we feel confident this pick will stand the test of time.

CES 2018 saw a lot of cool gadgets, but we gave Best in Show to something a little more high concept: Nvidia’s Xavier chip, a processor designed to be the brain of fully autonomous vehicles. An exceedingly complex chip with 9 million transistors and eight cores, Xavier promised a future of level 5 (no human input necessary) autonomous vehicles. At the time, we said “Nvidia’s Xavier is putting us on a very, very exciting road ahead. And we won’t even have to drive.”

Nearly two years out from that, self-driving cars are still a work in progress. There remain the technical challenges of designing an AI that can handle the many complex problems that human drivers face, but there are also ethical and legal questions that still need solving: If something goes wrong, should a self-driving car prioritize the safety of its passengers or bystanders? What safety standards should Congress mandate?

Until questions like these are solved, the dream of self-driving cars is just that, but Nvidia’s Xavier has been at the forefront of the industry, and recently announced its next-generation chip, Orin. While we’re still waiting for self-driving cars to take over — add them to the sci-fi wishlist along with jetpacks and Jetsons-style pneumatic tubes — the future seems close.

A more conventional pick, our Top Tech of 2017 was the Samsung Chromebook Plus. At the time, we called it “one of the sturdiest Chromebooks we’ve laid hands on, in a field full of systems that cheap out with plastic components and low-resolution panels.”

Unfortunately, much like The Strokes or Iron Man 2, the Chromebook Plus hit the sophomore slump hard, offering more of the same but with a little less magic. In our review of the Chromebook Plus V2, we noted that while still sturdy, the design was “old-school, fitting better with the first couple of Chromebook generations” like the Pixelbook. We also found the performance to be lacking compared to other next-generation Chromebooks, ultimately deciding “There’s just no compelling reason to choose the Chromebook Plus V2 over its closest competitors.”

Tesla may be the face of the electric vehicle revolution, what with its famous founder and ridiculously angular truck design, but for a long time, Tesla cars were a luxury good, a carriage to carry upscale eco-warriors from cycling class to Whole Foods. In 2016, Chevy showed us an EV for the people: The Bolt, a car that was efficient, fully electric, and most importantly affordable.

Crowning it Best in Show for 2016, we wrote “If Tesla’s Model S made electric cars practical and Nissan’s Leaf made them cheap, Chevy’s Bolt hits that magical Goldilocks point that makes them perfect for just about everyone.”

We weren’t shocked to see others agree with us. MotorTrend (no relation) named the Bolt its 2017 Car of the Year, Car and Driver put it on its Best Cars of 2017 list, and Time even called it one of the best inventions of the year.

‘Twas back in the olden days of 2015 when we were delighted by Dish’s Sling TV app, a streaming service which promised an assortment of channels at an affordable monthly subscription rate. As we put it, “It’s going to change the TV industry forever, whether you use it or not … It always seemed like Apple would be the one to throw its weight into TV’s content titans and break the chains that kept us shackled to cable, but Dish somehow pulled it off.”

The TV landscape has changed, in dramatic and sometimes annoying ways. Sling is still around, now in two packages (Orange and Blue), but cord-cutters face a fractured streaming landscape, where every company in the world has their own streaming service with exclusive content. Netflix, Hulu, Apple, Disney, and even Amazon have their own streaming libraries, with more (such as NBC’s Peacock) on the way.

3D printing — or additive manufacturing, if you’ve got a subscription to The Economist — has evolved a lot over the last decade, so it was no surprise that we picked the Makerbot Replicator Mini as the best product at CES 2014.

“3D printing, once an expensive luxury afforded only to engineers, is beginning to infiltrate the home,” we said, “and no printer comes closer to truly making it accessible than MakerBot’s $1,375 Replicator Mini. Besides the low price of entry, the interface has been simplified to the point that a novice can literally click a model and begin printing it on the spot. Instead of merely drooling over its betterness, we imagined the possibilities aloud: printing toys, tools, dishwasher parts. Whatever you need, when you need it.”

Home 3D printers have come a long way since then — you can even get a halfway decent model for under $200! — although we still haven’t reached the Star Trek-esque, post-scarcity future we imagined back then. The great 3D printers will still cost you a pretty penny, and you probably can’t manufacture a working Cybertruck out of your living room, but you can make some stunningly detailed sculptures, or even the parts to build a somewhat functional gun that might explode in your hand. There may come a day when most manufacturing is done out of people’s houses, and we’ll remember the Makerbot Replicator Mini as a crucial stepping stone.