The ThinkPad X1 Carbon and X1 Yoga get updated with 500-nit, 4K displays 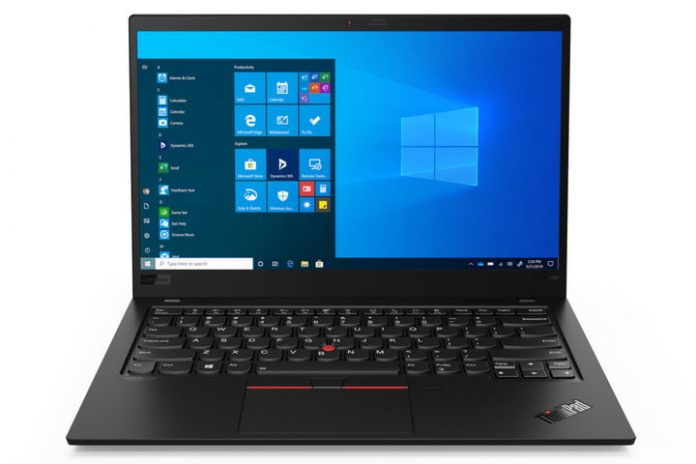 The X1 Carbon is now part of Intel’s Project Athena announced during CES last year. This initiative aims to develop thin and light laptops with long battery life, fast response times, and instant wake from sleep. Just the same, there are no changes this year to the physical chassis of the X1 Carbon or X1 Yoga.

The X1 Carbon is still made of that same carbon-fiber texture, which keeps the system lightweight and durable. It weighs just 2.4 pounds and is 0.58 inches thick.

Last year, Lenovo upgraded the X1 Yoga to a premium, all-aluminum chassis. That hasn’t changed in 2020, and the ThinkPad X1 Yoga still measures in 0.60 inches thick and 2.99 pounds.

There are, however, a number of changes to the internals and display options available.

Both the ThinkPad X1 Carbon and X1 Yoga use Intel’s 10th-generation “Comet Lake U” Core i5 and i7 processors up to a Core i7 six-core chip. You’ll see configurations supporting vPro as well.

The ThinkPad X1 Yoga features a 14-inch screen with same four display options, except all include touchscreens.

Models with PrivacyGuard prevent onlookers from spying on your screen when glancing from the side. Previous models included a keystroke to manually alter the brightness so strangers can’t see anything from the side. Now the included PrivacyAlert software detects prying eyes and automatically dims the screen.

Other features thrown in these devices include 8GB or 16GB of system memory (LPDDR3), up to 2TB of storage on a PCIe SSD, LTE CAT9 and CAT16 connectivity, Thunderbolt 3, and the company’s ThinkShutter covering the webcam. The X1 Carbon features a 180-degree hinge allows you to lay the device flat on a table and share the screen with others, while the Yoga has a 360-degree hinge to enable Laptop, Stand, Tent, and Tablet modes.

Finally, the ThinkPad X1 Carbon promises a battery life of up to 18.5 hours, while the Yoga aims for 15 hours.