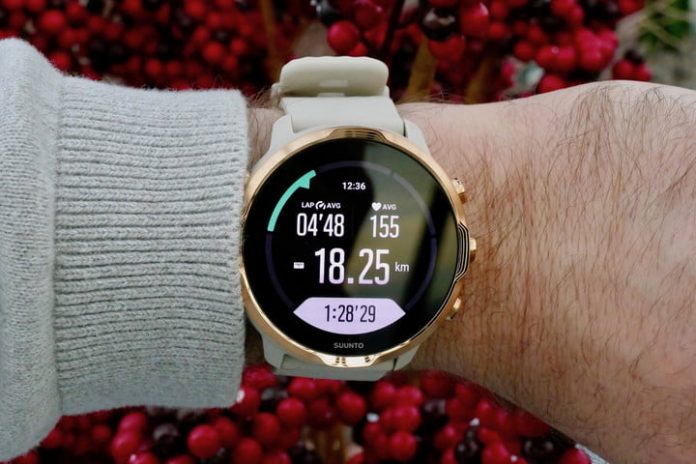 Heard of Suunto? If you’re a hardcore runner or an outdoor adventurer, then most likely you have. The Finnish company has been making sporting compasses and technology since the 1930s, and has more recently become known for its hardcore fitness-orientated smartwatches. If you’re neither of these things, then the brand will probably be new.

Suunto wants to change that with the S7, a smartwatch that combines its sporting prowess with lifestyle appeal, and some clever battery life-extending technology too. Exciting, but this also means the brand will be taking on the Apple Watch and the Samsung Galaxy Watch Active 2, and that’s a very different race to the one it has been running until now.

It’s the first time Suunto has made a WearOS watch, and it has been developed closely with Qualcomm to satisfy both the legion of hardcore sports fanatics that support the brand, and those who have not found the ideal sporting smartwatch yet. It has achieved this by cleverly making use of the Snapdragon 3100’s low-energy co-processor, which usually only takes care of the always-on display and other basic processes to take the strain off the battery.

After two years of development, Suunto has integrated its sport-tracking feature into the co-processor, so even after a day of smartwatch use, the Suunto S7 will still have enough energy to cope with hours of training. The company has also tweaked the tilt-to-wake feature to avoid as many accidental activations that in turn wake up the main processor, resulting in excessive battery drain. On the S7, the always-on time will show up when you raise your wrist, but you need to tap the screen to fully wake up the device, although notifications still arrive as normal even in this state.

The result? This manipulation of the chipset combined with a big 450mAh battery means the S7 with an hour of fitness tracking a day has been lasting for two days. A single charge will also return three hours of intensive training after a full working day with the watch on your wrist. While this won’t revolutionize the average smartwatch owner’s life, it makes the S7 a very real proposition for Suunto’s core audience of fitness fans, and took serious effort and work to get right.

To illustrate just how out of the box the Suunto team thought, the watch required its manufacturing partners to recalibrate test machinery, as the S7’s battery ran for far longer than other models. Then, when it was tested by Qualcomm’s engineers, the battery lasted for such a long distance when out running, the results baffled members of the team who questioned its accuracy at first. Suunto says it has, “Written code in places where no-one has before,” when referring to the complex task of utilizing the low-energy processor in this way.

The company knows exactly what it’s doing on the sports side, and has used WearOS software to great success with its “heat-based” running maps. These show popular (or not so popular) running, walking, and hiking trails based on your location, using anonymous data gathered from Suunto watch wearers. “Hot” trails show up around you when you select the running mode, which is especially helpful if you’re running in a new region, or want to explore new routes.

There are 70 different sports modes, all accessed using the touchscreen or the watch’s physical buttons, and it’s all clearly and concisely shown on the watch face. A particularly nice feature is how the watch automatically downloads local maps for offline use when it’s being charged. Response time on the demo versions I saw was good, and the screen was bright and attractive, but I have not spent time with it connected to a phone to assess performance. The watch is water-resistant to 50 meters, has GPS and a heart rate sensor, and big physical buttons that are easy to press with gloves or wet fingers.

The sports side is, on paper, undoubtedly covered by a company that understands the needs of really keen sportspeople. But does it understand the lifestyle side? There are five different color combinations, all matched with the same features and durability, with a white and plum combo looking really fantastic, plus a Nike-style black-and-green design too. A gold and cream model also catches your eye. However, it takes more than a few fashionable colors to make a good lifestyle watch.

This is a large watch with a thick case and a big screen. It’s lightweight with a pretty bezel and thick, tough silicone straps that are soft and comfortable to wear. It’s definitely more Mobvoi Ticwatch Pro 4G/LTE than Emporio Armani in its design, but provided you live and breath the fitness lifestyle, it’ll likely fit in very well with your outfit choices, and in the right color will turn heads at the gym or out on a run. Considering Suunto’s fans now, this means it should have hit the right spot. However, if you’re only a casual fitness fan, this may be feature-overkill in a watch style that will for many people, be the equivalent of wearing Nike Air Max with a suit.

Suunto’s muscling into an arena that’s quite crowded too. Garmin’s range of fitness smartwatches is extensive, from the Forerunner to the luxury Marq models, while on the lifestyle side Casio’s excellent Pro Trek WSD-F30 takes some beating when it comes to style and battery life. That’s before looking at Fitbit’s massively popular Versa watches, and competitively priced fitness/lifestyle mashups like the Watch GT2 from Huawei and the MagicWatch 2 from Honor.

Suunto’s fans will want the S7, and based on first impressions they will not be disappointed, but it’s the dedicated fitness newcomers from outside the brand Suunto needs to attract with its first WearOS smartwatch. I think it has hit the right technical and design spots to do this, but the price is high at $480, which is more than the basic Apple Watch (the best smartwatch you can buy) and the Samsung Galaxy Watch Active 2, a solid smartwatch purchase for Android phone owners.

Suunto didn’t need to worry about these watches before. However, if it’s going to make a sports and lifestyle watch, it now has to pay attention. It’s a tough market, and a new high price competitor is never going to have an easy time. The Suunto S7 has what it takes to win over its fans, but bringing new ones into the fold may take more than the clever battery tech at this price.

The Suunto S7 will be available to buy from January 31.