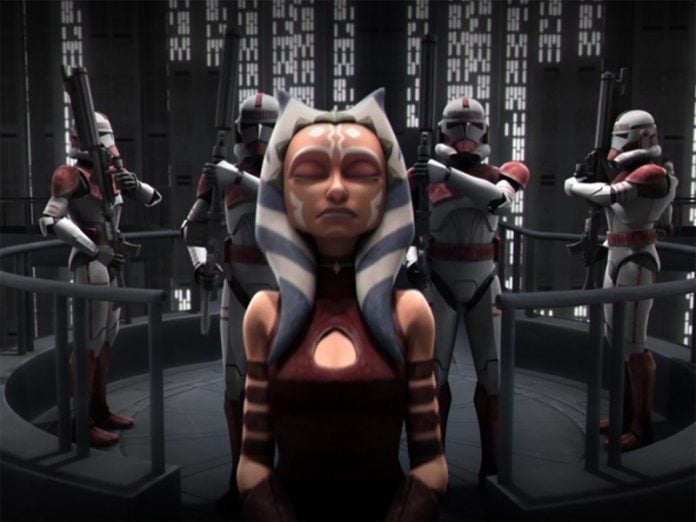 Did you love the Mandalorian and are bummed by the fact that you’ll have to wait nine whole months until season 2 comes out? While we can’t speed up that process at all, another Star Wars hit on Disney Plus is about to drop, and it’s quite a doozy. The long-awaited season 7 of Star Wars: The Clone Wars animated series is wrapping up production and will be available starting Monday, February 17, according a Disney promotional video found by CBR.com.

Just as we saw with The Mandalorian (and all Disney+ original content), episodes will air weekly and be available indefinitely on Disney’s streaming network afterward. That means if you can somehow avoid spoilers and wait until all 12 episodes of season 7 air, you can binge the whole thing in one sitting, if that’s your thing. Disney’s formula for weekly releases seems to have paid off with The Mandalorian, which was talked about regularly throughout the eight-week airing timeframe for the last two months of 2019.

Star Wars: The Clone Wars animated series aired from 2008 to 2014 and spanned a total of five seasons. A sixth season was released on DVD, Blu-ray, and Netflix in 2014 but didn’t quite close out the story the way fans had hoped it would, leaving a fairly large gap in the story between the end of the animated series and the events in Star Wars: Episode 3 — Revenge of the Sith. Thankfully, for fans, Disney is picking up right where Lucasfilm left off and will be bringing more of everyone’s favorite Jedis to any screen you have that can stream Disney+.

In addition to The Clone Wars season 7, Disney is also putting together a wholly original live-action mini-series based on Obi-Wan Kenobi who will, once again, be played by Ewan McGregor. Disney has confirmed that the series will feature six hour-long episodes and take place eight years after the events at the end of Star Wars: Episode 3 — Revenge of the Sith. Aside from Obi-Wan, it looks like we may get to see an eight-year-old Luke Skywalker and a chronicling of the events that take place in the 19-year gap between the Star Wars Episodes 3 and 4 movies.

All the Star Wars It’s not so far away

Disney+ is the latest streaming service around, and it brings about all the big Disney franchises with it. Star Wars, Pixar, and Marvel are only the beginning of what’s in store when you subscribe.