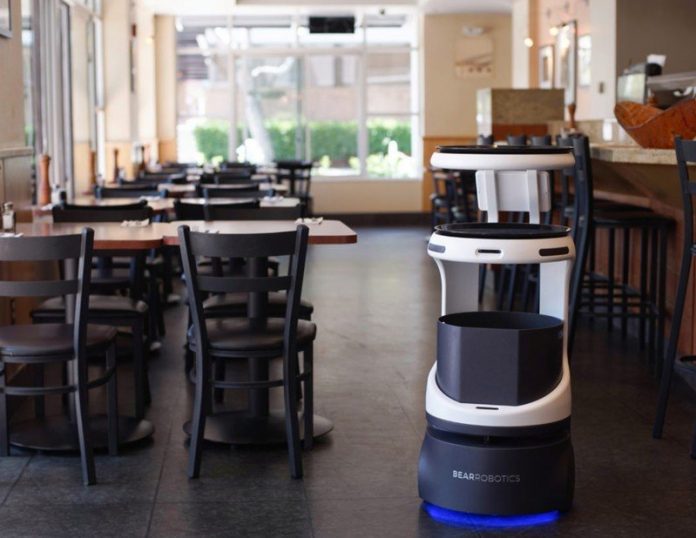 Soon a robot will be the one to spit in your food instead of a human. 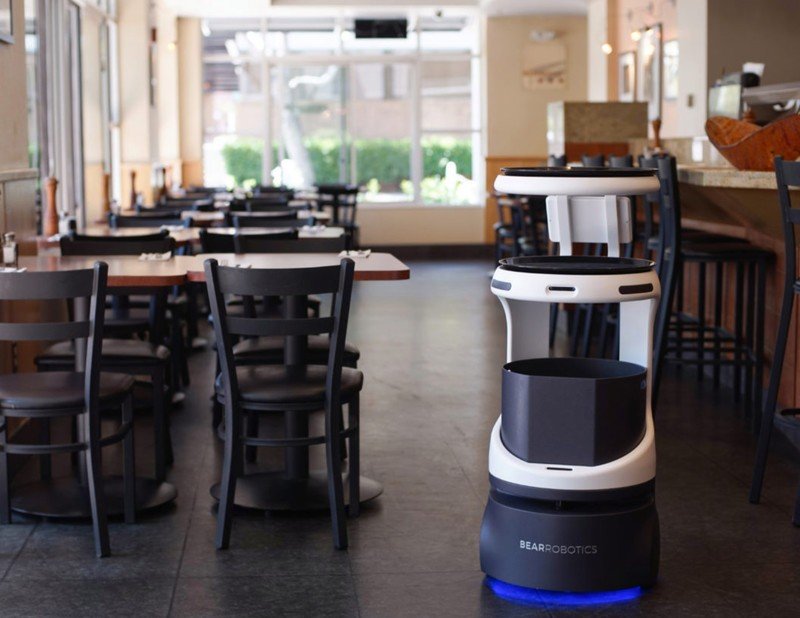 SoftBank has bet some pocket change (by SoftBank standards) on a robotics company that specializes in food service. TechCrunch recently sat down with Bear Robotics CEO John Ha, whose company just finished a Series A funding round that ended with $32 million in investment, led by SoftBank. TechCrunch notes that SoftBank also recently invested heavily in robotics firm Berkshire Grey, a warehouse robot maker that raised $263 million in Series B funding.

Rather than replace human servers, Ha sees Bear Robotics server droid, named Penny, as an assistant that will reduce the amount of labor the humans need to perform. Current versions of the robot don’t talk much or display a personality, they simply deliver up to three trays of food.

“It’s self-driving tech that’s been adopted for indoor space, so it can safely navigate from Point A to Point B. A server puts the food on Penny, and it finds a way to get to the table … We’ve also had to make sure the wheels won’t accumulate food waste, because that would cause issues with the health department.” — John Ha, CEO Bear Robotics

Bear Robotics is currently testing the robot in restaurants, casinos, and some homes, and Ha expects to add nursing homes to the target list in the future. Penny will be leased to establishments, not sold, and will require a subscription commitment for “white-glove” service that includes maintenance and support. Thus begins the age of robot-as-a-service (RaaS), though paying a server a monthly rate that includes maintenance sounds suspiciously like paying a salary with health insurance, except the money goes to a robot. 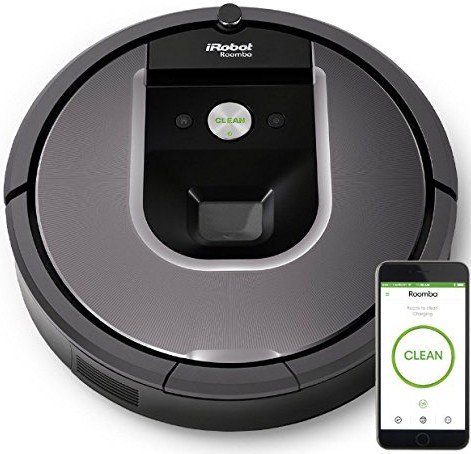 A powerful vacuum for any home

This robot provides powerful suction, home assistant compatibility, and sensors to keep it from bumping into things. It’s a great pick for any home.