HomeReviewsHands-on: The Amazfit T-Rex smartwatch is rugged and cheaper than you’d expect
Reviews

Hands-on: The Amazfit T-Rex smartwatch is rugged and cheaper than you’d expect

If we’ve learned one thing over the years, it’s that Android Authority readers don’t like to overpay for things. That’s why budget-friendly brands like Xiaomi, Realme, and Oppo are so popular with our community. Huami is one such brand that’s been known to release surprisingly great looking smartwatches that don’t cost an arm and a leg.

At CES 2020, Huami is releasing its very first rugged smartwatch, the Huami Amazfit T-Rex. It’s an aggressive name, but I think it fits the smartwatch’s aesthetic.

At CES 2020, Huami announced a sequel to its uber-popular Amazfit Bip smartwatch. The Amazfit Bip S is an improvement in a few ways over the original inexpensive watch.

This time around, the Amazfit Bip S … 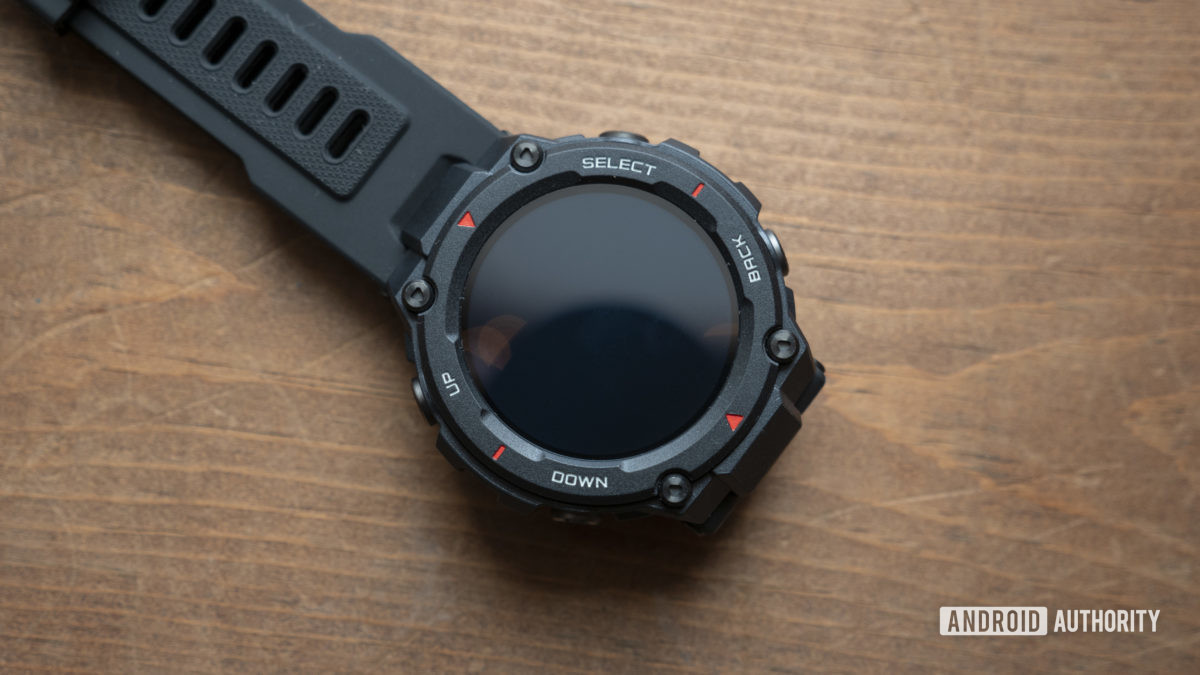 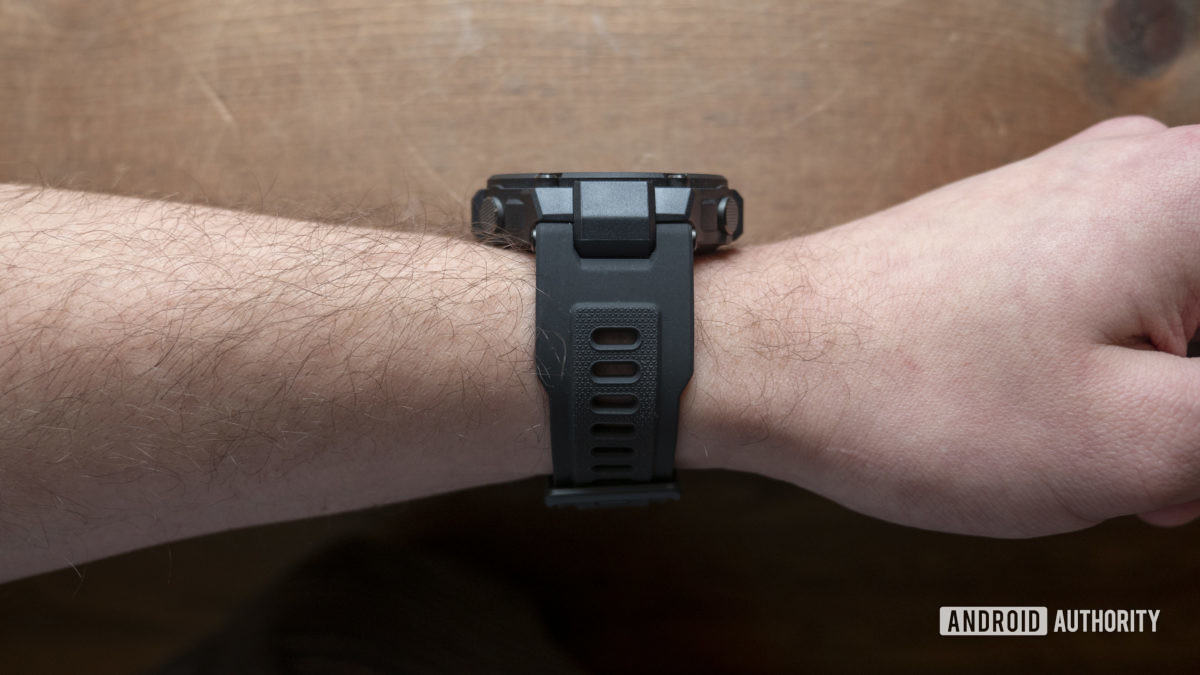 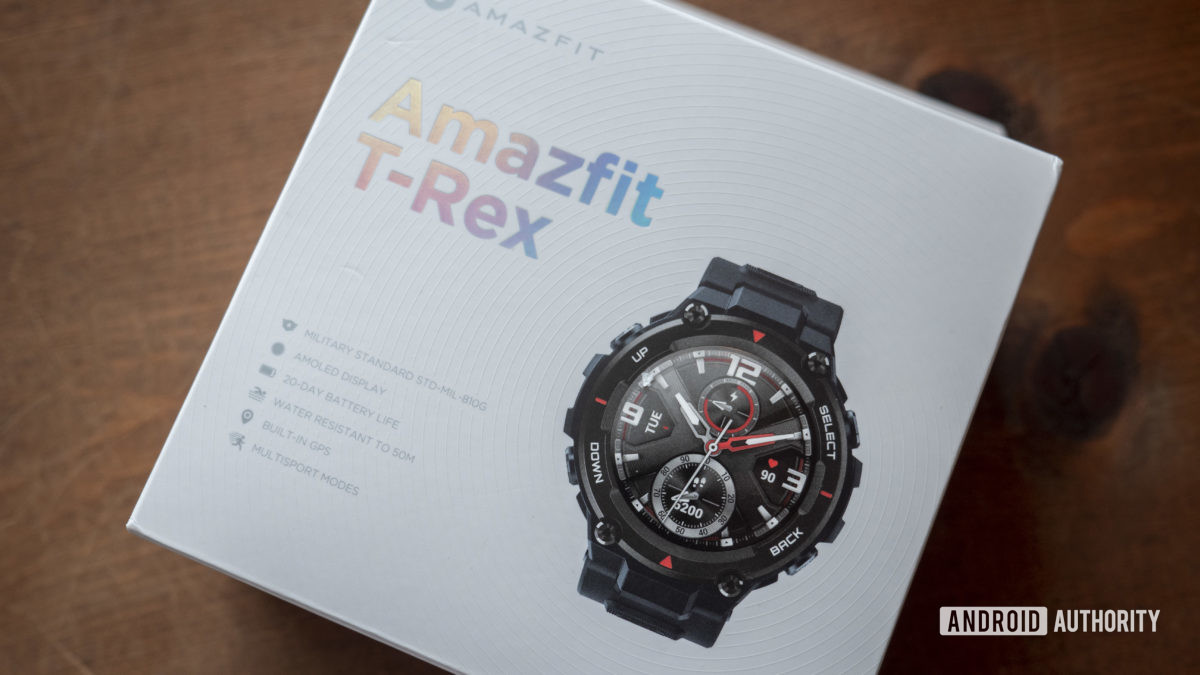 First thing’s first: The Amazfit T-Rex is big. I have bigger than average wrists and it looks gigantic on me. It’s certainly a look, but not one I’m particularly fond of. Luckily the watch is light at 56.7 grams, so it’s not so unwieldy.

Huami is going for durability here, and it shows with the T-Rex’s hardware. The case is made of plastic and has a MIL-STD-810G durability rating and 5ATM water resistance. Four textured buttons surround the watch case: one for up, one for down, one for select, one for back. The buttons click okay, but they’re a little mushy for my liking.

Under the hood, the Amazfit T-Rex comes with a built-in GPS, heart rate sensor, Bluetooth 5.0, and a battery that Huami says will last 20 days on a single charge. We found Huami’s Amazfit GTS to last its estimated battery longevity, so you can probably expect the T-Rex to easily last over two weeks.

The straps are not good, and you can’t swap them out.

Huami cut corners on the included strap, though. The straps are silicone, but the kind of silicone that makes you not want to put it on your wrist. It’s too grippy and stretchy and just feels low quality. Add to that the fact that the straps aren’t interchangeable, and you’ve got yourself a swing and a miss. 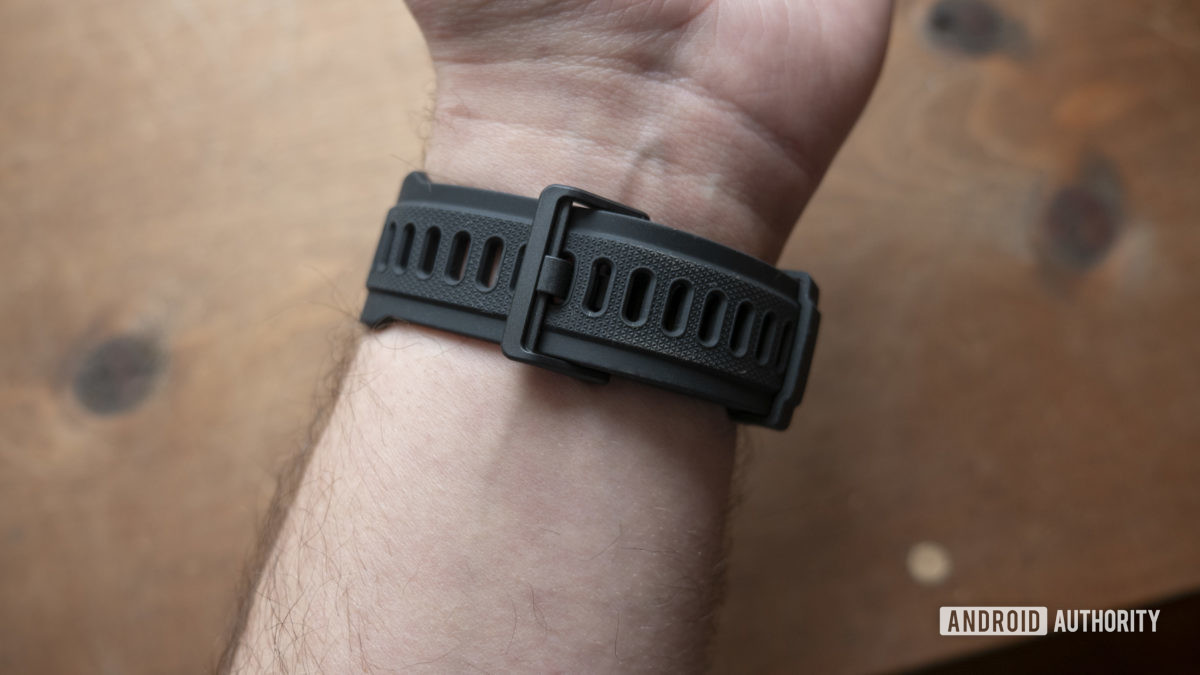 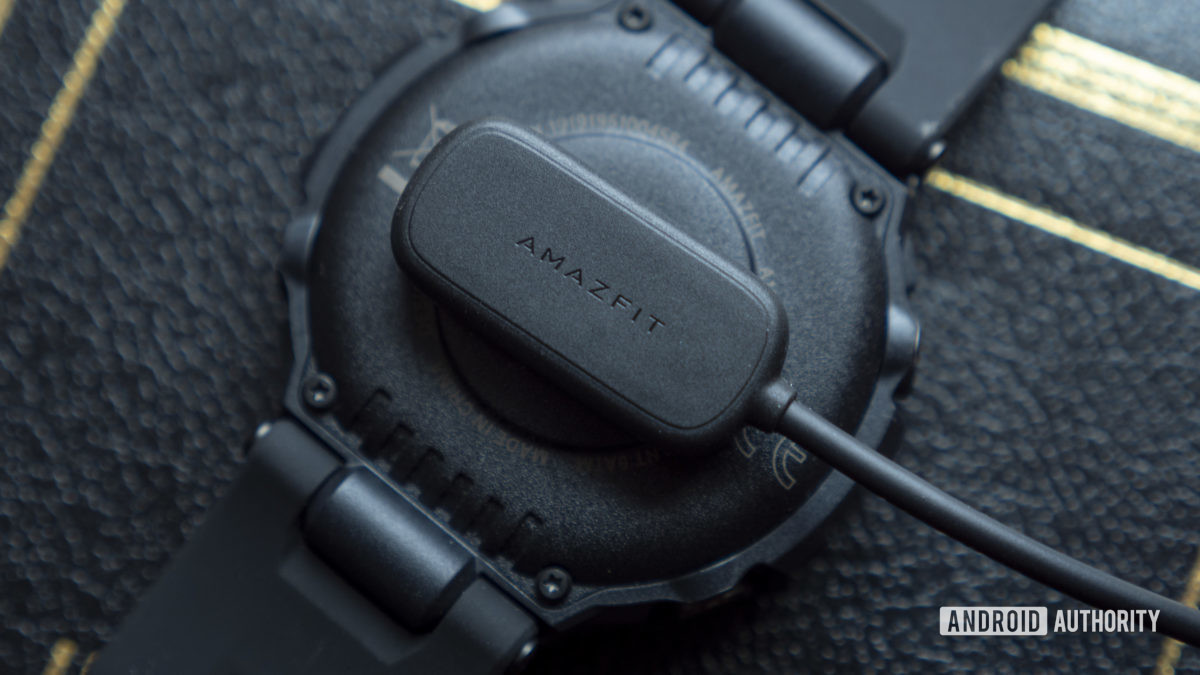 I’ve also had considerable issues getting the Amazfit T-Rex to pair with my phones. The Amazfit app won’t recognize the smartwatch, and the watch is stuck on a screen that reads “Open the app and select ‘check for updates’.” I literally can’t use the watch.

It’s a shame because as far as I can tell, the 1.3-inch AMOLED display looks crisp and vibrant, and I was looking forward to testing out the smartwatch’s multisport workout modes. I’ll let you know if I have any updates after I’m able to get the watch connected to my phone.

The best new wearables we could find at CES 2020

New Fossil Gen 5, Hybrid HR, and Sport colors offer something for everyone