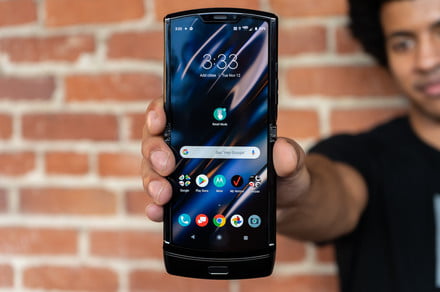 Motorola’s much-anticipated Razr smartphone is now available for pre-order at $1,500, with the delivery date currently set for February 10.

To coincide with the pre-order launch, Motorola posted six short videos aimed at new owners of the device, which features a folding display. One of videos, titled Caring for Razr, offers various pointers on how to ensure your phone stays in tip-top shape through daily use. But one of the tips — or, more accurately, what appears to be an advanced warning — may raise an eyebrow. Or possibly two.

“Screen is made to bend; bumps and lumps are normal,” the message in the video says before moving quickly on. The possible appearance of apparent imperfections on the smartphone’s display may well cause concern among new Razr owners, especially when you recall that similar screen behavior occurred shortly before Samsung’s Galaxy Fold — the South Korean tech firm’s first attempt at a folding handset — packed up entirely. But in its video, Motorola insists there’s no need to worry, making plain that the bumps and lumps are “normal” and that the phone should continue to operate as usual.

Naturally, we’re very curious to see the extent of these so-called “bumps and lumps” and how they affect the phone’s usability and looks, if and when they appear.

We trust that, following Samsung’s bungled launch of the Fold, Motorola has put the Razr through its paces in the lab as well as out in the field, and that at the very least, any screen imperfections won’t lead to the phone seizing up or falling apart.

Whether Motorola’s sudden revelation about the display deters some folks from dropping $1,500 on a pre-order remains to be seen, but we can certainly imagine at least a few holding off until they can get more information from early adopters.

Other videos in Motorola’s collection include Unboxing Razr showing the device being set up for the first time, and Discover Razr highlighting the foldable phone’s main specs. Another focuses on the Razr’s camera capabilities while Moto Experiences on Razr takes you through some of the phone’s core features.

The all-new Razr, at launch a Verizon exclusive, is a modern-day version of Motorola’s iconic and hugely popular Razr V3 flip phone from the mid-2000s. The company’s newest and most exciting smartphone to date has been warmly received by those who’ve had the chance to handle a review model. Digital Trends own hands-on review describes how the device “looks incredible and feels like the future of smartphones,” though it also notes that its hefty price tag will be an issue for many people. 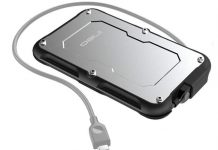 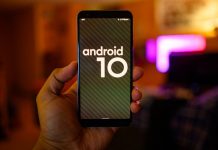 Don’t worry, it’ll still be sweet: Everything you need to know about Android 11 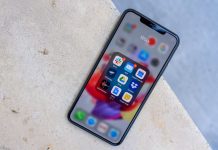