HomeNewsEverything we know so far about the Galaxy S20
News

Everything we know so far about the Galaxy S20

The S10 was incredible. Here’s what Samsung’s doing to improve for 2020.

Samsung’s Galaxy S series is always one of the most anticipated smartphone releases year after year. Following a modest upgrade with the S9 series, 2019’s Galaxy S10 lineup shook things up with an all-new Infinity-O design for the display, triple rear cameras, and even a third “budget” model.

In the coming months, it’ll be time for Samsung to take the wraps off of the Galaxy S20 (Samsung’s expected to ditch the S11 name). The phone has big shoes to fill, but knowing Samsung, it’ll be up to the task.

Without further ado, here’s everything we know about the Samsung Galaxy S20!

The Galaxy S20 is bound to be a great phone, but if you need a handset right now, the S10 is more than worth picking up. It continues to have a stunning display, blazing-fast performance, and very capable triple rear cameras. 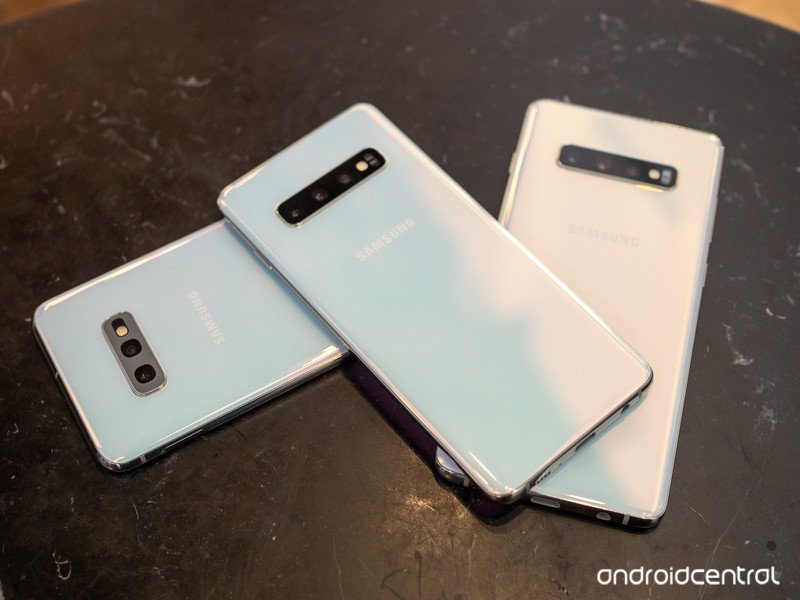 Most years, Samsung’s Galaxy S lineup has consisted of two releases — the regular model and a Plus one. With the S10, however, Samsung shook things up by launching the Galaxy S10, S10+, and S10e. Looking forward with the Galaxy S20, we’re expecting Samsung to stick with that three-phone release — kind of.

On November 9, 2019, tipster Evan Blass shared three screen sizes for the different S20 phones — inlcuding 6.4-inch, 6.7-inch, and 6.9-inch ones. Then, on December 30, another report suggested that Samsung will be dropping the “e” variant in 2020 and instead offer the regular Galaxy S, a Plus, and an Ultra model.

Most recently, on January 12, Max Weinbach released a heap of info regarding the Galaxy S20 lineup, including the various models Samsung is releasing.

While there will technically be five versions of the phone, the core models are the Galaxy S20, S20+, and S20 Ultra 5G. With the S20 and S20+, you’ll just have the option of getting 5G connectivity or not. 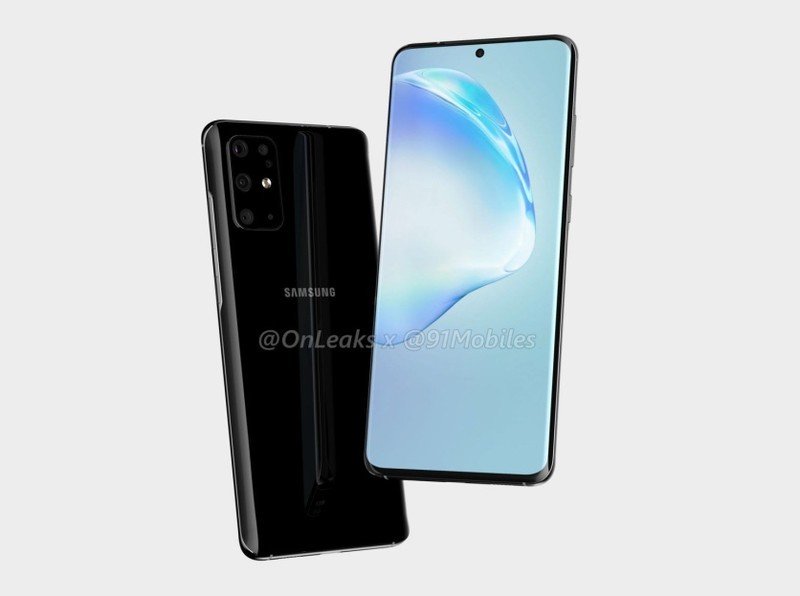 In regards to the S20’s design, it’s shaping up to be a modest change compared to the S10. November 22 brought us the first CAD renders of the upcoming phone, showcasing the device in all of its glory. The display once again has a hole-punch cutout for the front-facing camera, but this time it’s centered at the top of the screen similar to what we saw on the Note 10.

Around back, Samsung changed up the rear camera housing quite a bit. Instead of a horizontal bump in the top-center of the phone, we now have a chunky vertical one towards far left side. The S20 appears to have five camera sensors, indicating that Samsung’s ready to up its photography game (more on this below).

The CAD render also reinforces the 6.7-inch screen size that was previously mentioned, along with there being no 3.5mm headphone jack. However, that screen size leads us to believe this is actually the S20+ and not the smaller S20. 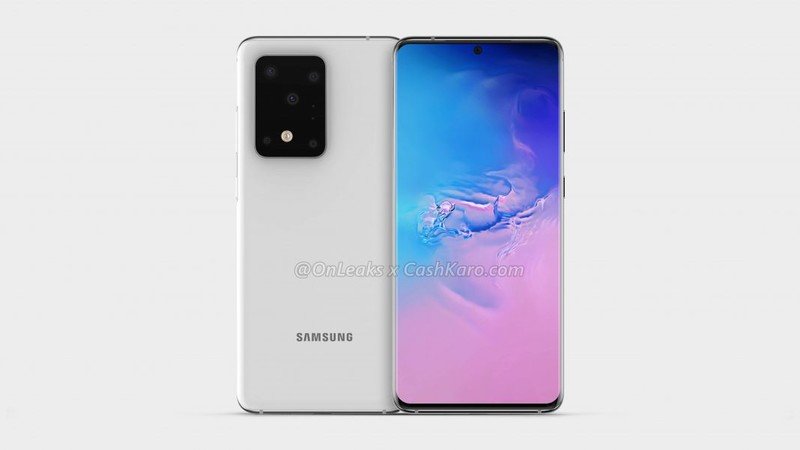 Then, on November 26, we got our first good look at the Galaxy S20 Ultra. It appears to share the regular S20’s curved hole-punch display, but the camera hump is quite a bit larger — consisting of five individual camera sensors. It’s bound to be an impressive photography tool, but there’s no getting around how polarizing this design is.

On January 12, we were treated to the best hands-on images yet of a Galaxy S20 phone — specifically the S20+ 5G. 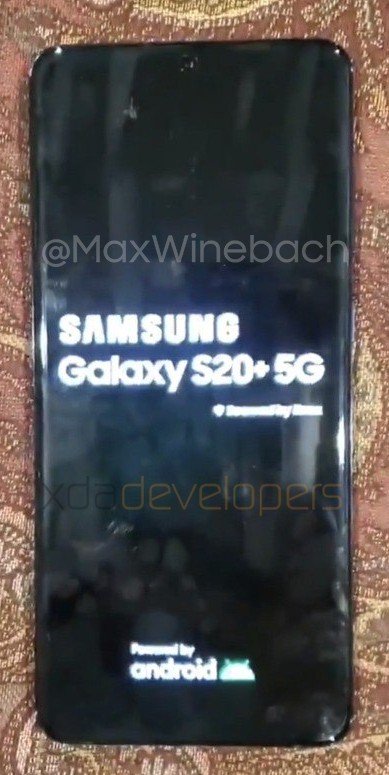 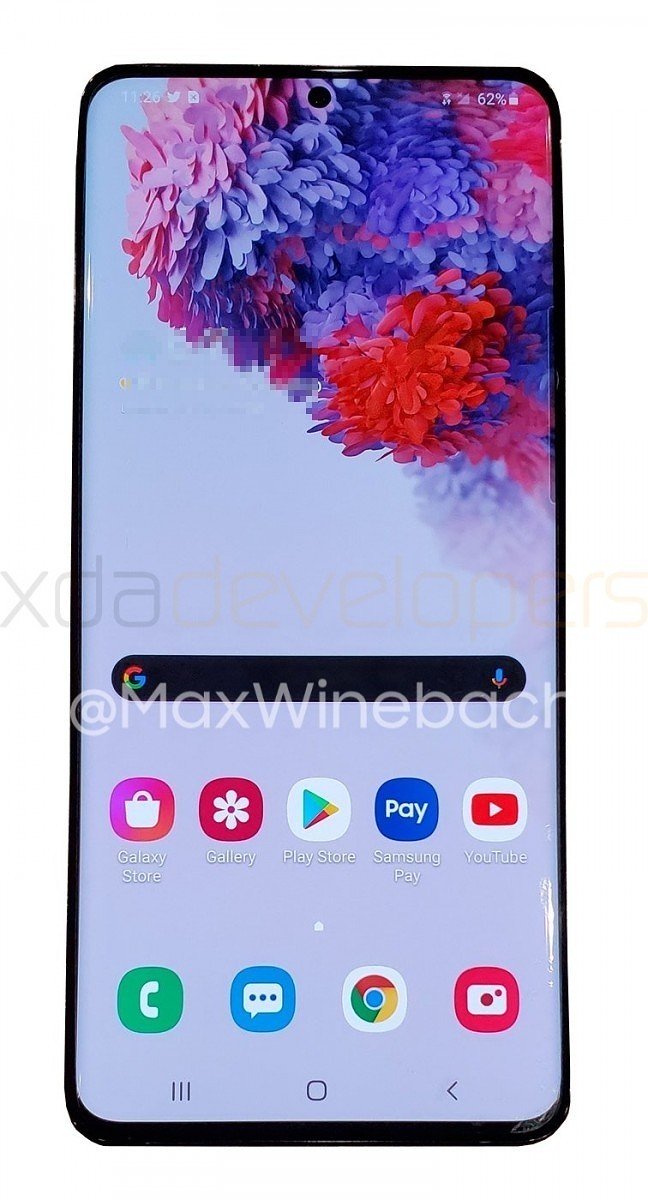 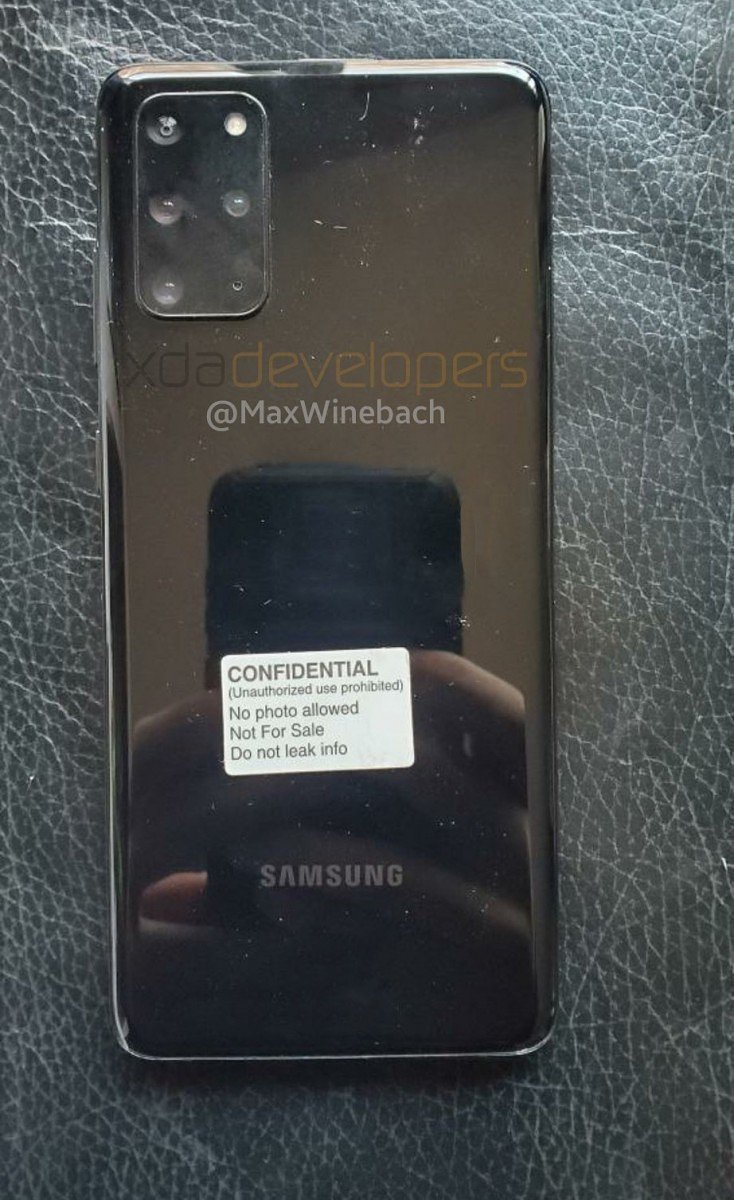 The S20+ in these photos lines up exactly with the CAD renders, indicating that this is the final design. Also, while the display is technically curved, it supposedly feels a lot flater in-person compared to something like the Galaxy S10.

Any idea what the specs will be? 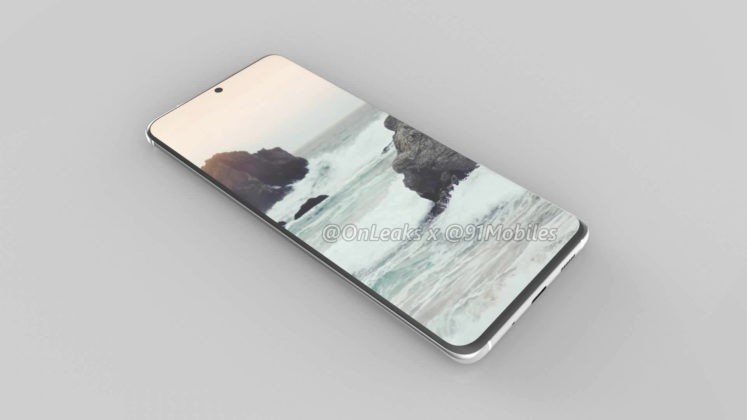 The Galaxy S20 series will be Samsung’s first lineup of flagships for 2020, so it shouldn’t come as any surprise that they’re chock-full of high-end internals.

Based on the latest leaks and rumors, here’s what we’re anticipating.

Right now, we know the most about the highest-end Galaxy S20 Ultra 5G. Some highlights for that phone should include up to 16GB of RAM, 512GB of storage, 108MP primary camera, and a massive 5,000 mAh battery. We’re also expecting a ton of new camera features, including a new “Smart selfie” mode and “Single take photo” that’ll automatically capture a few different angles of a photo in rapid succession.

For all three phones, we can expect Qualcomm’s Snapdragon 865 processor, 12GB as the base amount of RAM, and 120Hz high refresh-rate AMOLED displays.

How much with the different S20 versions cost? 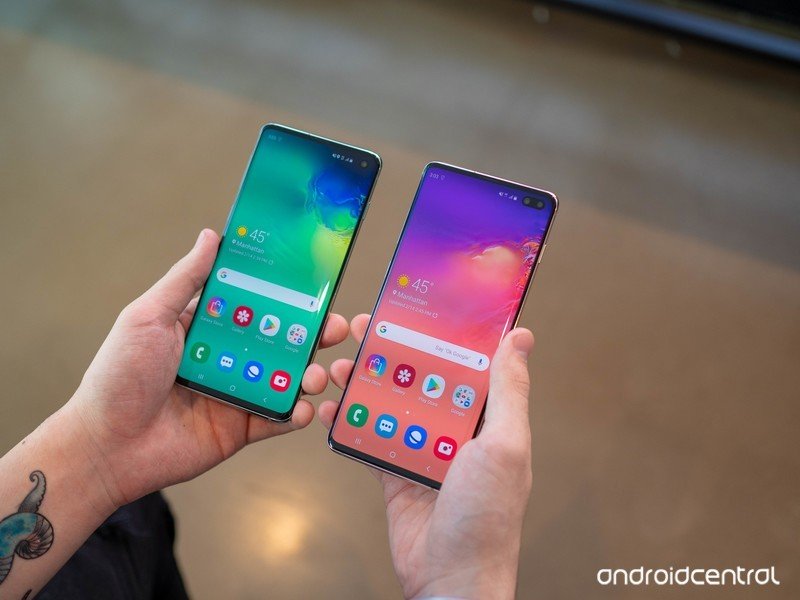 For comparison’s sake, here’s the retail pricing of the S10 series:

Phones tend to get more expensive with each year that passes, and that’ll probably be the case for the S20 series.

The severity of those potential price increases remains unclear, but expect next year’s handsets to be more expensive in some capacity. With the Note 10+ having a starting price of $1100, Samsung’s made it evident that it’s perfectly comfortable with $1000+ price tags. 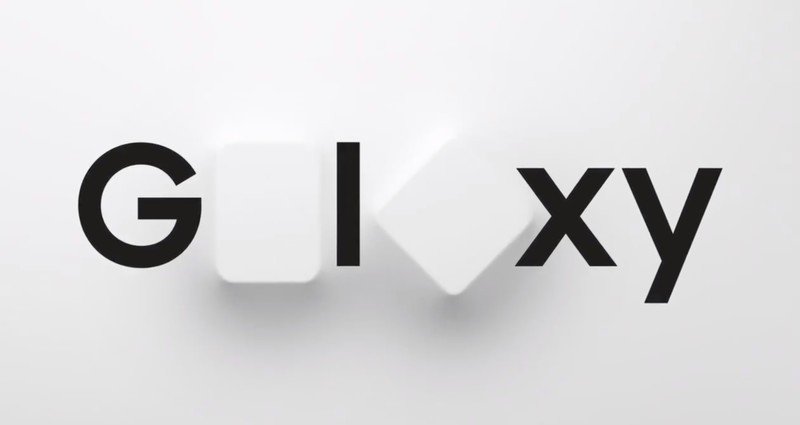 For the last two years, Samsung’s announced its Galaxy S phones in late February right before MWC. The Galaxy S10 was revealed on February 20, and the S9 had its unveiling on February 25.

On January 4, Samsung sent out press invites for the Galaxy S20’s unveiling, which is taking place on February 11. That’s a week before MWC, and it’ll be held in San Francisco.

In addition to the Galaxy S20, the event should also be home to an announcement for the Galaxy Fold 2.

What about the Galaxy S10? 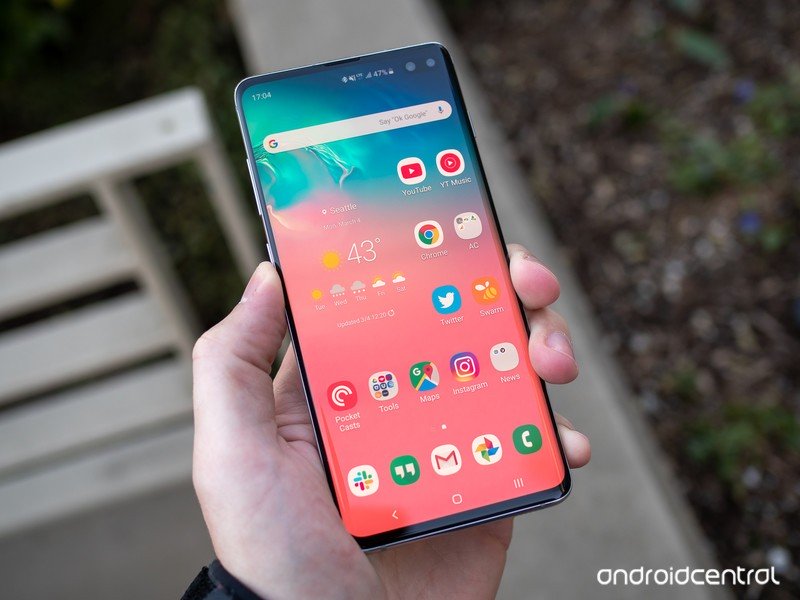 While it’s fun to get excited about what the Galaxy S20 will have to offer, that doesn’t mean you should already be counting out the Galaxy S10.

The S10 is still one of the best Android phones that money can buy, and now that it’s been out in the wild for a few months, it isn’t uncommon to find some pretty sweet deals for it.

You can certainly wait a few more months and hold out for the S20 if you prefer, but if you’re in the market for a new phone right now, we absolutely still recommend picking up the S10.

The Galaxy S20 is bound to be a great phone, but if you need a handset right now, the S10 is more than worth picking up. It continues to have a stunning display, blazing-fast performance, and very capable triple rear cameras.