HomeNewsEverything I learned about self-driving taxis at CES 2020
News

Everything I learned about self-driving taxis at CES 2020 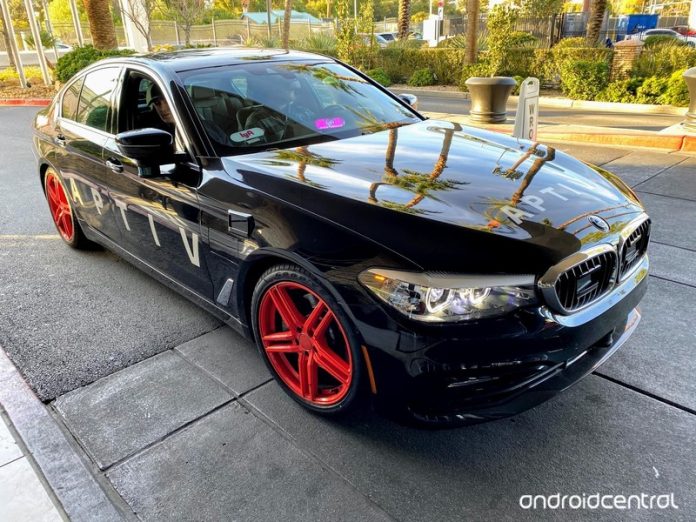 At CES 2020, I talked to a lot of people who work with self-driving cars every day, and their stories are amazing. 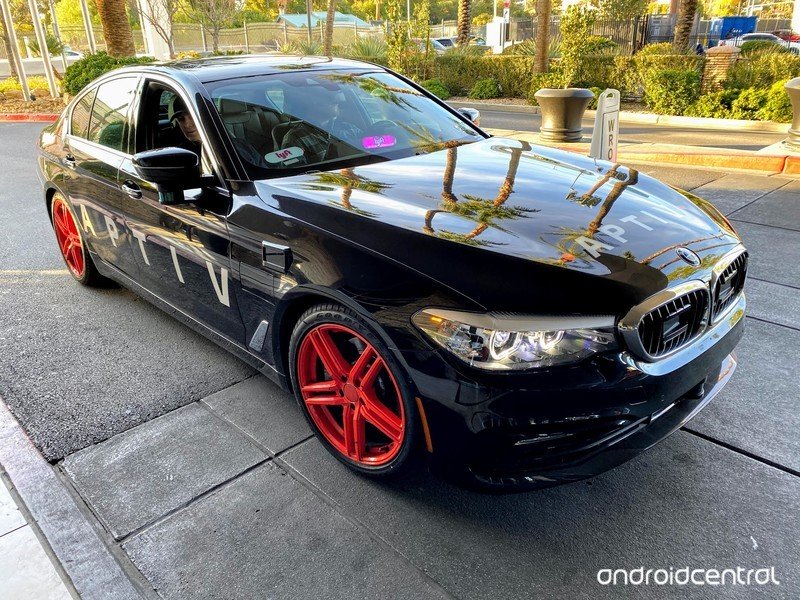 For the last two years, Aptiv and Lyft have been wow-ing people in Las Vegas with self-driving cars. When you ask for a Lyft to a destination on the Strip, you can get a little notification asking if you’re OK with the car being self-driving. I, of course, say yes every time and am delighted by when the BMW with bright orange rims and the Aptiv logo scrawled across it arrives, ready to take me to my destination.

Inside these cars there are two people, one to explain what the car is doing as you ride in it and one behind the steering wheel to take over should the need arise. I was not allowed to take any photos or record any video inside, so I started practicing this ancient bonding technique called “conversation” with the people in the vehicle. I’ve been in nearly a dozen of these self-driving cars this week at CES, and every time I got in, I asked the people up front to tell me about their experiences as “drivers” over the last two years.

They’ve asked I not share their names, but each of them had something interesting to say. Here’s what I learned.

1. Las Vegas is working hard to support these self-driving cars 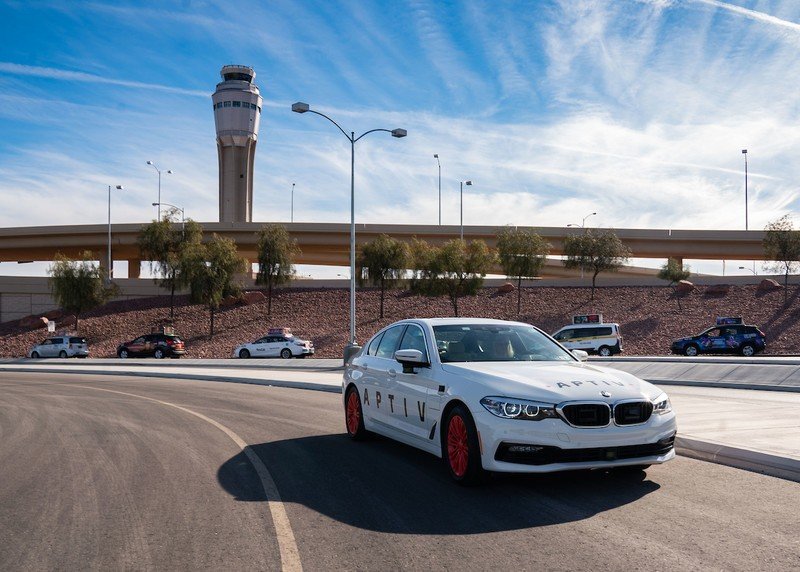 When you come to a traffic light on the Strip, the UI for Aptiv’s software shows not only the light but its current color position. Even when there’s a giant billboard truck in front of the car, the software somehow knows what’s happening with the traffic light.

Aptiv uses a camera system in the car to look at the lights, but it doesn’t have to rely on this. In Las Vegas, the city has installed special sensors on the traffic lights which broadcast the current state of the light to any platform that supports it. There are actually several high-end cars that use these sensors in their GPS systems, including Aptiv’s vehicles.

According to the Aptiv “drivers” I spoke to, this was a huge step forward for its software and is one of several important things the city has done in recent years to demonstrate its progress as a Smart City.

2. Ambulances are a problem for Aptiv’s cars

Aptiv’s combined use of Radar and Lidar make it so the cars can see both people and vehicles with ease. The UI shows the passenger of the Lyft what the car sees, which includes the direction the vehicles and people are heading and what it predicts those objects will do next. It’s an incredible thing to watch, especially seeing human shapes take form as they walk near the car.

Unfortunately, there’s nothing in the software right now to tell you what kind of car is near you. This doesn’t mean much most of the time, but if the car coming up behind you is an ambulance, that’s kind of a big deal. The self-driving tech isn’t capable of recognizing the need to get out of the way of this emergency vehicle, and that’s a fairly significant problem Aptiv has been working on.

Last year, in an effort to keep people from driving through an area they shouldn’t, the city installed concrete pillars which change the general flow of traffic on one of the streets next to the Strip. The relatively overnight nature of the change caused problems, because the Aptiv cars didn’t know to avoid that far lane in this intersection.

The problems were short-lived. Aptiv engineers quickly remapped that street and pushed the updates out to all the vehicles. And according to the drivers I spoke to, little changes like that happen all the time. It sounded like those changes were a manual process right now, which raises some questions about how well that system would scale, but knowing the approach is proactive is great. 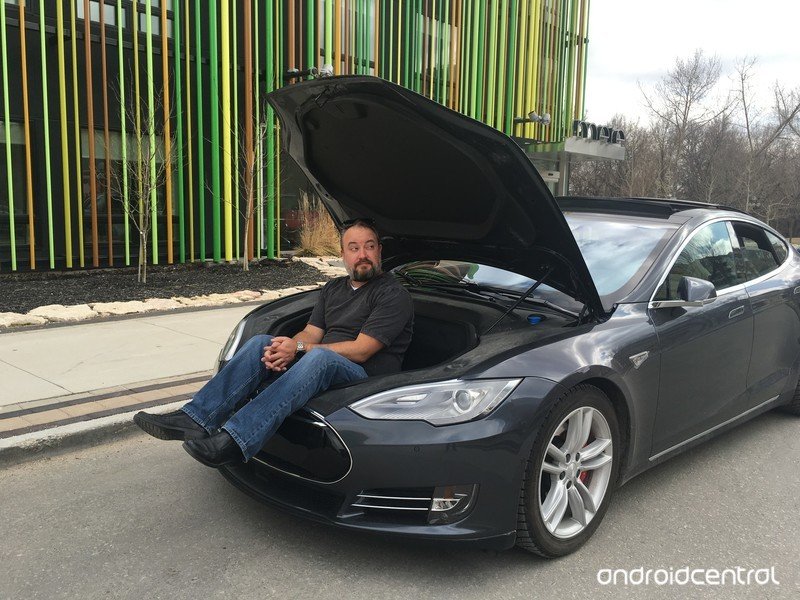 One of the drivers I spoke to is in love with Tesla’s cars. The style, the minimalism, the brand all excite him. But he also knows the car he uses for work every day is the superior self-driving vehicle. The camera-based system in Telsas is OK for monitoring the lane and keeping you in the right place, but it’s nowhere nearly as accurate or as functional as the Radar/Lidar hybrid used in the Aptiv cars.

To highlight this further, Aptiv’s platform is fully capable of driving around this city with no humans involved at all. The only reason Aptiv can’t demonstrate this to the public is Nevada law. It doesn’t matter how smart your car is, you need to be in the front seat and ready to take the wheel at a moment’s notice.

Aptiv uses its own maps, which it updates constantly. But this mapping system actually comes from necessity, because the maps we use on our phones every day aren’t accurate enough. According to the Aptiv driver I spoke with, Aptiv’s maps are accurate to a few centimeters. Google, Apple, and most other mapping apps are frequently off by feet. If you want your car to be able to drive itself on the road, it needs to know exactly where the road is.

Google Maps in particular has always been a human-read reference design, and there’s no denying how significant the inaccuracy can be in places. These details matter less when you’re eyeballing a map while driving yourself. When a robot is doing it, accuracy is significantly more important.

By default, Aptiv’s vehicles will wait when something is stopped in the road instead of trying to drive around it. Road cones are not a permanent fixture in a road, and there’s no easy way for Radar/Lidar to know the difference between a traffic cone and any other large obstacle in the road. So, when presented with a series of traffic cones, the Aptiv cars will choose to wait behind them until they move.

As you can imagine, this can cause problems.

7. Why are there two ‘drivers’ in Aptiv cars? 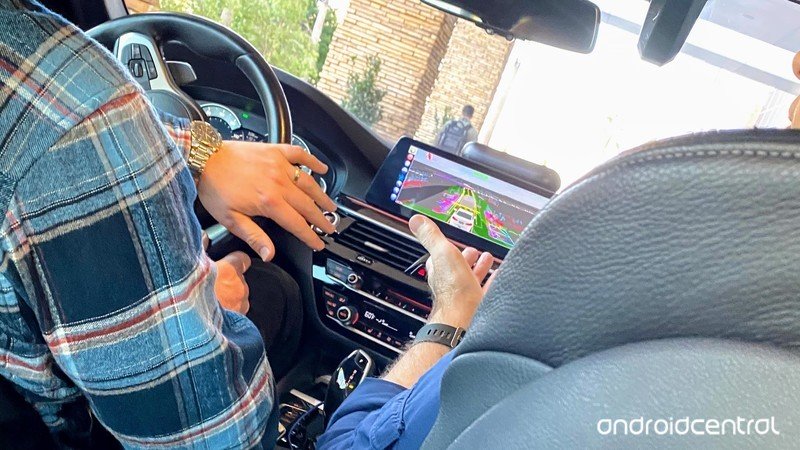 Yes, I know I took a picture when I wasn’t supposed to. Please don’t be too mad, Aptiv.

When Lyft tells you there’s going to be a self-driving car coming to get you, it shows you the image of this super cute little bubble car from the future. What shows up is a BWM sedan, with one additional person in the car than a traditional Lyft. It is, understandably, a little confusing.

Some of this is because of Las Vegas rules. Self-driving cars aren’t actually allowed to drive themselves when on casino properties, only on the Strip itself. So when you first get in the car, you see someone turning the wheel and applying gas and it’s all a little silly. But once you’re on the Strip, you see the wheel doing its own thing as you cruise around the town.

My biggest takeaway from the many trips in Aptiv’s vehicles this week is how dedicated the software is to safety. At every point on every ride, the software chooses the path of least conflict. If you cut these cars off, they will slow down and give you space. Instead of going around someone who is going “too slow” the cars will patiently wait. These self-driving cars are not the most thrilling ride ever, but the intelligence behind the wheel puts your safety and the safety of everything around it at the top of the list.

I don’t know how long it will be before self-driving cars are a significant part of our daily lives, but I was very excited to see how the people who have been enjoying them every day for years now think about the future of driving.